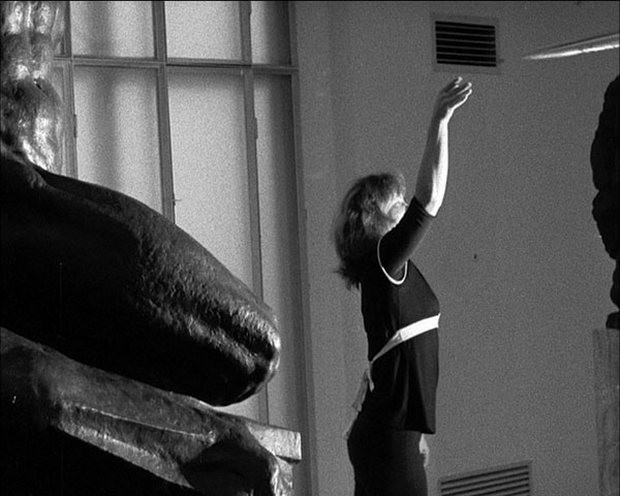 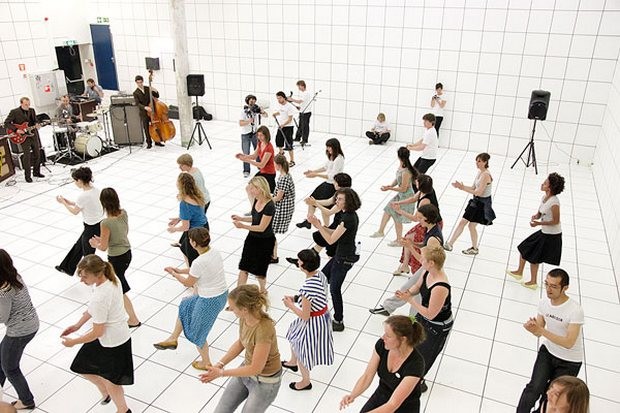 The third exhibition to be organised as part of celebrations to mark the 25th anniversary of the Ursula Blickle Foundation in Kraichtal explores another of the foundation’s projects: its eponymous video archive, which itself will soon be celebrating its tenth birthday. Founded in 2007 in partnership with Kunsthalle Wien and the University of Applied Arts Vienna, the archive has been housed in the city’s Belvedere/21er Haus since 2012 and is dedicated to the archiving and promotion of contemporary video artwork. DANCE IT! features the work of artists from the archive that focuses on bodies in movement. The frame of reference is intentionally kept open and covers diverse themes the interpretation of dance as a social phenomenon as well as a sign of virtuosity; as a form of discipline as well as an opportunity for self-observation; and as an immediate form of artistic expression,. The history behind the representation of movement is closely linked to that of the moving image: Maya Deren for example - one of the pioneers of experimental dance film - developed her own unique concept called ‘cinedance’in the 1940s.

This idea sees not only dancers engaging with choreographed movement in time and space but the camera as well, with the whole process being developed even further during the subsequent editing process. The possibilities of one medium should combine with those of another, giving rise to something new. The invention of the portable video camera in the mid-1960s meant that movement could be recorded quickly, at low cost and, most crucially, be played back in real time. This often meant that the camera was used as a mirror, as an additional tool to check gestures and movements; a self-reflexive element that has been the subject of discussion ever since. Contemporary video art that is focused on dancing bodies is, on the one hand, paying tribute to this rich history. On the other, it is also focused on trying to constantly find new ways to question how a theme is depicted or, to put it another way, to challenge existing paradigms of representation.

Dance always inherently allows for the possibility to transcend borders: physically, through self-discipline; psychologically, by achieving a state of trance; and socially, where the body can be read as a vessel for identity, as a dynamic entity in a state of flux that can be expressed through the medium of dance. DANCE IT! traces this potential through media, using the space to explore today’s status of the moving image. In the age of the digitalised cinematic experience and, often fetishised, 16 mm film in the so-called ‘white cube’, does it make sense to draw a line between film and video art? How can we categorise the specific media qualities of these formats and dispositives? And how have new distribution opportunities changed the way these forms of art are perceived and helped us perceiving the world differently?

One example is an installation designed by Baden-Württemberg-based artist Nathalie Koger, which will be simultaneously shown as both a 16 mm film installation and as a video on a monitor. In Was ausgestellt wird [What is exhibited] (2011) a Hula-Hoop artist takes over the studio of controversial Viennese sculptor Gustinus Ambrosi. Whilst the dancer seems like an invader from another dimension in space and time, the filmic staging of the piece manages to engage with the performance’s dynamic. This creates an additional reflexive level about the exhibition format and the direction of the gaze, which is ultimately transferred to the bodies of the visitors.

Annja Krautgasser’s Remake. Le Madison (2008/11) is a three-part installation devoted to the potential dance has to create commonality. In the piece Krautgasser draws on the famous scene from the film Bande à part (Engl. title: Band of Outsiders, 1964) by Jean-Luc Godard where the protagonists dance the Madison, a dance from the USA that was popularised in the 1960s and which found its way over to Europe largely thanks to the medium of film. Through the artist’s re-enactment, which took place in an art space in the Netherlands and involved dancers recruited for the project through newspaper advertisements, the focus is shifted onto a collective experience that also includes Krautgasser herself, questioning her role as the author of the piece. In Ella Raidel’s Family Affairs (2010) this collective experience takes on a more sinister tone: Men circle one another, seemingly as if preparing to fight, when suddenly a little girl appears as if from nowhere and one of the men starts spinning her ecstatically in circles. These are the fragmentary elements of a possible story which makes the observer reflect on their own imagination and clichés.

The moving body as a vessel for an individual and social history is the theme of Ulrike Lienbacher’s pieces Will I and II (2006), which aim to highlight the discipline and physical exertion that are required to produce supposedly ‘light’ and delicate movements. Until the End (2011), a video by artistic duo MASBEDO, also explores this issue by showing the bare feet of a ballerina as she repeatedly dances en pointe. The unflinching gaze of the camera allows viewers to fully concentrate on the moment, viewing it with a sobering, documentary-esque feel, the dancer’s physical strain becoming palpable. In Heidelbeeren und Preiselbeeren [Blueberries and Cranberries] (1983), Renate Kowanz-Kocer shows her own ankle-boot-clad feet as they trample the berries named in the film’s title. Eventually, dance has become only secondary to the action, a synaesthetic sign that brings forth other signs, thus inscribing itself into both art and media history.
www.ursula-blickle-stiftung.de