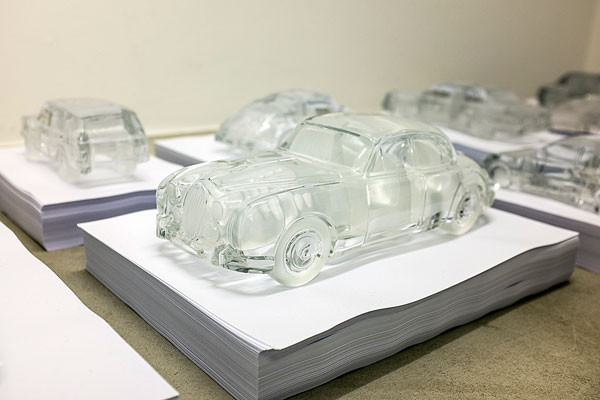 Plamen Dejanoff walks a conceptual tightrope between the system of contemporary art and the realm of business, making his works difficult to classify as affirmation or criticism, allegiance or subversion. Branding, image transfer and recourse to content from his own and others’ work are methods typical of his multiple artistic practices, in which he takes on many functions, such as those of developer, marketing strategist and producer, without endangering his artistic integrity. For example, Dejanoff set up a foundation in 2010 to revive the social and cultural life of Veliko Tarnovo, the centuries-old yet desolate former capital of Bulgaria. The resulting Foundation Requirements series, replicas of the ornate rooms inside historical buildings in Tarnovo – hybrids between stand-alone sculptures and 3D advertisements using high-quality material – and works from a recently started series of magazine covers and film posters will be compared with earlier pieces by Dejanoff for the first time. Using this retrospective-style approach, the exhibition reveals the artist’s universal logic of appropriation and presents a complex oeuvre that straddles Appropriation Art, Pop Art, Institutional Critique and social criticism.
www.ursula-blickle-stiftung.de