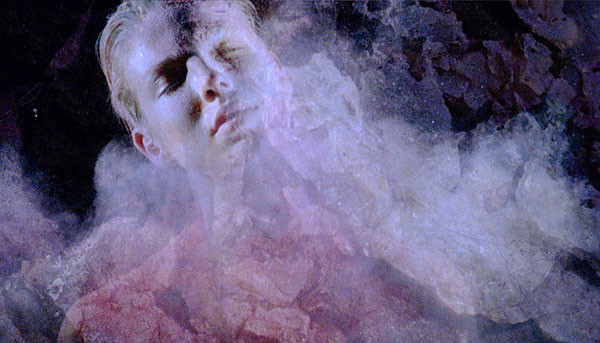 Ursula Mayer (Austria/Great Britain) works primarily with film, using this medium to develop installations that fill entire rooms, in which she explores performative staging and the traditional patterns of perception. In her works, Mayer deconstructs the elements of film-based storytelling in order to undermine the traditional standards of linearity and to question conventional images. This solo exhibition, the first cooperative exhibition project between the Ursula Blickle Foundation and the 21er Haus in Vienna, builds on the films Gonda (2012) and Pheres (2013). These two film collages can be seen as a visual encyclopedia of objects and cinematic devices. The works in the exhibition do two things: They transcend the limits of cinematic and visual genres in order to put these genres up for discussion, while at the same time introducing a post-dialectical discussion on gender in both form and content. Film has traditionally used its power to reinforce normative classifications. Ursula Mayer uses film to dissolve these traditional differences, in order to question familiar societal and visual conventions using well-known forms of expression that are brought together in new ways.