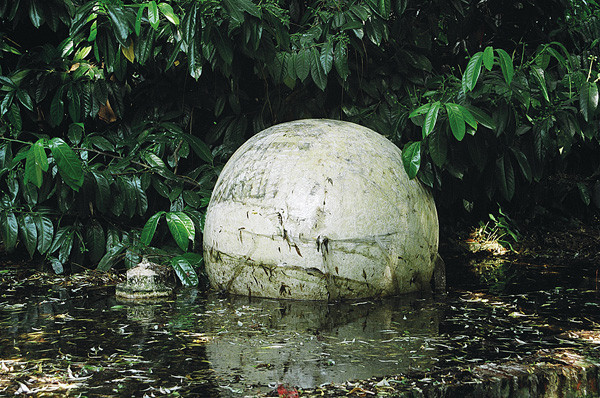 In spring 2011 the Ursula Blickle Stiftung is showing the first large solo exhibition by the Brussels-based Canadian artist Zin Taylor (b. 1978). Taylor is known for his elaborate installations and stories using the media of performance, sculpture, graphic art, and video. Narration is an elementary component of Taylor’s works. The themes of his stories are often taken from popular culture as well as from the so-called underground and from contemporary art. They reflect his interest in natural forms, which he produces using traditional craft techniques. The result is archaic-looking forms. The mystery of the emergence of form and how it is achieved in art (especially in sculpture) are the central concerns of The Units / Die Einheiten. The title of the exhibition is an allusion to the nature of sculpture, which does not separate its two essential building blocks: material and time. Using sculpture form Zin Taylor hopes to convey the magic of a story and astonish us.Curator Dieter Roelstraete, Museum van Hedendaagse Kunst, Antwerp

An artist’s book with texts by Dan Adler, Dieter Roelstraete, Mark von Schlegell, and others will be published on the occasion of the exhibition.
www.ursula-blickle-stiftung.de