I don't know it's an illusion I don't care 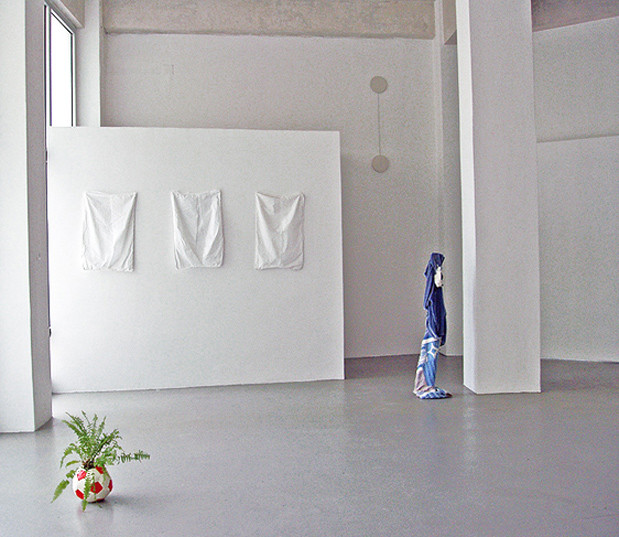 The exhibition becomes an installation that would not result in a clear coherent message. Instead, the exhibition as a whole or even each artwork on its own can be experienced without the necessity of a “reading”, the focus is pure aesthetic experience, devoid of theory or spoken/written language based interpretations. Total failure is very likely, as it is almost for sure somebody will come up with a coherent reading of the exhibition. Yet, the acknowledgement of total failure of communication lies at the core of this experiment.

The installation of works will be a direct response to the exhibition space from an architectural point of view; Being-in space and place: an existential approach to the reading of enclosed space and the particularities that make it a place for art.

It will be an assemblage of artworks by young artists whose practice is informed by the Internet and the particular non-linear interpretations of the history of visual culture it generates. This does not mean that the selected works rely on the Internet's own aesthetic dispositifs. The works are the result of individual artistic praxis that surpasses notions of immateriality commonly related to net art or new media art. Aesthetically, the works belong to a post-internet realm and as much as they may reference 20th Century avant-garde art directly or tangentially, they are informed by novel experiences of visual culture through the Internet and they are not the result of a nostalgic gaze or a revisionist intent; Instead, they are the result of each artist's own return to the object.

Many thanks to Angelo Plessas for the exhibition’s initiative.
www.vamiali.net