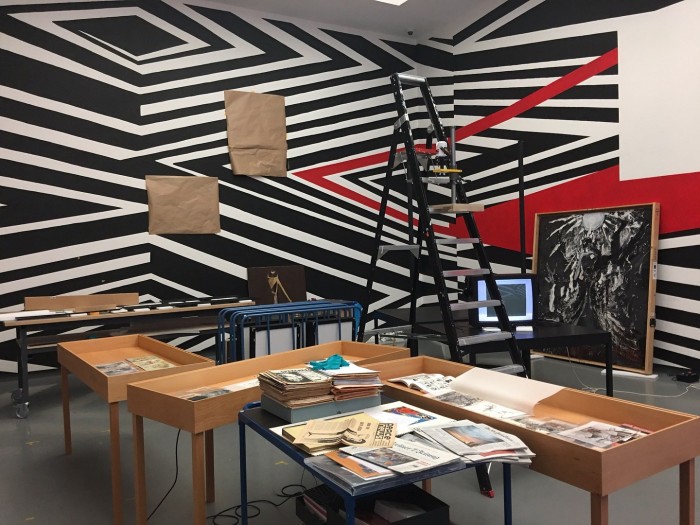 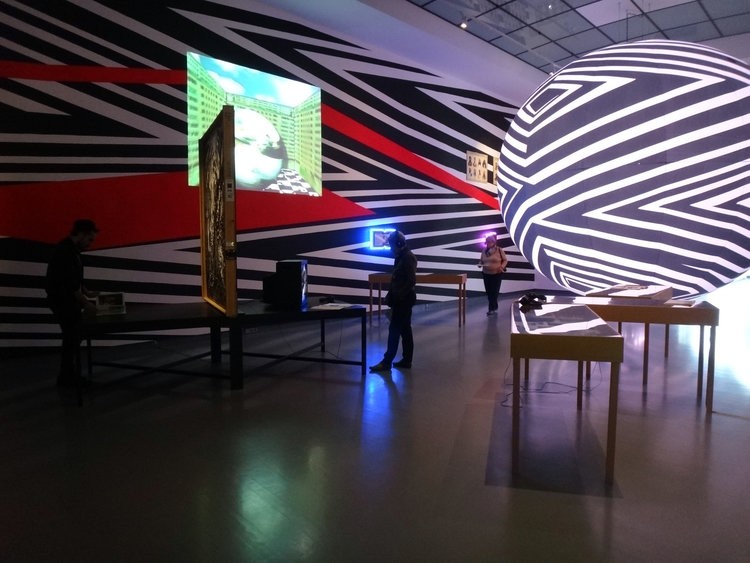 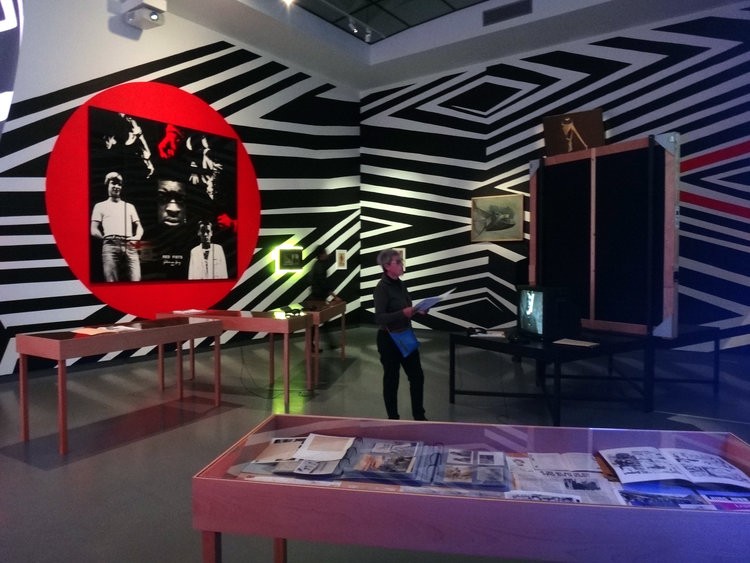 On September 15th the exhibition Ahy-kon-uh-klas-tik opens in the Project Room on the 2nd floor of the Collection Building. Set within an immersive wall painting the installation combines a trans-historical selection of works from the Van Abbemuseum’s collection, sculpture and assemblages by the artist, rarely seen documents and publications from the museum’s library as well as the artist’s own extensive archives that focus on popular and official documents relating to colonial and stereotyped agendas of the global south. The title of the exhibition, the phonetic spelling of Iconocalsm, alludes to the manner in which Andrews project takes apart and upends methods of categorising, presenting and mythologizing cultural histories. It also challenges the use of the Greek classical term in the light of Western philosophical dominance; reflecting on the extreme linguicide of Aboriginal languages since the British invasion of Australia in 1788.

Brook Andrew’s multi-facted research practice centres on fundamental questions: What connects artefacts and pieces of information in an archive? How are art and cultural histories constructed and on whose terms? In the Van Abbemuseum, like many western modern art museums, this commonality was a worldview that marginalized and distorted stories and perspectives from outside its own, safeguarded perimeters. It has produced images, histories and personae that have long been accepted as uncontestable truths. Andrew’s work is driven by the need to challenge thes ‘truths’. In this sense he is suggesting a form of iconoclasm against the myths of art history and our inability to challenge dominant views.

Drawing on his mixed history of Australian Celtic and Wiradjuri (Aboriginal Australian), acknowledging the complexity of the erasure of Aboriginal histories due to the practices of settler colonization, Andrew’s approach demands that we orient our relationship to historical narratives and the images within them. To this end, for Ahy-kon-uh-klas-tik he has selected a number of key modernist works form the collection, including Pablo Picasso’s Buste de Femme (1946). Andrew has a particular relationship with the mythology of Picasso and his engagement with cultures from the colonies, which here he aims to undo by placing it on its side as Wilfredo Lam’s Le Marchand D’Oiseaux (1962) looks on in curious voyeurism.

These paintings, as with works by El Lissitzky, Anna Boghiguian, Yael Bartana, Gabriel Orozco, Nilbar Gures, Keith Piper, Mike Kelley or Gilbert and George will be hung in constellations over an expansive wall painting and large inflatable sculpture. The painting and sculpture use a recurring motif for Andrew that is inspired by ancient Wiradjuri carving practices found on trees (dendroglyphs) and shields. It serves both to disrupt the walls and space of the museum’s white cube as well as playfully and surreptitiously disorienting the visitor, optically and physically.