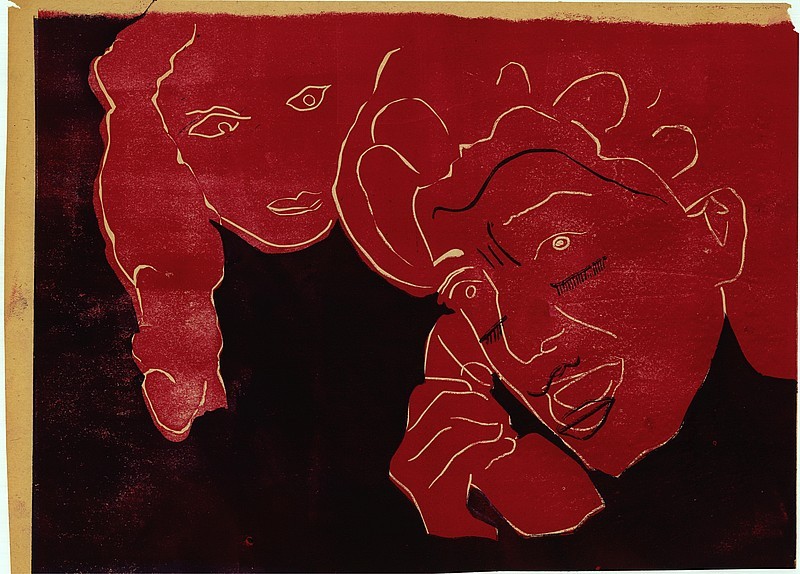 And on Sundays we celebrate Friday is the first solo presentation of one of Eindhoven’s most singular artists, Dick Verdult. As a visual artist and musician in the experimental Cumbia music, he has acquired a cult status, especially in South America, Russia and Japan. He is less well known to the public in his home town. The Van Abbemuseum is (re-)introducing the audience to his rich and multidisciplinary oeuvre.
And on Sundays we celebrate Friday is one of the three exhibitions which form part of VANUIT HIER - OUT OF HERE. In the context of the 75th anniversary of the Van Abbemuseum these three exhibitions focus on the direct and valuable relationship between the museum and artists, collectors, and the regional context. In addition they show how the city of Eindhoven has served as a source of inspiration for (inter)national artists for decades.
Dick Verdult is a member of an important and well-known generation of artists which emerged in Eindhoven in the 1980s and also includes René Daniëls and Henk Visch. Verdult’s artistic practice can be distinguished from that of his contemporaries because it covers a larger number of disciplines. It comprises films, performances, graphics, drawings, radio productions, texts and music. Verdult works as an individual, but is also the driving force behind the creation of various group ventures, such as the IBW - Instituut voor Betaalbare Waanzin (Institute for Affordable Lunacy), Centro Periferico Internacional, Festicumex and Fadispo.
With his broad orientation it proved complex to position him within the disciplinary boundaries which applied in previous decades. However, his artistic diversity meant that he was a precursor of the contemporary hybrid artistic practice which is particularly suitable for expressing and understanding local and global realities. Verdult’s work has become a source of inspiration for young artists from Eindhoven.

"If you’re wondering what this is about, that’s what it’s about!"
And on Sundays we celebrate Friday is not a traditional retrospective exhibition. The exhibition which mainly consists of new works, shows how Verdult explores the tensions between the ordinary and the special, the chic and the everyday, using very different media. As the son of a Philips employee, he grew up on different continents. His curiosity at cultural differences proved to be a rich and humorous source of inspiration for this indefatigable explorer. Verdult’s settings, prints, images, film projections and sound installations are a response to current and universal intercultural misunderstandings and phenomena such as demagogy and populism. Instead of attempting to inhibit these, he continues to accelerate them with a twist. In his work he normalises confusion. In Verdult’s eyes, giving meaning to things is the same as “missing something that is also right.” His view of reality, which is eclectic and permeated with a specific humour, is an invitation to develop new understanding of our global identity. It serves as a playful and pointed addition to the contemporary social debate. His work has more of a documentary than a fictional character; it is a way of shaking off recognisable clichés and always refers to a reality that can be recognised. One of his friends once said: “Everything which anyone can do is by Dick Verdult”, or as Verdult says himself: “Nothing is what you do not recognise”.

A surfeit of versatility
And on Sundays we celebrate Friday demonstrates Verdult’s surfeit of versatility, varying from his anti-dolphin behaviour to the pink façade of the Argentinean presidential palace, from the walls of cheap hairdressers to a lepers’ island and tattooed fridges, via a cannibalistic self-portrait or his “ugly” drawings which illustrate distorted clichés and mad images on the South American continent in their grotesque multiple expressions. Verdult’s themes sometimes extend for decades. Het Panoptisch Perspectief draait altijd door (The Panoptic Perspective turns and turns) (2011) serves as an example of his consistent oeuvre and working process. The work had already been conceived on paper in 1995, but will be executed as a sculpture in zinc for this exhibition
www.vanabbemuseum.nl