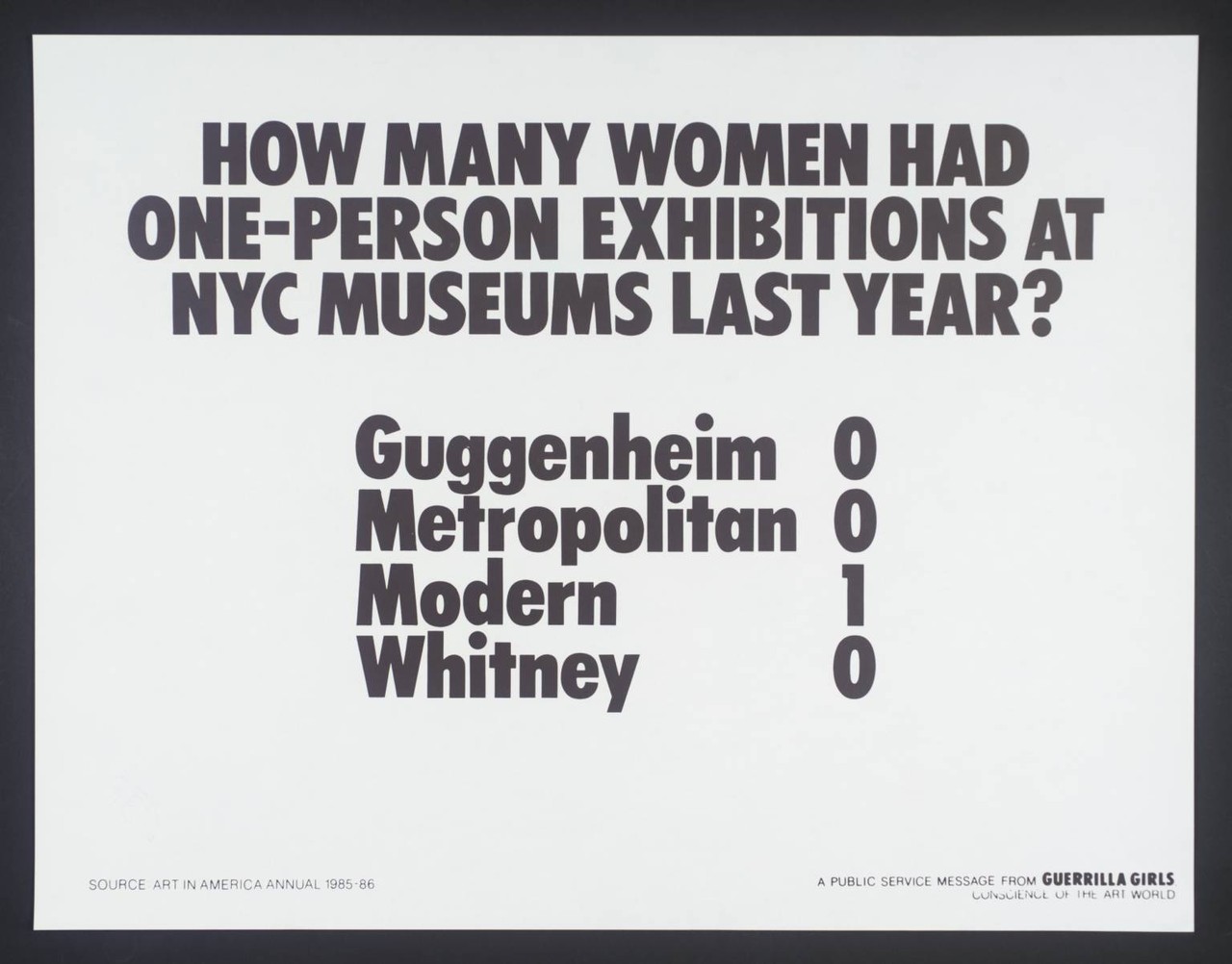 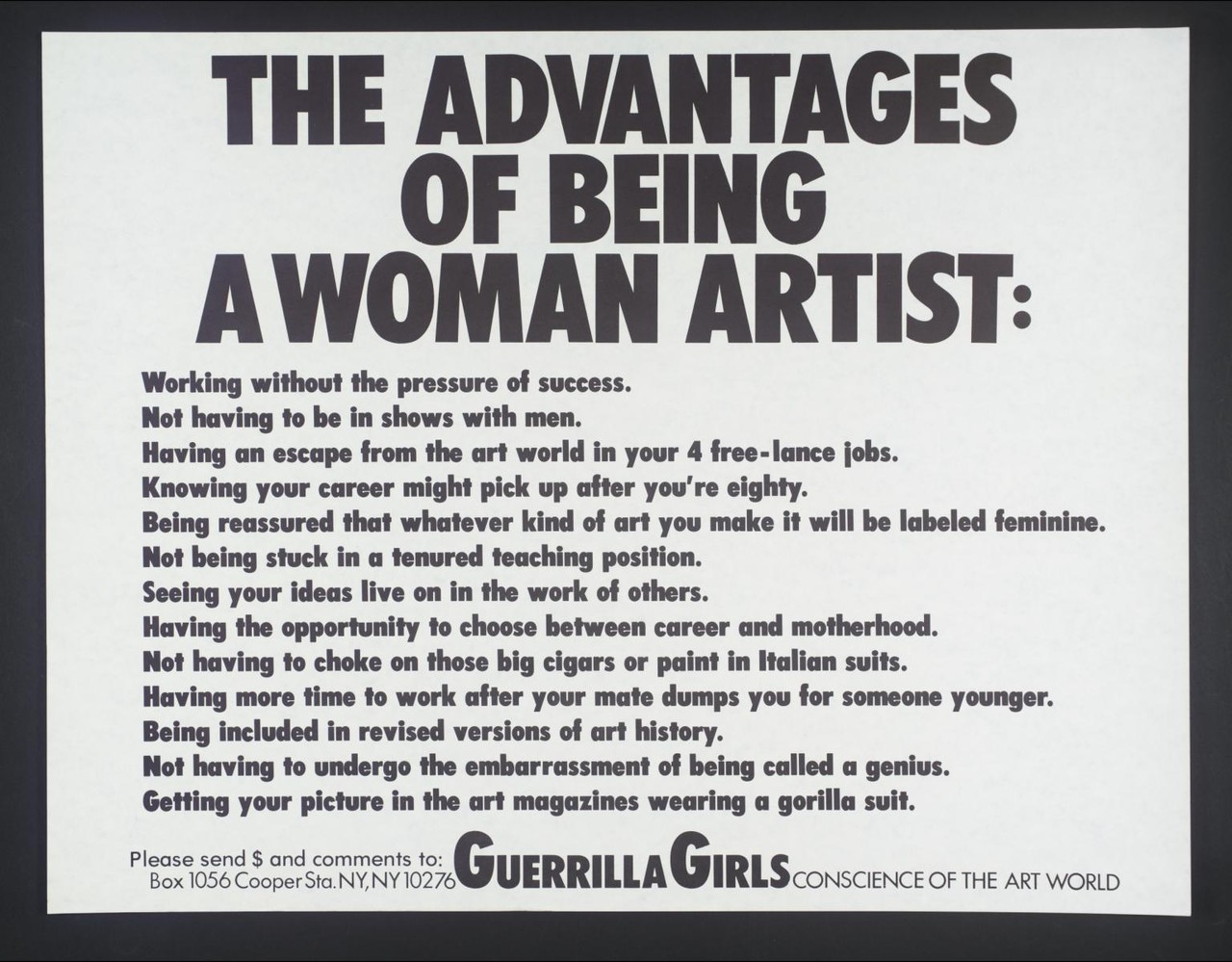 The Guerrilla Girls 1985 - now exhibition presents the history of the development of the activist group of artists Guerrilla Girls and shows their relevance through the years and up to today. It shows a selection of the group’s work made between 1985 and 2012, supplemented with a number of art books that the group has made over the years.

The starting point is the establishment of Guerrilla Girls in 1985. The group was founded in response to the exhibition An International Survey of Recent Painting and Sculpture which took place in the MoMA in 1984. This exhibition, organized by the curator Kynaston McShine, presented the work of 169 artists. Only 13 of them were women. The exhibition claimed to present a survey of contemporary art, but largely left female artists out of consideration. Kynaston McShine made the following comment about the exhibition: “Any artist who wasn’t in the show should rethink his career”.

The Guerrilla Girls were founded as a response to this and as a protest. They see themselves as the “conscience of the art world”. In 1985 they started their so-called “weenie counts”; they counted the number of male and female artists represented in the large museums in New York. This resulted in their posters, which reflect the representation of women in the art world using this data. The group put up the posters in the districts of SoHo and East Village in Lower Manhattan, New York and described the posters as “public service announcements”.

During the first year the Guerrilla Girls focused particularly on examining the relationships between men and women in the art world. From 1986 they also started to deal with issues of a racial nature in their work. Later this was also extended to “queer”-related issues. The Guerrilla Girls often send their message in the posters in a humorous way.

They only appear in public wearing gorilla masks. It’s important for them to remain anonymous as most of them are practising artists. The group members adopt the names of dead female artists including Frida Kahlo, Zubeida Agha, Diane Arbus, Georgia O’Keeffe and Rosalba Carriera.