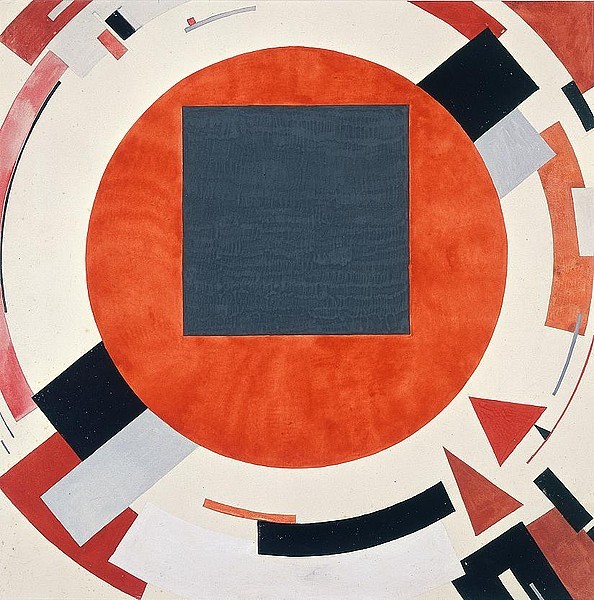 The Lissitzky+ presentation sheds new light on Lissitzky’s oeuvre. An entire floor of the museum’s new building is being rearranged for this exhibition.
The Van Abbemuseum hosts one of the world’s biggest and most important collections of work by the Russian artist El Lissitzky (1890-1941). He was probably the most dynamic artist of his time. Lissitzky is highly important to the Van Abbemuseum. His work, his ideas and his artistic objectives correspond closely with the museum’s own engagement with experimentation, radical creativity and public participation.
Lissitzky was not a creator of static, self-contained works. His creativity was dynamic, public, a mass of plans and projects, bristling with life. The museum is keen to make that verve – that vitality – tangible for today’s public. Lissitzky was a painter, a graphic artist and a designer of architecture, furniture, books and posters. He was a writer, a photographer and an indefatigable traveller. He was, moreover, a veritable mediator between the cultures of Soviet Russia and Western Europe. He collaborated closely with Kazimir Malevich, Hans Arp, Kurt Schwitters, László Moholy-Nagy, Theo van Doesburg and many other people, including architects, theatre directors and filmmakers from across Europe. Inspired by innovations in technology and science, in the 1920s these artists were searching for a new, revolutionary visual idiom with which they wanted to represent a utopian reality. Artists employed this visual idiom for the advancement of a new socialist society, most especially in Russia.
Malevich became the mentor and later colleague of Lissitzky. It was through Malevich that Lissitzky became acquainted with Russian Futurism. The outbreak of the First World War forced the young Lissitzky to leave Germany, where he had been studying architecture. He returned to Russia, first to Moscow and then to Vitebsk (now in Belarus), where he taught at the People’s Art School, which Chagall had founded there after the Revolution. Malevich moved to Vitebsk to teach at the academy, and Lissitzky subsequently became a convert to the dynamic, geometrical art that Malevich termed ‘Suprematism’. This movement’s ambition was to change the world. The past was dead; the only monuments of any significance were ‘Monuments of the Future’, as Lissitzky called them.
The museum has invited Professor Dr. John Milner of the Courtauld Institute in London, who is an authority on the Russian avant-garde, to devise a presentation around the Lissitzky collection. The aim of this presentation is to show Lissitzky’s oeuvre, as well as work by his colleagues and contemporaries, in several different contexts. This exhibition casts new light on Lissitzky’s oeuvre and the context in which it was produced, as well as on Lissitzky as a person. Lissitzky could be regarded as an important precursor of the contemporary artists, someone who was aware of his social and political role as well as of the demands that he made of himself and others with regard to artistic innovation.
Victory over the Sun, the futurist opera that received its premiere in St. Petersburg in 1913, is the focal point of this exhibition (19 September 2009 to 25 March 2012).
www.vanabbemuseum.nl