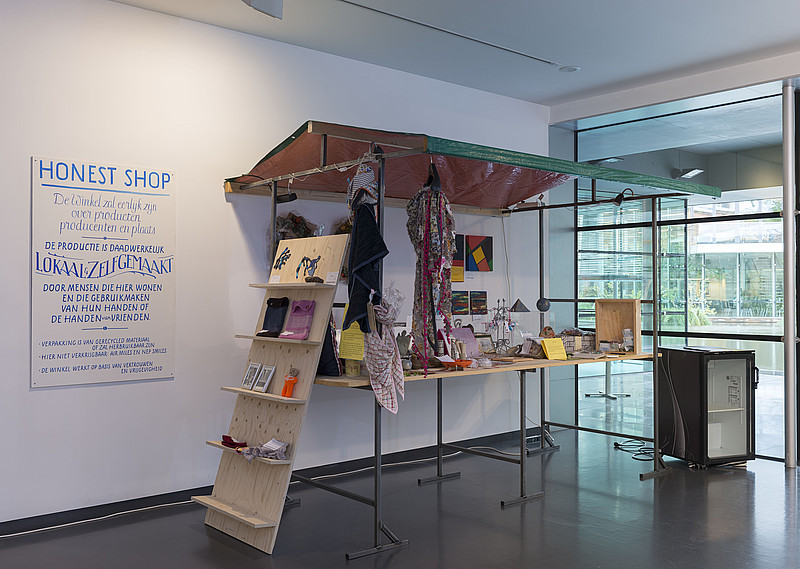 Arte Útil in Spanish roughly translates as ‘useful art’ but it goes further suggesting art as a tool or device. The Museum of Arte Útil will present an archive spanning nearly two centuries. These case studies imagine, create and implement beneficial outcomes by producing tactics that change how we act in society. Some of the case studies will be activated by users of the museum, whilst others will be analysed and debated.

How do we ‘use’ the museum? How can it become a site of production, and output? Through this project the museum aims to transform the museum, with a fixed set of attributes, into a Social Power Plant. At the project’s core is the Arte Útil archive, which tracks a significant and growing development in artistic practice. This archive provides the fuel for the Social Power Plant where it can be activated through use, analysis and debate.

Various live projects will take place in the museum on a 1:1 scale. One of these is the Honest Shop, realised in collaboration with UK based arts organisation Grizedale Arts. The idea of the Honest Shop is to develop a production for and by local people. Home-made products can be brought to the Honest Shop and sold. Since the Dutch Design Week we have the Honest Stall, which is a great success. Another project is Light Therapy by Slovenian artist Apolonija Šušteršič. Light Therapy was originally made for the Moderna Museet, Stockholm to prevent a mild wild winter blues and sleeping disorders. At the Museum of Arte Útil, the light therapy room is conceived to increase communication and social interaction, drawing on the benefits of ultramarine light. The public can use this light therapy, which is realised in collaboration with the Eindhoven based organizations Light & Health Research Foundation (SOLG) and Philips Lighting.

A lexicon of terms is being developed for the Museum of Arte Útil. As much of the vocabulary that we have to describe art seems insufficient to deal with this type of practice, the Museum of Arte Útil has commissioned theorist Stephen Wright to develop a lexicon of terms. The lexicon includes terms that Wright feels should be ‘retired’ alongside what he refers to as ‘emergent concepts’ and ‘modes of usership’. Stephen Wright is a writer and professor at the European School of Visual Arts.

Nick Aikens, Tania Bruguera, constructLab (with Alex Roemer, Bureau d'Études, Collective Works and others), Annette Eliëns, Charles Esche, Annie Fletcher, Gemma Medina and Alessandra Saviotti
This is the list of initiators and the methods through which the case studies will be presented. Through analysis and debate these method rooms and their configuration may change.

Rooms of Propaganda, Legitimation and Belief