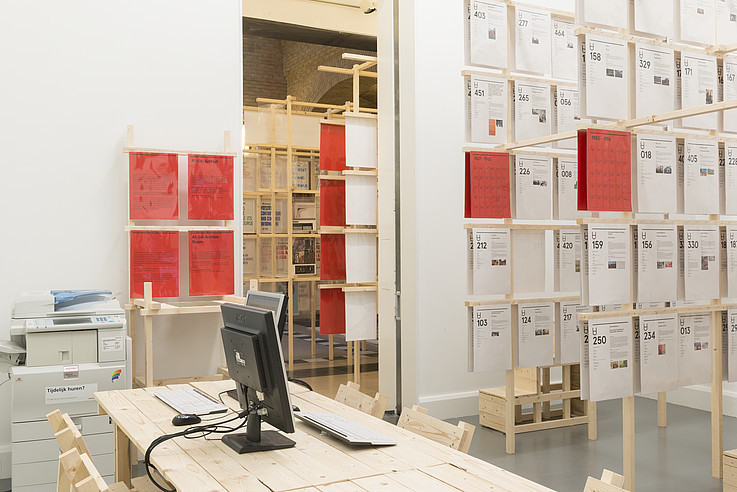 A year ago the Van Abbemuseum hosted The Museum of Arte Útil, a temporary institution within the museum’s Old Building. The project was the initiative of the artist Tania Bruguera, at is core was an archive of over 200 art projects, form the 19th century to today that showed how individuals, collectives or whole communities were using artistic thinking to respond and intervene in different urgencies. Equally, the project aimed to test the role of the museum and its capacity to put pressure on the institutions physical and conceptual architecture. It aimed to shift the role of the visitor from one of spectatorship to usership.
As part of its ongoing commitment to develop and maintain the Arte Útil archive, we are presenting a series of projects on the first floor of the museum. Situated adjacent to the DIY archive which forms a central part of the collection display Once Upon a Time..., the Arte Útil projects present an alternative means of practicing, archiving and presenting art from the mid 1965 - 1985.
www.vanabbemuseum.nl