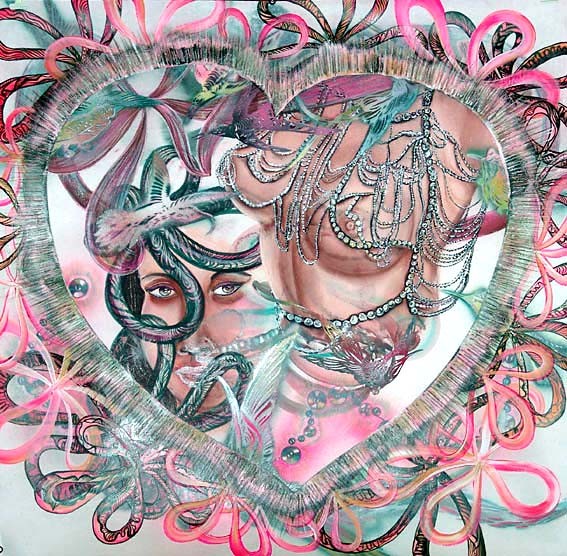 In the context of its anniversary the museum has invited ten collectors who are closely involved with the Van Abbemuseum to share their personal passion for the arts with the public. The collectors, who are all members of the Van Abbemuseum Promoters Foundation, selected one important work from their collection and explained their choice in a video interview which formed part of the exhibition. The museum itself also made a selection from these collections and in this way focused on a number of story lines within every individual collection. The works are exhibited on the five floors of the tower of the Van Abbemuseum, a very special setting for this exhibition. The internationally well-known designer Piet Hein Eek is responsible for the spatial design of the exhibition.
With The Collectors Show, visitors have a unique opportunity to see various works from private collections which are only rarely on display in the public domain. This reveals an important and generally invisible link in the history of the Van Abbemuseum.
The Van Abbemuseum has been able to maintain and extend its position as an internationally well-known museum of contemporary art partly as a result of the involvement of the Van Abbemuseum Promoters Foundation. Established in 1989, this group of businesses and entrepreneurs from the Eindhoven area has developed to become an essential support for the arts in general and for the Van Abbemuseum in particular. Their enthusiasm for the arts is an inspirational example. This patronage is by no means new and has played a crucially important role in the history of the arts, art collections and places where these are presented. It was the cigar manufacturer Henri van Abbe, himself an enthusiastic collector of contemporary art, who donated a museum building, as well as an exploitation and purchasing budget, to the city of Eindhoven in 1936. As a result, the Van Abbemuseum became one of the institutions in the Netherlands which was established with the help of a private initiative. Twenty-six works in Van Abbe’s private collection were given a place in the museum’s collection, a number of which are included in The Collectors Show as a prologue.
In The Collectors Show the museum evaluates and explores the special relationship between the city and its regional patrons. It is particularly those who demonstrate their commitment to the arts by collecting themselves who are in the spotlight in this exhibition. In The Collectors Show ten collectors share some of their favourite works from their private collections with the outside world, often for the first time. Their collections include works by important “classical” artists such as Francis Picabia, Lee Lozano, Lynda Benglis and Paul McCarthy, but also works by younger talents such as Yael Bartana, Ryan Gander, Moyna Flannigan and Marc Bijl.

Interviews
In the interviews which were recorded specially for the exhibition the collectors explain what art means for them in general and what these purchases meant in particular. Their accounts bear witness to the many different ways in which works of art can move people, how they experience the personal contact with the artists and why they embarked upon a special and long-term relationship with the arts and with the Van Abbemuseum.

Personal choices
Museum director Charles Esche and curator Christiane Berndes responded to the highly personal choices of these collectors with their own selection of artworks in the tower of the museum. With these works they established cross connections between objects of art, owners and art movements. Some of the collectors prove to be inspired by a specific movement, while others discover in the art a unique insight or unexpected expression of themes which they come across in their everyday professional practice.
The collector Gerard Meulensteen is a very active supporter of the arts in Eindhoven, amongst other things through establishing the Meulensteen Art Centre. In addition, he opened his own museum, the Danubiana, Meulensteen Art Museum in Bratislava, and built up a collection of Slovakian art there, amongst other things. Andrea Davina is one of the youngest collectors and one of the few female collectors in the Van Abbemuseum Promoters Foundation. Her collection is small but very special. She is interested in art which makes her think and provides her with new insights. She is keen to support younger artists. Harm and Floor Haak both work as medical specialists. Their commitment to the welfare of people from all sorts of cultures is expressed in their work on a daily basis. This commitment is also reflected in the choices for their collection.

Exhibition design by Piet Hein Eek
Piet Hein Eek, the internationally well-known designer who works in Eindhoven, is responsible for the spatial design of the exhibition. He accepted the challenge to design a suitable setting for the works of art in the tower of the museum. The Van Abbemuseum invited him because of his involvement in and innovative contribution to the cultural climate of the city and his unique view of art. Eek endeavors to ensure that the works are able to come into their own as fully as possible in the setting he has designed, so that the presentation serves this end without losing its individuality. Eek’s designs are honest both in terms of the materials used and in terms of the technology; he shows you how things work.