Who Owns The Street? 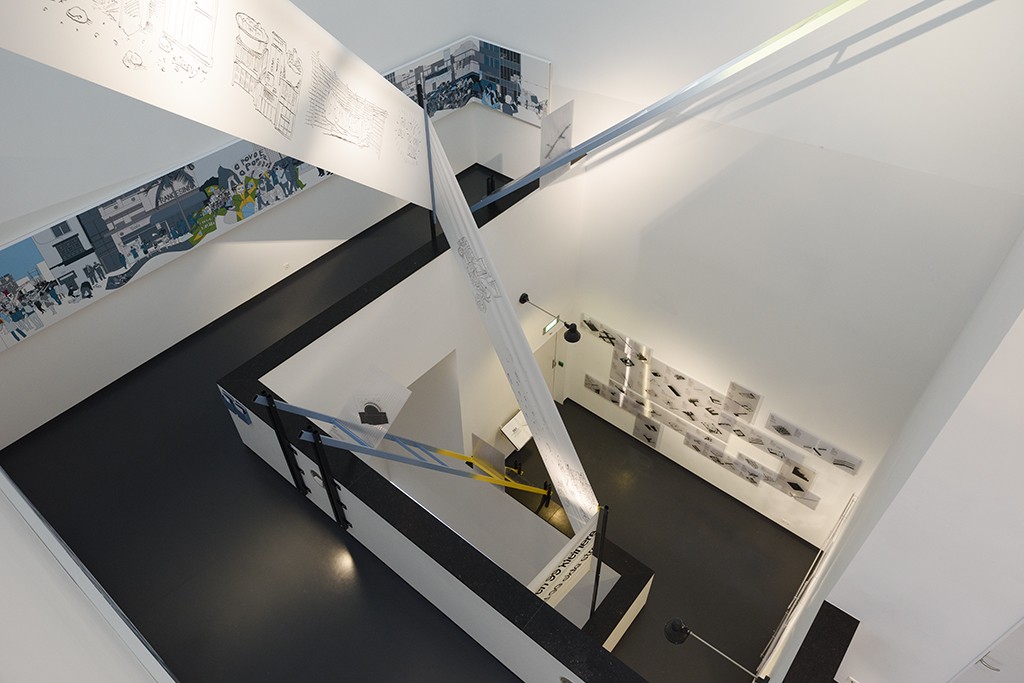 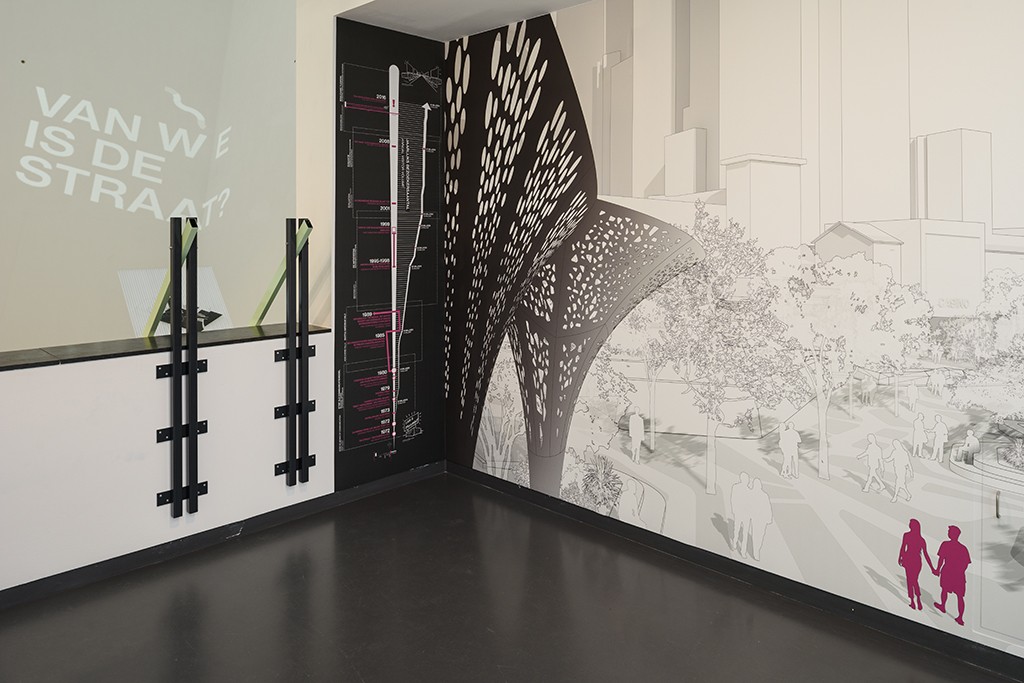 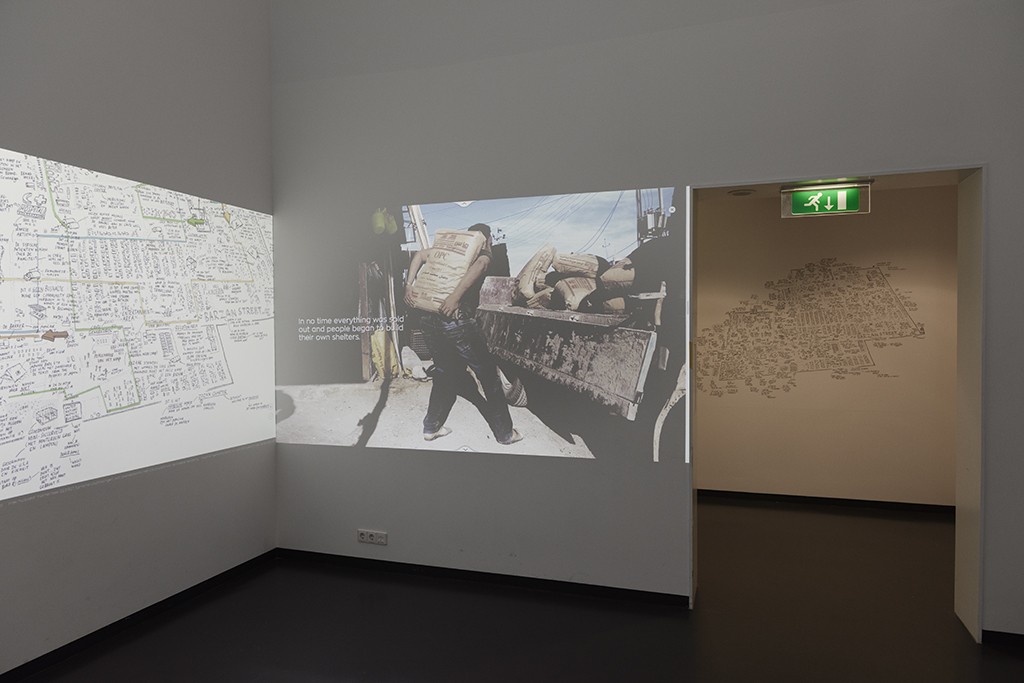 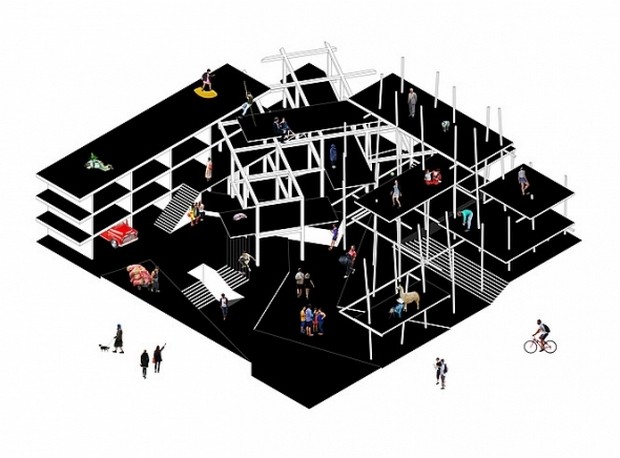 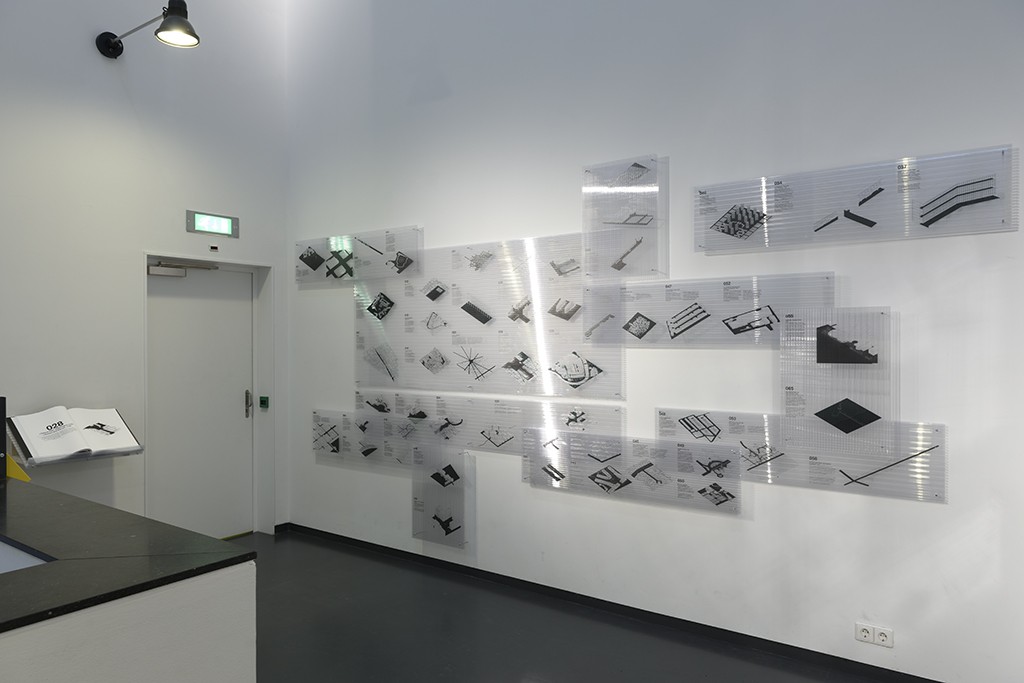 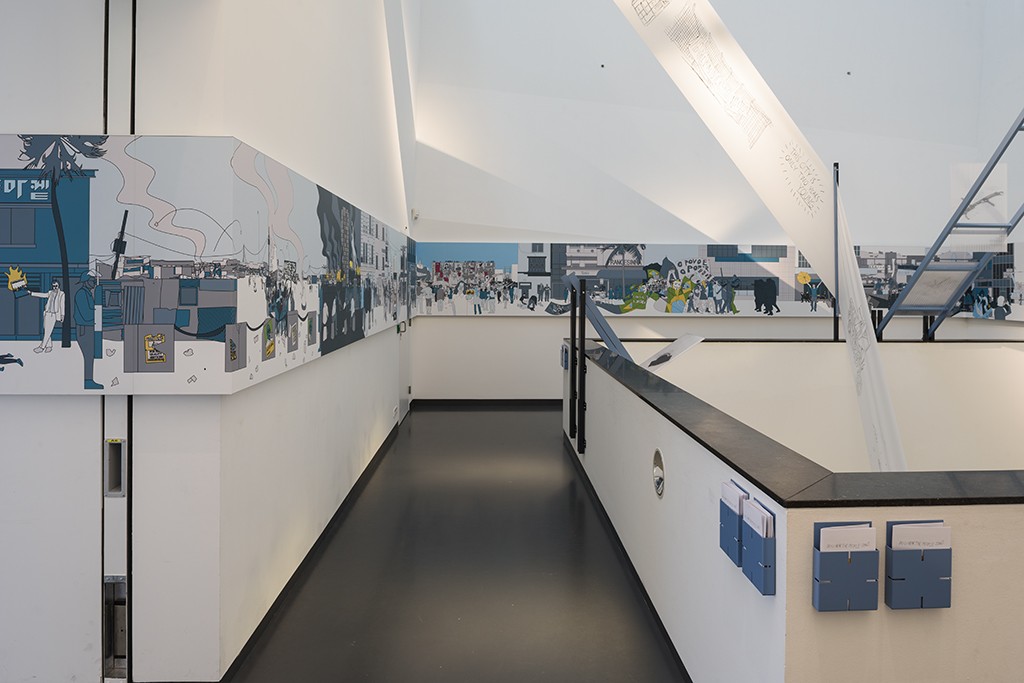 The exhibition Who Owns The Street? shows different ways of seeing the street – our public space. Who uses this public space? Who manages, controls and abuses it? Who is the owner and what responsibilities does this ownership entail? The Van Abbemuseum has invited four guests who each worked on a particular aspect of the use of public space. This has resulted in four very different contributions: public space as a place for protest (Crimson Architectural Historians), a classification of a hundred different streets (ZUS), the design of the public space in The Strip in Las Vegas (!melk) and the project Refugee Republic about daily life in a refugee camp (the artist Jan Rothuizen, the multimedia journalist Martijn van Tol and the photographer Dirk Jan Visser, produced by Submarine Channel). All the contributions also refer to the legendary exhibition The Street which took place in the Van Abbemuseum in 1972.

The opening of the exhibition, which can be seen on the five floors of the tower in the museum’s new building will take place on Saturday 20 February at 4 p.m. with a performance of protest songs.

REFUGEE REPUBLIC
The Refugee Republic project is an interactive documentary which you take with you through the streets of a refugee camp and which shows you what daily life is like there. The Domiz camp was established in North Iraq in April 2012 to take Syrian Kurds. The camp is located in Iraqi Kurdistan, 60 kilometres from the border between Syria and Iraq. With a surface area of 1,142,500 m2 this camp was originally intended to provide room for 38,000 refugees. Currently 58,000 refugees are registered there. The camp comprises twelve districts, ten main roads and 99 smaller streets. Refugee Republic can be seen in the basement of the tower, and a banner of drawings and texts, a sort of stylised snake, rises up from this basement. Refugee Republic has won several prizes, including the 2015 Dutch Design Award and the 2015 NFF Digital Storytelling Award.

ZUS
ZUS (Zones Urbaines Sensibles) from Rotterdam is carrying out research into the contemporary city on the basis of architecture, whether commissioned or unasked for. Public space and the politics of space always play a central role in this. For this exhibition ZUS developed 101 Streets, the implosion of public domain and looked at 101 streets, from paved Roman roads, to New Babylon and the contemporary shopping mall. The evolution of existing and utopian streets reflects the fragmentation of the concept of the street and shows that the street is still being completely transformed. The illustrations of different street classifications are displayed on the wall of the ground floor level and on coloured ladders which interconnect the different floors of the tower.

You can buy The street- Book 101 streets from ZUS in our museumshop and webshop.

CRIMSON ARCHITECTURAL HISTORIANS
Do You Hear The People Sing? is the title of a song from the musical Les Miserables. It was also sung during the demonstrations for more democracy in Hong Kong in 2014. This protest became known as the ‘Umbrella Revolution’ because of the umbrellas painted with slogans which the protesters twirled at the troops. The Rotterdam bureau Crimson Architectural Historians used the title of this song as the title for their contribution about public space as a place for protest. There is a large panoramic drawing on the first floor of the tower, showing scenes of riots and demonstrations combined with their spatial environment. The whole thing forms a single allegorical street scene in which the architecture, demonstrators, slogans and different forms of authority tell the story of the street as the place where democracy is created and presented in the raw.

!MELK
On the second floor of the tower The Strip, the legendary gambling boulevard in Las Vegas, serves as a symbolic counterpart to the refugee camp in the basement of the tower. For the past few years The Strip, a totally privatised area, has developed from a street full of traffic to a pedestrianized area. As a result the quality of the public space has become more important. !melk from New York was commissioned to draw up a master plan and a design for this, including the very first park bordering on The Strip. The interesting thing about the development of this boulevard is that all the changes were initiated by the market forces, not the government. !melk worked together with the architect/author Stefan Al on the contribution to this exhibition.

CHANGING PROJECT PRESENTATIONS
Right at the top of the tower a space has been reserved for smaller, changing public presentations about public space in Eindhoven. These are intended to update the exhibition, supplementing it, commenting on it or asking critical questions and making it a more concrete experience.

LECTURES AND DEBATES
The subjects of the exhibition are explored in more detail in a series of lectures and debates in the museum on Thursday evenings, organised in cooperation with Architectuurcentrum Eindhoven.

This series kicks off with the journalist, author and presenter Tracy Metz. She will hold discussions with the illustrator Jan Rothuizen, Elma van Boxel from ZUS, Wouter Vanstiphout from Crimson Architectural Historians and Jerry van Eijck from !melk, in her live talk show Stadsleven (City Life).

'The city as a stadium'
Lecture in the framework of the exhibition " Who Owns The Street?’
Architect and urban planner Oana Rades of Shift A+U will discuss the theme of " sport and public space. She discusses the opportunities and possibilities for cities, towns, and also looks to the future.

THE STREET (1972)
In each of the contributions reference is made to the legendary exhibition The Street which took place in the Van Abbemuseum in 1972. The director at the time, Jean Leering, who curated the exhibition, said: “ [The use of the street] reflects how society is doing, how it experiences and understands itself. [...] But at the same time the street provides the opportunity for social life: the street is the pre-eminent place where opinions and ideas become public and can be developed, become manifest and are turned into action.” In The Street Leering also demonstrated his view of the social task which a museum has in society. His starting point was that the museum’s activities could be a way to increase the awareness of his public and allow them to take part in the social process. This was necessary to counter man’s experience of alienation in society. At the time these were very innovative ideas in the museum world, but even now, more than forty years later, they have not lost any of their contemporary appeal, as this exhibition shows.