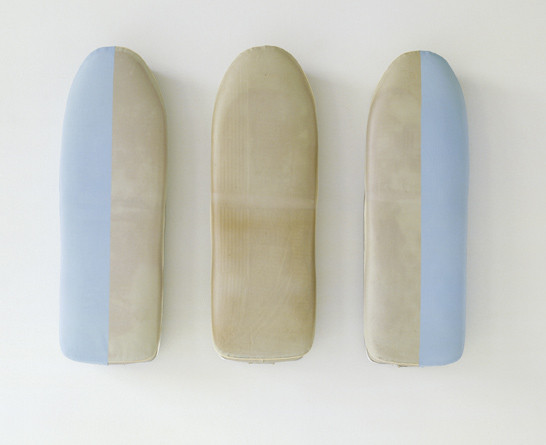 In 1988, twenty-four years ago, John M Armleder had his first solo show in Galerie van Gelder. Various works from this period are on show again in the gallery after many years: an installation of rotating disco balls, Furniture Sculptures, dot paintings, Pour Paintings, photo works, drawings, editions and multiples. In order to get down to the root of his work all critiques describe extensively the use of different media, the technical process of the making of and the often abstract style of his works. These issues emanate from something which is more essential and this is his manner of thinking and doing. The rest is no more than a matter of consequence.

John M Armleder is not being concerned at all about notions as painting, printed matter, design, abstraction or figuration. Diverse media and styles of working and taste are not really that important and as such these don't need to be seen or understood by the outer world, necessarily. No more than wishing to be consequent in his oeuvre perse, he leaves these alone and even that is not a law of the Medes and Persians. His Furniture Sculpture (1988) made of three second hand scooter saddles bought in an Amsterdam motorbyke shop show his playfulness at one point and the added abstract painting on two saddles his affinity with strips and lines. The unexpected in the process of making can always surprise him again and again: "I can only confess being always close to mesmerized by the quasi-stupidity which qualifies the formal problems depicted in my pieces. But they do excite me enough to get through with them, and the whole process each time shakes the complete system of values I thought I had understood before".* He is prepared to put up with all consequences. His readiness to embrace a negation of what he thought to have discovered before, through practice or by means of getting a new idea or making another move, is the great strength of this artist. This makes his art and above all his susceptible thinking in the arts so admirable and influential.