Postcards are to be looked at 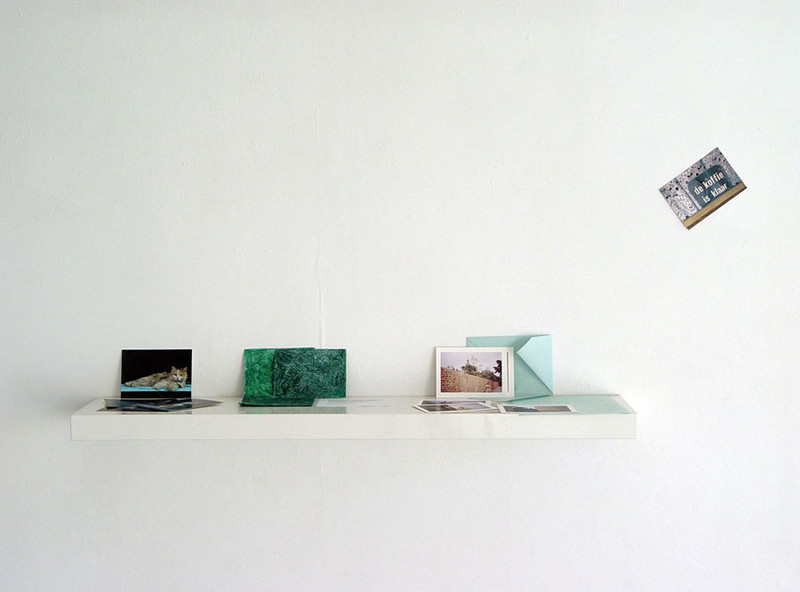 Nowadays postcards are self-made due to the introduction of the iPhone and in a split second pictures are sent by virtual mail. The A6 and A5 postcards from the old days are hardly dropped in the mailbox anymore, but images keep on coming in and certainly a bunch more than before. The inexhaustible stream of images is not to stop. Perhaps it is a good thing to use the brake for a minute and then to see what a moderate slowdown could lead to. This is what the exhibition 'Postcards are to be looked at' is about.
For a part the shown postcards are specifically created for this exhibition of which several ones were sent by traditional post. Another part consists of a choice of postcards that was made in the past and that has been compiled for bringing it to the daylight and having it accompanied with the newly made cards.

Voebe de Gruyter co-operated with her son that brought them to an innovative sound piece of postcards. For getting the sound one is supposed to flap the paper work in three parts in the size of a postcard.
Klaas Kloosterboer has cut out a tourist postcard showing a tiny red-white and blue flag stuck into a haring. Next to this card 16 pieces of canvas on postcard size form a group of fake cut out mini flags.
Sigurdur Gudmundsson has asked the gallerist 'to buy a beautiful touristic postcard' that should be bluntly hammered with a big nail to the gallery wall.
Marijke van Warmerdam has made a film loop that has a striking souvenir mug from Prague as subject.

Artists have thought about how a postcard may become different by concentrating on or playing with an aspect of the traditional postcard.
www.galerievangelder.com