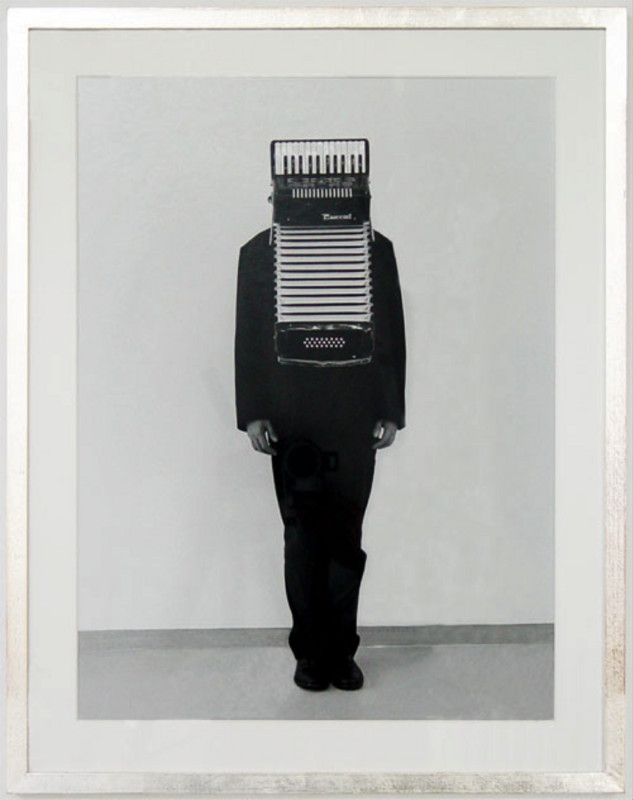 Silence is enjoyable. Silence is pleasant for the reason that it arises calmness and a moment of contemplation. Silence is at the heart of the exhibition ‘Silence’, where in some way or the other the art pieces all seem to make a sound, in spite of the obvious silence they are in.

Sigurdur Gudmundsson’s photo shows a person with an accordion placed in front of his head. In this way he represents music, above anything else.
Takako Saito wrote a ‘Body music' instruction on a grappa-glass. To read the text is an evocative experience, to such a degree that your imagination is already enough to hear the music.
Silence emerges when sound fades away, as in the art piece of John M Armleder. He placed five marine horns from top to bottom on a wall. These horns are unable to make a sound, although looking at the horns it seems to evoke the powerful sound that the horns originally could have made.
The LP of Christian Marclay roughly cut in half and sewn is also a visual onomatopoeia as such. The image of a tipped on wide-open mouth suggests that someone is singing.

Silence is nice... that is; if it is there. When silence is missing the longing for it can be stronger than ever. Like to yearn for serenity and peace when the battle continues. Yoko Ono calls with her work War is over! (if you want it) for a realisation of this silence by means of ‘Love and Peace’. In this light silence becomes a precious commodity and then it leaves us with no more than silently watching the other works.
www.galerievangelder.com