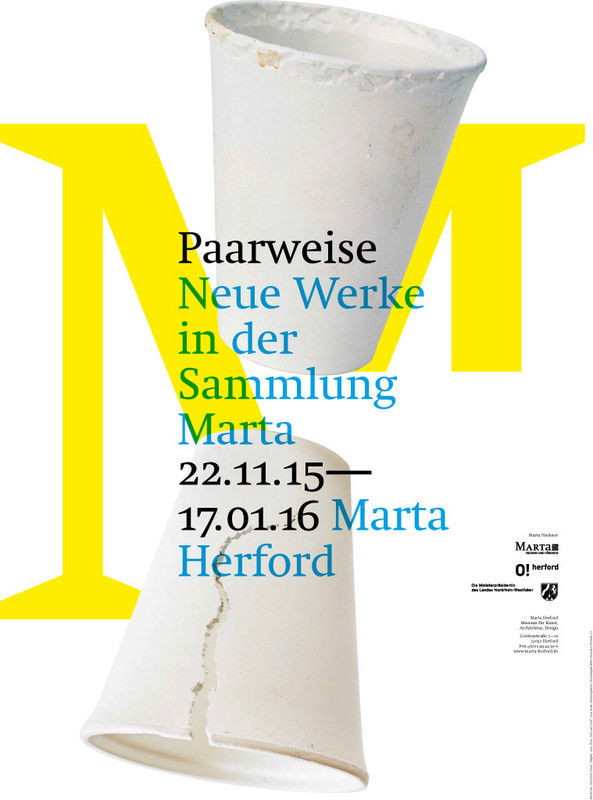 This fifth collection exhibition since the museum opened offers visitors a surprising and illuminating overview of the works added since 2009 in a special format: “two by two” they open up a unique dialogue about unexpected similarities and insightful differences.

The Marta Herford collection has grown continuously in recent years, particularly with the generous support of the Marta Friends and Supporters. But several gifts from artists and art lovers have also contributed to this. These new additions are now presented “two by two” as works of art put in relation to each other in pairs, explicitly inviting the observer to make comparisons. They pose fundamental questions such as for example which similarities and variations – formal, content-related or otherwise – can be discovered? What functions do comparisons have in the evaluation of art or of two pictures? Who actually makes the rules about what can be compared and in what way?

The apparently so simple format of a juxtaposition suddenly leads to a fresh, contemporary view of selected works from the collection which may be comparable or even incomparable.