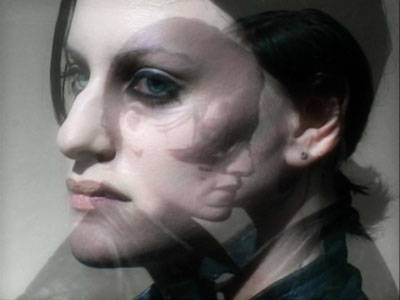 Vilma Gold is pleased to present INSTANT FAME! a solo exhibition of live video portraits by Charles Atlas. Created and projected simultaneously in the gallery space, this work will evolve throughout the duration of the exhibition as performers, sitters and voyeurs pass through the gallery. For willing attendees, Charles Atlas will be present for videotaping from 3-7pm daily, utilising a studio set up in the gallery's project space. Images will be projected live in the main gallery space during each shoot, and compiled over the two weeks of the exhibition. Performative identities and the dynamics of collaboration have distinguished Atlas' work, evolving from close working relationships, friendships, and often immodest creative contexts such as the East Village and London club scenes of the late 80s. Over the years, Atlas has addressed the portrait in various formats ranging from full-length biographies for television, to video installations in galleries and museums. Recently, his work has explored live video processing — the focus of this solo project for Vilma Gold. Charles Atlas’ video portraits are rooted in the history of Warhol’s Screen Tests. However, Atlas’ history of collaboration alongside the techniques of manipulation of the video in real time generates a very different result. Participants are filmed in the gallery’s project space, which affords an immediate privacy, but with the knowledge that in the adjacent space their image is being projected and manipulated live. Charles Atlas has been producing film and television works since the 1970s. With a strong emphasis on collaboration, and rooted in dance and performance, Atlas’ has made such significant films as Hail the New Puritan (1985-6); a fictional day in the life of dancer Michael Clark, who he continues to work with to this day, recently on the visual elements of Clark’s production Mmm... at the Barbican. Atlas has produced such significant works as documentaries The Legend of Leigh Bowery (2003) and Merce Cunningham: A Lifetime of Dance (2000), a video portrait of filmmaker/choreographer Yvonne Rainer, Rainer Variations (2002); and Turning with Anthony and the Johnsons: a live concert by the band with accompanying live video portraiture projections.

Many of Atlas' films and videos have been made in collaboration with choreographers/dancers (including Merce Cunningham, Douglas Dunn, Philippe Découflé, Yvonne Rainer and Michael Clark) and performers (including John Kelly, Antony and the Johnsons, DANCENOISE, Marina Abramovic, Diamanda Galas, and Leigh Bowery). He has also worked with artists Marina Abramovic, Nam June Paik, and the Judosn Dance Theatre. Atlas has created several large-scale, mixed media video installations. The Hanged One had as its components 15 channels of video, programmed lighting, and kinetic sculptural elements, shown at the Whitney Museum of American Art in 1997. Recent video installations have been exhibited at Participant Inc, New York; XL Xavier LaBoulbenne, NY; the Aldrich Museum for Contemporary Art, CT; The Kitchen, NY; Magazin 4, Austria; Ost-Gut, Berlin; La Criee, France; and Performance Space, Australia. Atlas is the recipient of three "Bessie" (New York Dance and Performance) Awards. The most recent (1998) was in recognition of the video collages made for the monthly event, "Martha @ Mother.