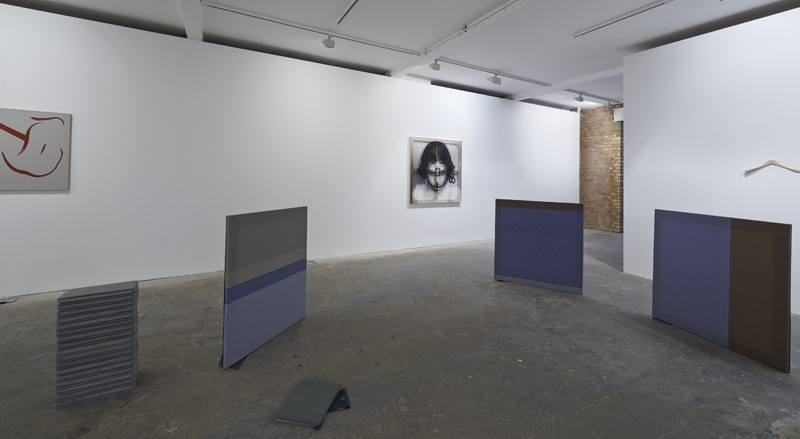 Vilma Gold are pleased to present the exhibition, One After One, an exhibition of works by Eloise Hawser, Lena Henke, Adriana Lara, Marlie Mul, Lucie Stahl and Gili Tal.

The show will mark a continuation from our 2011 show 'The Great White Way Goes Black'. This first instalment (which included the artists Trisha Baga, Anne Craven, Helene Huneke, Michaela Eichwald, Hannah Sawtel, Julie Wachtel). Linking works loosely by what we regarded as a sensitised awareness of the artists' subjectivity as artists that consciously underpinned decisions made but without totally foreclosing content. The works all seemed to come from a bright awareness of the artist's position as an individual navigating the world and was marked by their ability to work from the inside out rather than working back from an already vetted/validated larger order,- so their ability to 'speak as they go' in a sense and the degree of boldness necessary to do this.

There seemed to be something quite practical/sensorial or active to this, something resourceful about negotiating and synthesising quotidian experience, in this new installment, we look at today's branded experience of everyday life, products and the idea of commercial styling and display. The artists invited all use appropriated images/text/objects but in a way that moves the conversation on from the original Pop initiatives: - rather than re-presenting whole objects etc, there is more of a synthesis at work - a constant absorption and re-formatting- which might betray an acceptance/consciousness of the way commercial visual display has infiltrated everyday life to the point of total inseparability with the personal- so that incorporated, processed, it becomes another aspect of visual language to draw on.

"The very purpose of styling is to manipulate and transform the status quo. Styling is the creature of fashion and consumerism not because it is inherently corrupt, but simply because consumerism requires creativity and perpetual change, and that is what styling does- it is dynamic rather than inert." David Joselit, from The Power to Style, Texte Zur Kunst, Issue nr. 88, December 2012
www.vilmagold.com