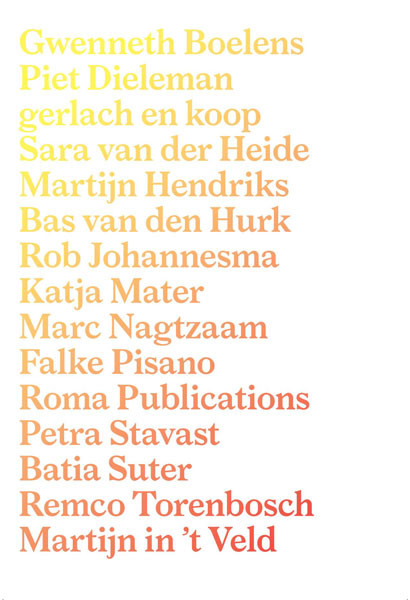 From 14 January through to 18 March, the the Foundation for Visual Arts Middelburg (Stichting Beeldende Kunst Middelburg) will present the group exhibition Autumn of modernism in De Vleeshal & De Kabinetten van De Vleeshal.

The title of the exhibition was inspired by The Autumn of the Middle Ages, Johan Huizinga’s classic book published in 1919, a study of the forms of life, thought, and art at the end of the Middle Ages. The book shows that the artists of that period achieved their groundbreaking successes precisely because they drew on the past. This gave them a better grasp of the changes occurring all around them.

It is fascinating to see that artists of different eras often respond to social upheaval in the same way, by turning to the past. We find this tendency among the artists participating in this exhibition, and it was also visible among artists of the 1960s and 70s, who were likewise grappling with major social transformations.

The group exhibition Autumn of modernism illustrates how fifteen artists are responding to the social changes of our day, such as the present economic crisis.

The explosion of news outlets and ways of consuming the news has made our society very focused on the now, and we sometimes forget to consider the future or the past. Artists try to step out of the present by consulting sources from the past and using them in their art, thus attempting to build bridges to the future.
www.vleeshal.nl