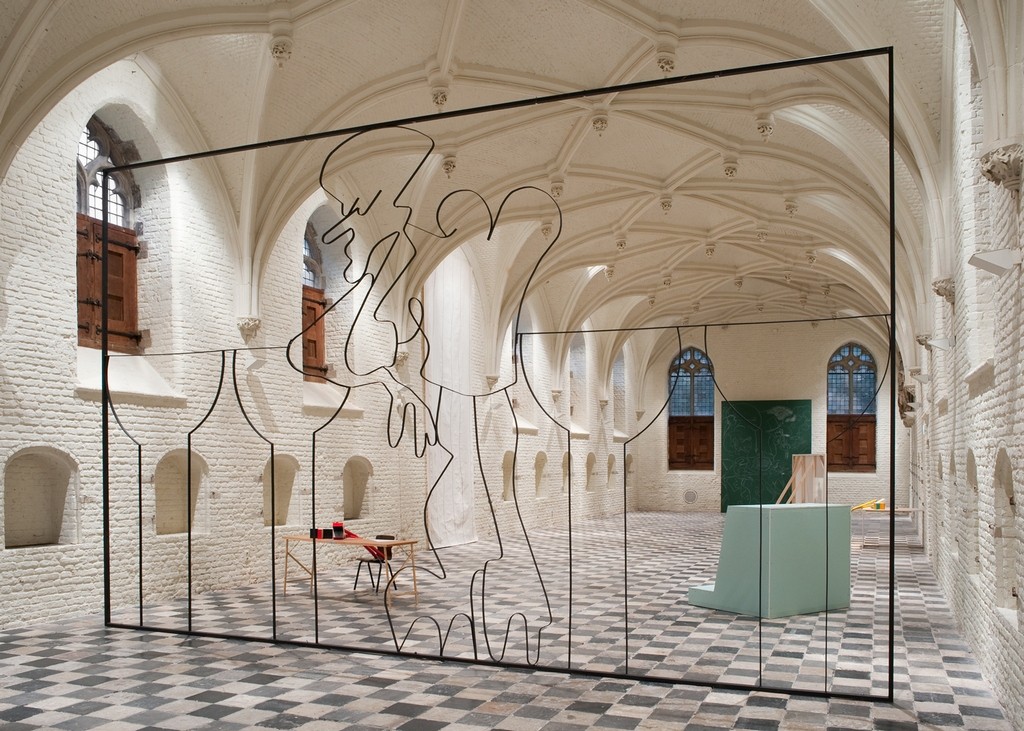 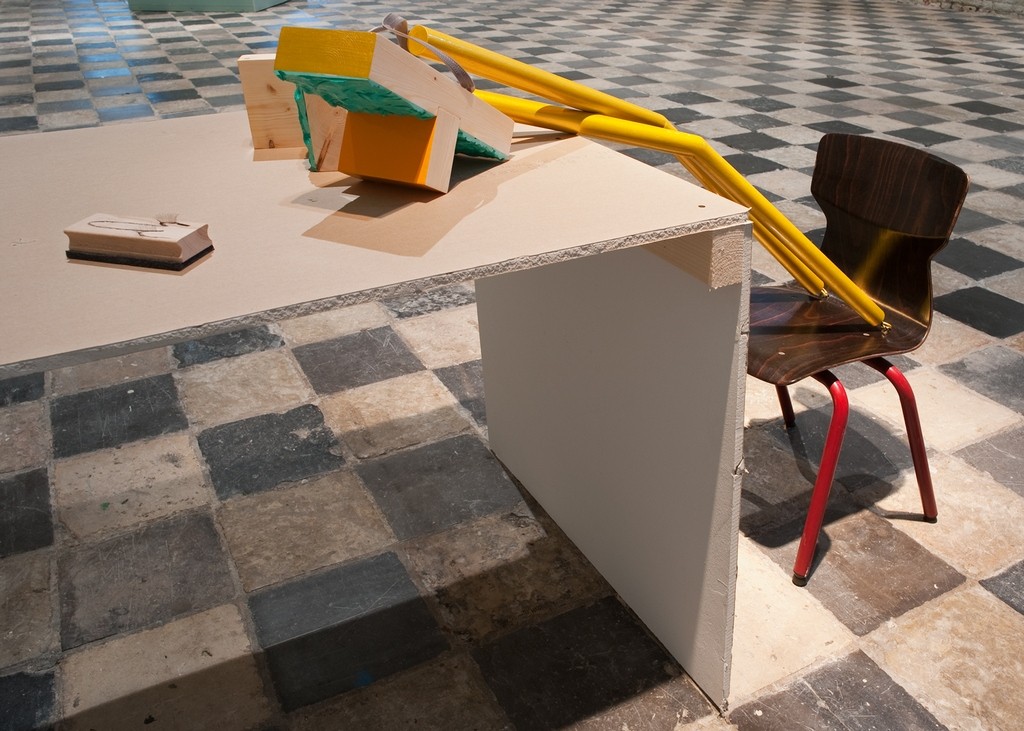 Curator: Roos Gortzak
Location: Vleeshal Markt
Vleeshal is pleased to announce the solo exhibition En Rachâchant by Ola Vasiljeva (1981, LV) taking place at Vleeshal Markt from the 13th of September to the 13th of December. This is the artist’s first institutional solo show in the Netherlands. The exhibition borrows its title from a short film by Jean-Marie Straub and Danièle Huillet based on the children’s story Ah! Ernesto by Marguerite Duras. It takes a humorous look at de-hierarchising the educational process through the character of Ernesto, who insistently refuses to go to school because it teaches things he doesn’t know.

In En Rachâchant, Vasiljeva strategically approaches negation and the refusal to learn. In a time when the market logic dominates all fields of teaching and dictates that knowledge must be rentable in economic terms, this show mounts a playful assault on this ideology.

The exhibition takes the form of an anti-pedagogical stage, populated by mixed media works, sculptures and drawings that manipulate motifs related to the subject of disobedience as a course of learning.
As part of the exhibition, Vasiljeva has developed two course programmes: ‘The Course in Lying’ and ‘The Course in Doubt’, which will be incorporated within Vleeshal’s education programme during the exhibition.
The show runs parallel to and in dialogue with the group exhibition ‘University’ at Vleeshal Zusterstraat.
Ola Vasiljeva lives and works in Amsterdam. Recent solo exhibitions include The Limp of A Letter, BOZAR, Brussels, 2015; University, Galerie Antoine Levi, Paris, 2015; Jargot, Art in General, New York, 2014; The Limp of A Letter, Prix de Rome, De Appel, Amsterdam, 2013; Cinq à sept, kim? Contemporary Art Centre, Riga, 2013. Her work has also been included in significant group shows: XII Baltic Triennial, CAC, Vilnius, 2015; Last Seen Entering the Biltmore, South London Gallery, London, 2014; What Were You Expecting, Mr. Milquetoast, a Plot?, Badischer Kunstverein, Karlsruhe, 2014; Fusiform Gyrus, Lisson Gallery, London, 2013. Ola Vasiljeva is the founder of OAOA (The Oceans Academy of Arts), an amorphous artists’ collective that functions as a vessel for ideas about art and ways of showing artworks. Depending on each project, the participants are interchangeable as artists, collaborators, curators or viewers. OAOA publishes an annual zine. Ola Vasiljeva is represented by Galerie Antoine Levi in Paris.
www.vleeshal.nl