What do you want? Your whole life in one night? 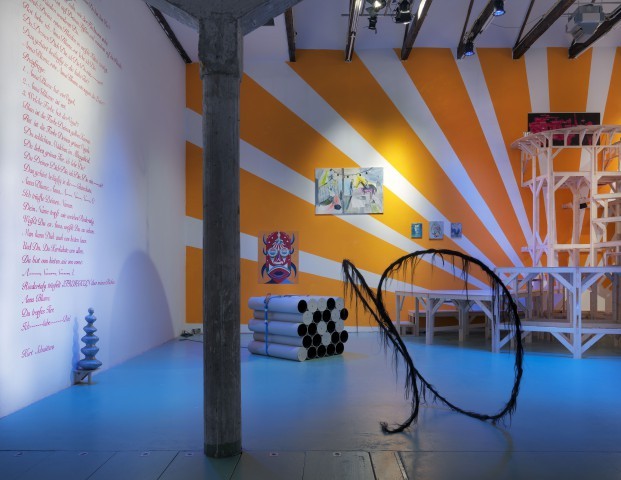 Love, relationships and marriage in the 21st century
God, literature and rock 'n roll have all been proclaimed dead. However, love is still alive, and so is marriage. People cannot or do not want to live without it, but the rules are changing fast. Not more than one generation ago, having children, or even living together before marriage, caused shame to the entire family. These days, in the Western world, getting married without having lived together is considered strange and risky. Most sexual taboos have disappeared, however spending a Saturday night at home seems to be the new taboo. While experts keep warning about the dangers of overpopulation, the government of Singapore organizes speed-dating events to increase the birth rate.

W139 presents "What do you want? Your whole life in one night?", an exhibition about love, marriage and relationships in the 21st century. The exhibition is the honeymoon of Alice Moritz and Paul Roos' actual wedding. All artworks become a Gesamtkunstwerk in which the wedding couple celebrate and seal their love for each other, their guests and W139. An assembly of various media represents love and relationships in spectacular, intimate, happy and absurd forms, whereby fiction and reality cannot always be separated. Such as, secretly taken pictures of couples in love, a self-designed, self-build and self-powered vehicle that gives an entire new meaning to the traditional “wedding limo” and a tunnel that contains several small spaces in which you can spend an intense minute with a stranger.
www.w139.nl