Architecture In The Expanded Field 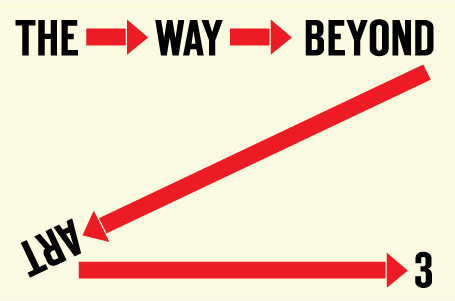 At the end of the late 1970s, art theorist and critic Rosalind Krauss had written a seminal text entitled “Sculpture in the Expanded Field,” in an attempt to both locate and analyze vanguard sculptural practices of the time, such as the work of Richard Serra, Robert Smithson, Mary Miss, and Donald Judd. These artists’ practices crossed outside the limits of traditional sculpture and entered into the realms of architecture and landscape through the production of works that Krauss classified as site constructions, marked sites/earthworks and axiomatic structures. Over the last three decades, increasingly blurred boundaries between art and architecture have generated a series of works known as installations whose conceptual, spatial and material trajectories have similarly produced a new and expanding network of relations between the domains of architecture, sculpture, interiors and landscape.

Such installations, emerging both from architects and artists, often operate on the fundamental conditions of the architectural without producing buildings, and expand the spatial, perceptual and material field within which architects are operating. For instance, the Serpentine Pavilion by Toyo Ito, Dunescape for MOMA PS1 by SHoP, the Voromuro installation for the ICA in Boston by Office dA, and the In Heat exhibition by Jurgen Mayer. Installations have enabled architects to explore architectural ideas, experiment with emerging technological strategies, and distill perceptual and experiential conditions without the limitations imposed by the permanence of architecture.

Architecture in the Expanded Field, designed and curated by Ila Berman and Douglas Burnham in collaboration with the Wattis, will explore this realm of installation art and architecture across a broad terrain of installation practices ranging from the production of immersive environments in the works of Ryoji Ikeda, Tomas Saraceno, and Philippe Raum, for example, to the deconstructions of Gordon Matta-Clark, the spatial distortions and tectonic manipulations of contemporary works by Softlab, Numen/For Use and theverymany. The exhibition will have two components: an immersive full-scale installation component (both within and outside of the gallery) and a didactic surface component that will present the mapped expanded field of architectural installation.

This is the third in a series of exhibitions at the Wattis that further integrates the institute’s programs with CCA’s faculty and curriculum. The first exhibition in the series, titled Sunny Memories, was presented in partnership with the Industrial Design program in the spring of 2010, and the second, titled Wide White Space, in collaboration with the Graphic Design and Graduate Design programs in spring 2011.

The name of the program, The Way Beyond Art, refers to the title of a book written by the visionary German art historian Alexander Dorner who advocated in the early 20th Century for a closer dialog and relationship between different artistic disciplines. Most well known is his collaboration with constructivist artist El Lissitzky, with whom Dorner created the famous Abstract Cabinet (1927) at the Landes Museum Hanover, Germany. The Abstract Cabinet was a space that explored a new form of multidisciplinarity that was formed by juxtaposing art, fashion, design, film and literature in one uniquely created space.
www.wattis.org