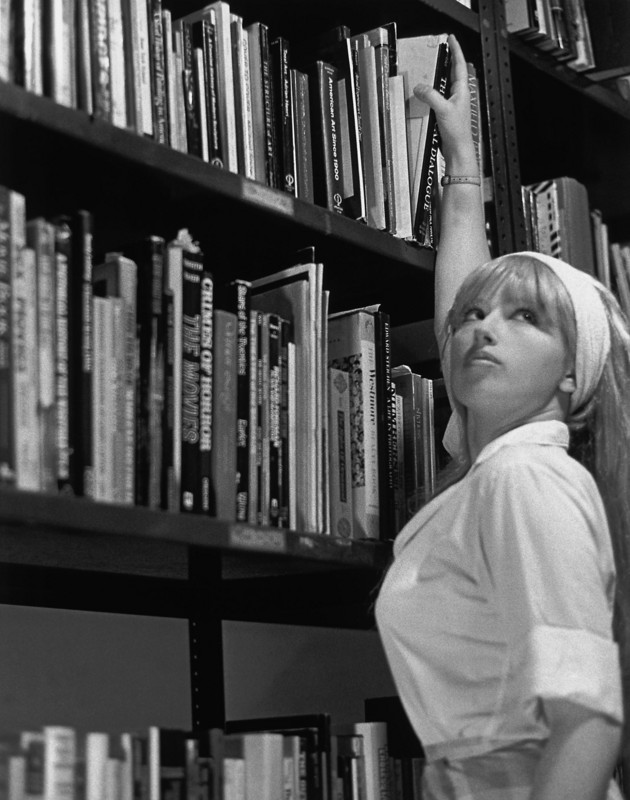 Codex is the title of an exhibition-manifesto conceived by Pierre Leguillon during a residency in San Francisco. As an artist and book collector, Leguillon found himself within the stacks of the Prelinger Archive, a local independent research library that houses 19th and 20th century historical ephemera, periodicals, maps, and books.

Founded by Rick and Megan Prelinger in 2004, the unique organization of this “appropriation friendly” library conceives of its holdings as a “landscape of ideas,” classifying subjects both spatially and conceptually.

This project evolved from a collective inquiry which, given the fanatical desire to digitalize every book, was based on the premise the library has now been “flattened.” The codex (book or block of wood in Latin), which first appeared during the Roman Empire between the 1st and 2nd centuries AD, was the earliest form of a bound book.

Replacing the scroll, it permitted linear reading and made it possible to hierarchize the content of a text through direct access to the desired page. Why, in an era of digital databases, online libraries, and the development of new digital media, bring the codex back into two dimensions, into screen format? And why continue to imitate the space of the traditional book by retaining page numbers, by simulating turning pages, etc.?

The irreversible act that consists in taking books into the picture plane is found throughout the entire history of Western art and seems a recurring motif in the most recent contemporary art.

The exhibition Codex is designed as a living organism and offers a series of events in connection with the selected works, composed of screenings, lectures, and exchanges that will also make it possible to “perform” the book, to see it manipulated and, interpreted, either live or at the cinema, through words and gestures.

For its reappearance in San Francisco, the Wattis, in collaboration with HEAD, will together reimagine the conversation of the book with a series of public programs in connection with the works on display.

The original exhibition was organized with teachers and students from the Fine Arts Department of Haute école d'art et de design -- Genève (HEAD) in its exhibition space Live In Your Head in 2011.

Support for this exhibition is provided by swissnex San Francisco.
www.wattis.org