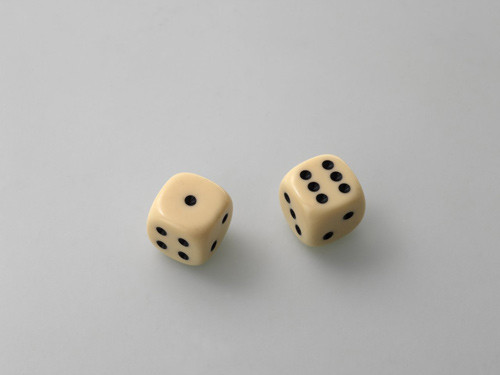 The Belgian artist Kris Martin addresses through his work the thought that life can only be recognized at the edge of death. One of his best-known pieces is Mandi III (2003), which was included in the 3rd Berlin Biennale. It is a black train station departure board that flips at random but displays no characters or numbers, thus putting the viewer's daily transits into a broader perspective by indicating that there is, in the end, only one destination. The works on display in the Passengers group exhibition include My Days Are Counted (2005), a tally of all the days that have passed from the artist's birth until today. The list is actively maintained on the gallery wall, creating visual evidence of the artist's existence and its overlap with our own lives. Martin's work often draws attention to temporality and, in the centuries-long tradition of the memento mori, provokes viewers to remember death's inevitability. Rather than being ominous or morbid, however, it reflects the fragility of life with poignant simplicity. Still Alive (2005), a silver-plated bronze skull with dimensions exactly matching those of the artist's skull, simulates the experience of standing outside one's own body after death. And Golden Spike (2005), a solid gold spike now permanently installed in the gallery floor, refers to the instrument of the same name that geologists use to mark stratigraphic sections for future geologists.

Consisting of five delicate pieces, the solo exhibition of Flemish artist Kris Martin, part of The Exhibition Formerly Known As Passengers, is a short narrative on the relationship of chance, luck, and destiny. Martin is a master of the poetical, weaving together subtle emotional gestures that oscillate between clear-cut conceptualism and his own personal feelings and desires. He creates highly lyrical pieces that deeply reflect on the purpose and meaning of life and the vulnerability of existence. One of Martin's best-known works, Vase (2005), perfectly describes his approach. This work is based on a large Chinese porcelain vase that has to be broken and reassembled every time it is displayed in an exhibition, an action that slowly but steadily dissolves the object.
The works in this exhibition follow Martin's exploration of the ephemeral nature of being. Self-portrait (playing cards) (2008), consists of one full deck of regular playing cards (52 cards plus two jokers) that is thrown into the air to land randomly on the gallery floor. A second deck of cards is then carefully added to the piece mirroring the outline of the first deck already lying on the ground. For the viewer it is unclear which one was the deck of cards that determined the position of the second deck. The use of cards and the idea of play is an important element in the creation of this accidental sculpture. Just like a game of cards, which is uniquely played out with each game, the piece can never be exhibited the same way twice.
The work 1+6 (2008), relates again to gambling and luck and consists of two regular dice, with the numbers one and six facing up. Unlike the card piece, in 1+6 Martin predetermined the position of the dice. Not only does the piece mark the beginning and the end of the possible numbers on dice, but it may also refer to the inevitable condition of human mortality given that the singular of dice is die.
The sound piece What's the time (2008), could be understood as a humorous interruption of the rather earnest atmosphere of some museums, with a voice asking the seemingly ordinary question of its title. Yet, the piece may in fact question exactly the presumed timelessness of museums and their function as historical archives of art. Simultaneously, this question is posed to viewers as an invitation to evaluate where we are and which time of our lives we find ourselves in.
Endpoint of "The Time Machine" (H.G. Wells) (2008), is part of an ongoing series of works in which Martin cuts out the final full stop of his favorite novels, in this case H.G. Wells's The Time Machine, written in 1895, and pastes it onto a large blank piece of paper. Martin started this series with the first book he could remember reading as a child and, over the last years, the project has encompassed the end points of a number of iconic books such as Thomas Mann's Magic Mountain or The Diary of a Young Girl by Anne Frank.
Endpoint of "The Time Machine" (H.G. Wells) connects to the idea of destiny and history, while perhaps pointing to the only possibility of how to escape fate and our predetermined path in life: time travel. As with all works in this series, it is not certain whether we are really looking at the end point of the actual book or if Martin is in fact taking us on a ride, similar to the one taken through time by the novel's protagonist who is called simply "The Time Traveler". Transported far into the future, he finds himself in the year 802,701. After an initial positive impression, he discovers that the future does not hold peace for humanity. The Time Traveler ultimately returns to London and his own time, only to depart again traveling even further into the future and ultimately dissolving into time. The character's final whereabouts remain a mystery.
All that The Time Traveler has left behind is the final work in the exhibition, a small fortuitous sculpture titled Incomplete II (2003), a handkerchief simply dropped on the floor after waving farewell to a friend.
www.wattis.org