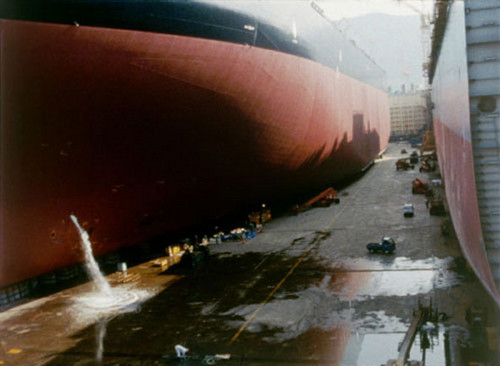 Moby-Dick is the second show in a trilogy of Wattis Institute exhibitions that are based on canonical American novels. The first, The Wizard of Oz, was presented in fall 2008; the third will be The Adventures of Huckleberry Finn, in fall 2010. All three stories have major themes related to exploration and (self-)discovery, and the corresponding exhibitions function as metaphorical journeys through which the audience experiences various notions of America's reality, both contemporary and historic. Established and emerging contemporary artists from around the world are invited to address the key themes of the books and the historical moments in which they were written. Many of the artists create new commissions specifically for the shows.
This investigation of America and its realities through the lens of literature by means of artworks, artifacts, and historical documents is unique to the Wattis Institute. Moby-Dick will encompass a wide range of works, including sculpture, film, video, drawing, and photography.

Kenneth Anger, Mark Bradford, Marcel Broodthaers, Angela Bulloch, Tom Burr, Edgar Cleijne and Ellen Gallagher, Tacita Dean, Trisha Donnelly, Marcel Dzama, Felix Gonzalez-Torres, Rodney Graham, John Gutmann, Katsushika Hokusai, Evan Holloway, Peter Hutton, Colter Jacobsen, Brian Jungen, Buster Keaton, Mateo Lopez, Jorge Macchi, Kris Martin, Henrik Olesen, Paulina Olowska, Damián Ortega, Kirsten Pieroth, Tim Rollins and K.O.S., Richard Serra, Andreas Slominski, Hiroshi Sugimoto, Orson Welles, Richard Wentworth
Herman Melville's epic novel Moby-Dick, first published in 1851, is one the most mythologized American stories. From its famous opening line, "Call me Ishmael," the tale of Captain Ahab's obsessive pursuit of the whale Moby-Dick is as familiar as Dorothy and her travels to the Land of Oz, although Melville's book is less widely read and perhaps more multifaceted than L. Frank Baum's. Moby-Dick is notable, and sometimes criticized, for its convoluted narrative, complex structural devices, and lengthy passages devoted to the mundane details of the whaling industry. Despite its mixed reception upon publication, however, it has become firmly entrenched in the popular psyche and the canon of American literature.
Moby-Dick is based on Melville's own experiences at sea, particularly the months he spent in 1841–42 on the whaling ship Acushnet. It is also believed to be influenced by contemporary accounts of the sinking of the Essex, a Nantucket whaling ship destroyed in 1820 by a sperm whale off the coast of South America, and the killing of the white sperm whale Mocha Dick in the late 1830s. In the novel, Ishmael narrates his voyage on the Pequod, commanded by Captain Ahab, who is relentlessly pursuing Moby-Dick. During a previous encounter the whale had destroyed Ahab's boat and taken his leg. Ahab's failed quest for revenge, and the plight of his doomed crew (except Ishmael, who survives), is the primary narrative thread.
The novel's structure and the Wattis Institute's experimental curatorial approach have much in common. Both investigate how narrative and ideology, essential components of literature and curatorial practice alike, are conveyed. They are also analogous in their examination of the relationships between reader and narrator, audience and curator/artist.
In addition to the featured artworks, the exhibition will include a large display of the well-known illustrations by Rockwell Kent made for the 1930 Lakeside Press edition of Moby-Dick and various 19th-century whaling artifacts such as harpoons, scrimshaw, and maps. Together these components will reflect the novel's myriad themes and issues, including religion and faith; obsession, death, and defeat; race, class, and social status; friendship; homosexuality; absurdity (in both characters and ambitions); naive utopias; and, of course, humanity and humor.
Founding support for CCA Wattis Institute for Contemporary Arts programs has been provided by Phyllis C. Wattis and Judy and Bill Timken. Generous support provided by the Phyllis C. Wattis Foundation, Grants for the Arts / San Francisco Hotel Tax Fund, Ann Hatch and Paul Discoe, and the CCA Curator's Forum.
www.wattis.org