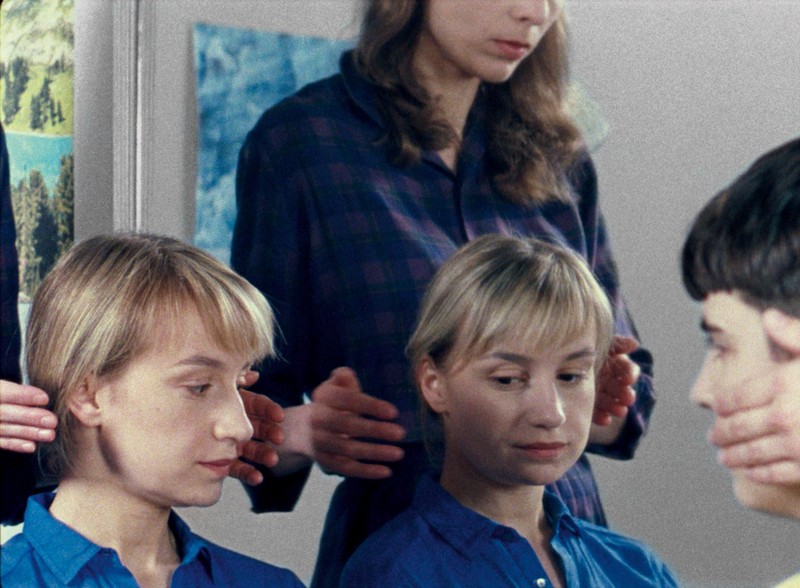 The term “provisional” implies a specific kind of temporality, a conditional suspension of the present that favors a visionary way of thinking. As a perpetually shifting concept, the present is often aligned with a progressive notion of passing time. Given that the present is ephemeral and the future cannot be predicted, we must also wonder about the stability of the past—specifically, the collective and individual memories that have shaped it. How can memory destabilize our perception of the present and our understanding of the realities that inform it?

In considering this question and others, Hiller/Martin: Provisional Realities draws upon works by two artists of different generations, Susan Hiller and Daria Martin. Both were born in the United States and are now based in London. Their respective artistic practices resist the security that a single, finite reality provides, and instead propose that parallel, alternative, and corrective realities can alter the way we perceive the past, present, and future. Whether through a mining of mythologies, a meditation on the efficacy of artificial intelligence, or the representation of inexplicable, paranormal phenomena, Hiller and Martin both employ destabilizing forces to expand our awareness of our own perception and how it shapes our collective knowledge and daily experiences.

The selection of works in the exhibition spans different moments in each artist’s practice, resisting any singular narrative. By placing certain pieces in a fixed position and others on a system of rotation, the installation strikes an intentional balance between the steady and the unpredictable. This balance is echoed by the fact that Martin works exclusively in 16-millimeter film and Hiller across multiple mediums. Like the selected individual works, this exhibition is meant to encourage some grounding in the present, while simultaneously emphasizing that such rootedness is always in a state of flux.

The impetus for Hiller/Martin: Provisional Realities, stems from the book series Between Artists, an exploration into the nature of conversation between artists, begun by Alejandro Cesarco. In addition to the investigation into provisional realities that the exhibition offers, the works enact a relationship with one another and the exhibition space. These artworks represent not only a dialogue between the artists, but also question what is sayable and what is visible or experiential in an exhibition.

Hiller/Martin: Provisional Realities is curated by Heidi Rabben. Rabben is an independent curator and writer based in San Francisco. She is currently working as the 2013-14 Kadist Curatorial Fellow at the CCA Wattis Institute for Contemporary Arts, and the 2013-14 Writing Fellow for the Asian Contemporary Arts Consortium in San Francisco. Her practice includes curating, writing, editing, and research, with a focus on contemporary art. Recent projects have included Etel Adnan, Larry Bell, Trisha Donnelly, Chris Marker, Gareth Moore, Rabih Mroué, The Otolith Group, and Phil Ross. Her writing has been published in Afterimage, Art Practical, and San Francisco Arts Quarterly. Heidi holds an MA in Curatorial Practice at California College of the Arts (2013) and a BA in Art History and English Literature from the University of California, Berkeley (2004).
www.wattis.org