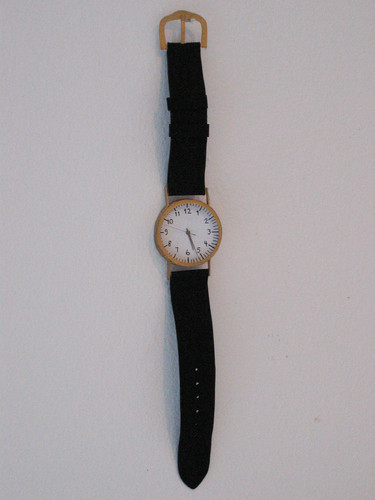 Stowaways presents itself as an exhibition within an exhibition, adding another layer to the form and structure of The Exhibition Formerly Known as Passengers, which in itself is a variation and creative restructuring of the specific format developed for the exhibition Passengers.
Launched in September 2007 as a hybrid of solo and group exhibitions of emerging international artists, Passengers aimed to overcome the often-restrictive programming schedule of a typical art institution by implementing a format for an exhibition that was forcing continuous change and transformation. At the beginning of each month, one of the artists from the group portion of the show moved into a central space to present a month long solo show at the end of which he or she left the exhibition completely and a brand-new artist entered the group show, thus constantly repopulating the display.
Beginning in September 2008, The Exhibition Formerly Known as Passengers follows largely the same format as Passengers but discontinues the monthly addition of a new artist. This allows for the center space to expand, thus putting more emphasis on the solo presentation. The exhibition will eventually reach an endpoint, a solo show of the remaining single artist in August 2009, who will have the whole gallery to himself or so it seems.
The primary thought behind the various parts and elements of these exhibitions and their structure is the desire to create an exhibition that is not a static entity but a dynamic system of interconnected elements, none of which are ever fully fixed but rather fluid and movable. Just as the format of Passengers changed with The Exhibition Formerly Known as Passengers, another shift is introduced into the overall project with Stowaways intervening into an already existing exhibition. Nine artists participate in Stowaways by slipping into the cycle of the exhibition's rotation. Submitting artworks that are ephemeral or limited in size and which are somewhat hidden within the existing installation, these artists take part in the journey of the exhibition while staging an intervention into its structure. Stowaways breaks the rules of the game and allows the curator to introduce another set of artists and their works to the exhibition at a point in which The Exhibition Formerly Known as Passengers seems to move towards its end. While the format of The Exhibition Formerly Known as Passengers will continue unaltered, the artists in Stowaways will remain in the exhibition until the end of August 2009 when the whole project will conclude.
The title of the exhibition Stowaways plays with the idea of a passenger, in this case a hidden passenger that boards a ship, aircraft, bus, or train secretly without permission and without being detected. The artworks are not immediately noticeable upon entering the gallery. As with the use of the word 'passenger' the thoughts behind the use of the term 'stowaway' is intended to reflect upon contemporary realities, pointing as much towards illegal immigration as to the idea of a so-called 'free-ride'.
Stowaways often live dangerous lives, as seen in the rather tragic story of Yaguine Koita and Fodé Tounkara, two stowaways who froze to death flying from Guinea to Belgium in 1999. Their bodies were later discovered in the aircraft's wheel bay. The boys were carrying a letter, written in imperfect French, which was widely published in the world media. In a similar accident, a 17 year old male from South Africa was found in the wheel well of a British Airways flight in Los Angeles. He died from exposure as a stowaway on a previous flight and the body had not been immediately found. That flight had last been in Cape Town five days earlier, in January of 2007.
The more romantic and playful aspects of being a stowaway are wonderfully illustrated in Stowaway to the Moon, a made for TV movie from 1975 in which an 11 year old boy, who has always been fascinated by space and astronauts, secretly enters an Apollo-like spacecraft in Cape Kennedy and emerges as the hero who saves the crew after an accident on the ship occurs. Perhaps a more anarchic, yet humorous, episode on film involving stowaways can be seen in the Marx Brothers hilarious movie Monkey Business (1935). While stowing away on a ship to America, Graucho, Chico, Harpo and Zeppo get involuntarily pressed into service as bodyguards for a pair of gangsters while trying to constantly elude the vessel's crew.
After an initial invitation to participate in Stowaways, the nine artists in this exhibition were asked not to communicate further with the curator about their work in the exhibition; the curator saw the pieces for the first time only on the day of installation. Here the secret and clandestine character of the stowaway enters the context of the exhibition, an element that will remain present through the specific nature of the display in which art works are not instantly visible but need to be discovered.
www.wattis.org