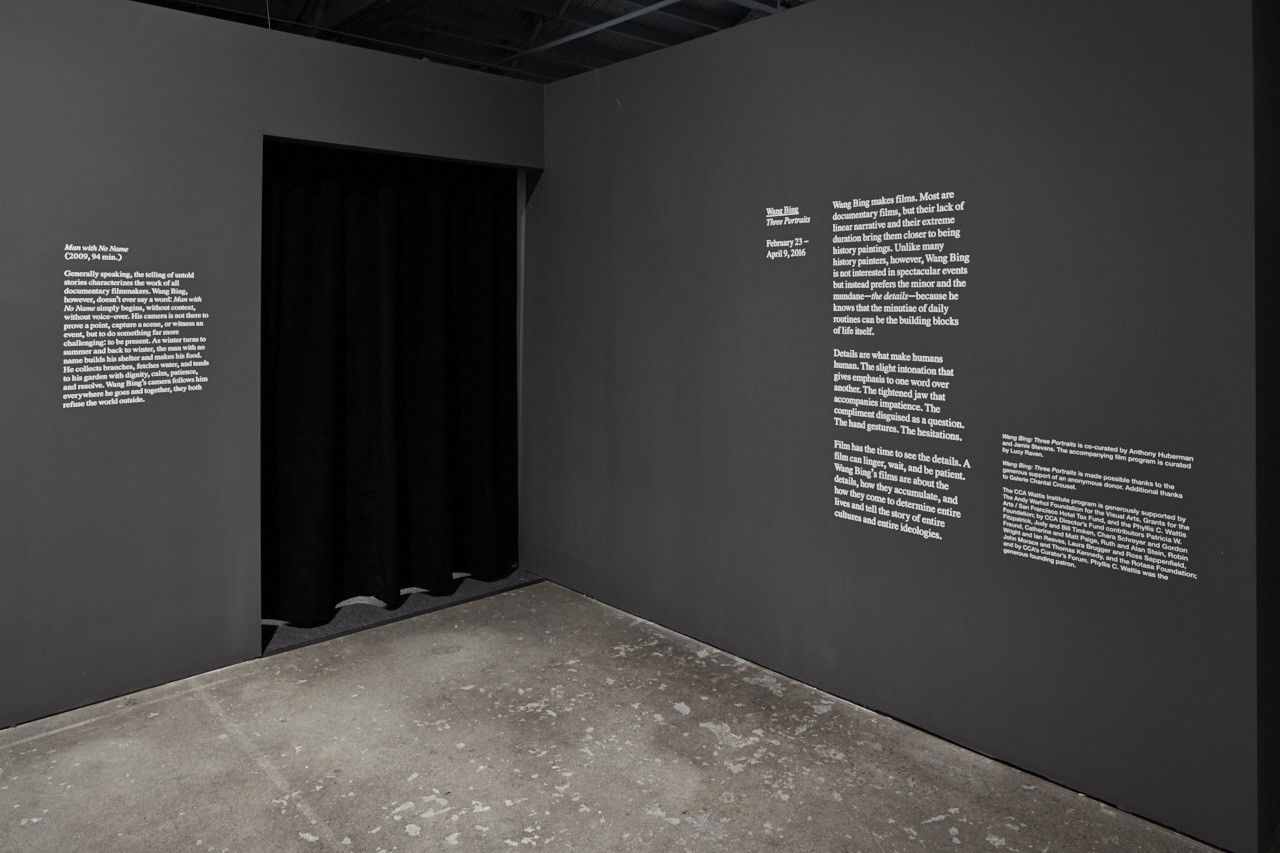 Details are what make humans human. The slight intonation that gives emphasis to one word over another. The tightened jaw that accompanies impatience. The compliment disguised as a question. The hand gestures. The hesitations.

Film has the time to see the details. A film can linger, wait, and be patient. Wang Bing's films are about the details, how they accumulate, and how they come to determine entire lives and tell the story of entire cultures and entire ideologies.

Most are documentary films, but their lack of linear narrative and their extreme duration bring them closer to being history paintings. Unlike many history painters, however, he is not interested in spectacular events but prefers the minor and the mundane—the details—because he knows that the minutiae of daily routines can be the building blocks of life itself.