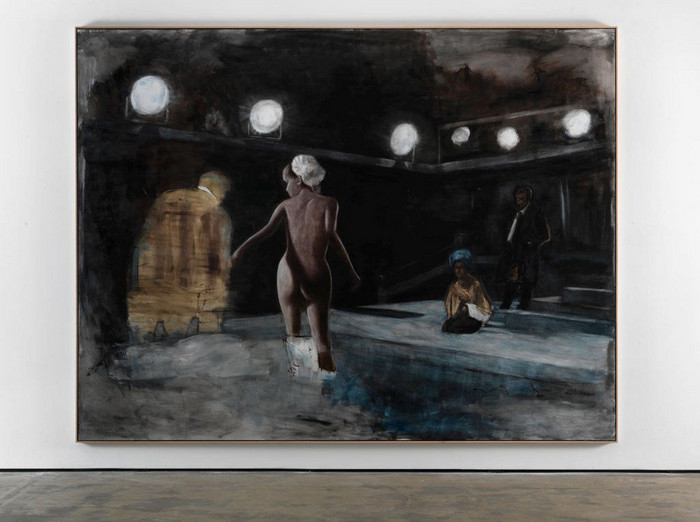 Time communicates itself through pictures. It is not just the events that are conserved and transported through pictures, but an indefinite notion of time. Thus the memory of childhood is steeped in a warm orangey red, as if life had always taken place in the glow of a setting sun. The aesthetics of the discoloured colour photographs makes individual events seem strange, alien, and connects the memory of an entire generation. The aesthetics of the pictures is separated from the actual content, becomes independent and gains its own meaning. A black-and-white photograph with roughly serrated edges does not just tell the story of its motif. Found in the depths of a box of somebody else’s memories, we may not even recognize the people on the photograph, nor decipher the context. And yet, the aesthetics of the photograph describes a time that can be vaguely located in the time of our grandparents or great-grandparents. A time that is long past and which we can hardly evaluate. There is an aesthetic haze that descends on the events of the past and which sometimes reveals nostalgia.

Axel Geis’ paintings describe the fascinatingly ephemeral nature of this historic veil or haze. The individual, detached figures appear fleeting and aloof. They emerge from their background only cautiously, or seem to turn away from the beholder to disappear forever in the haze of the past. Of course the individual people on the paintings remind us of something. Goya, Manet... but why? The clothes, the postures? Are these clear quotations of well-known paintings that we should recognize? Or are they only costumes, a historical film, making an appearance here? The central painting of the exhibition makes Axel Geis’ treatment of the “layers of the past” (Gilles Deleuze) quite clear. The scene of the painting, with the nude back in the centre, reveals the outlines of a bathroom and comes from the 1981 film Passion by Jean-Luc Godard. In this film about a young director, Godard stages paintings by El Greco,
Rembrandt, or Rubens as tableaux vivants. The lighting in the paintings is imitated by studio lamps, which in Axel Geis’ painting causes an immediate alienation effect. The re-enacted scene refers to Ingres’ painting The Turkish Bath (1862). Thus in Axel Geis’ painting, various layers and veils of time are woven together. The posture of the young woman evokes the nineteenth century, while the technical light points superimpose the reflection of the twentieth century, only to be blurred once again by the twenty-first century through Axel Geis’ painterly intervention. Times and notions of times interpenetrate and overlay each other, like the boy taken from Goya is pushing away St. Catherine and Mary in Junge mit Figuren. The title of the exhibition, L’infinito, – a reference to the eponymous poem by Giacomo Leopardi – thus is given a particular meaning. What is given expression in Axel Geis’ paintings is the infinity of the notion of times that keep blurring and superimposing on one another. Times that we only know through the paintings by Goya or Manet, or historical films that in turn refer back to these paintings.
Over the course of recent years, Axel Geis’ paintings have become increasingly more sketch-like, more fleeting, and thus more precise. At the centre of his works is not the historical find, but rather the difficult-to-grasp sense of time itself. Axel Geis belongs to the group of contemporary artists who reflect on history and who make their own subjective perception of and fascination with history the subject of their work. Searching for parameters of history, we discover that history is not a series of fixed reference points that exist on their own, and which then need to be taken up. History is first and foremost seen as a changing mode of perception which can itself become material for expression. With his paintings, Axel Geis gives a form to this subjective perception. The motif of the paintings is not the figure, but the aesthetic veil of time which envelops it.
www.wentrupgallery.com/home/