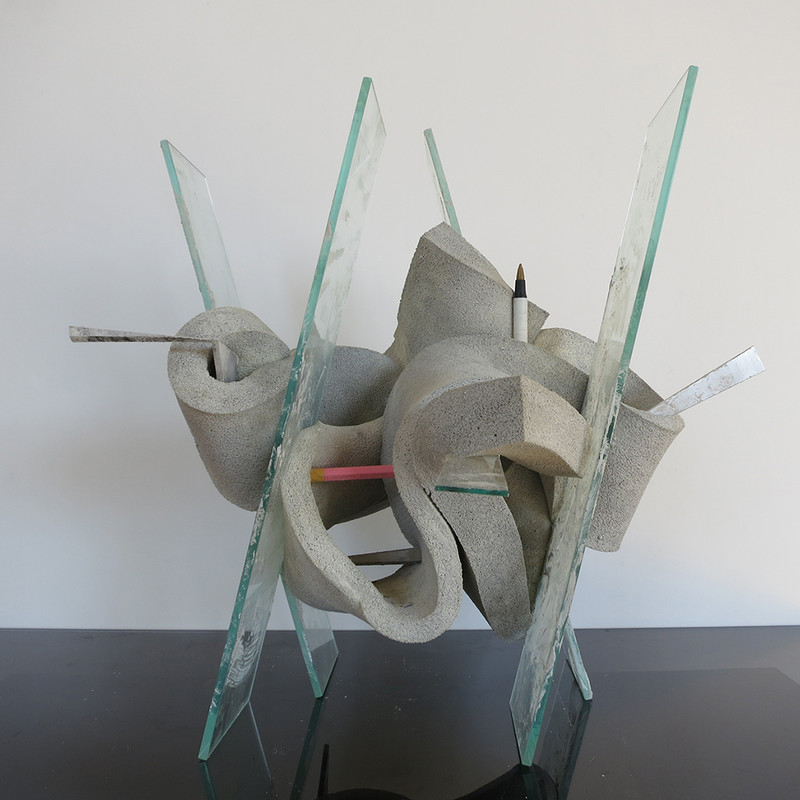 Dave Hardy makes complex sculptures from poor materials. His works are made out of furniture foam and pencils, wooden sticks, glass and sometimes even pretzels. In one piece, a glass plate rests on one lonely roll of masking tape. And in another, thick slabs of foam lay gently upon each other to create “soft monument“ (2014). One is tempted to understand the works as light and witty, to see them as a humorist expansion of minimalism with a pinch of trash art. Sometimes their composition appears constructivist – the work „pretzel tower“ (2014) seems to resonate against El Lissitzky’s sketch for a Lenin monument from 1920. And those zig-zag glass forms, do they not mimic the shape of Brancusi’s „Endless column“?

At the end of the day though, Hardy’s objects are precisely not about the surface and external apparition of things. They perform the material’s inner qualities. The glass cuts sharply, the pencil sticks painfully and the foam bends softly. Hardy’s works are beautiful monuments to visceral, daring constructions almost at the point of in-balance, about to tip over like a house of cards. As such, they are probably not only sculptural visualizations of the material’s specificities, but maybe just as much, and most intriguingly, a psychological diagram of their sculptor.