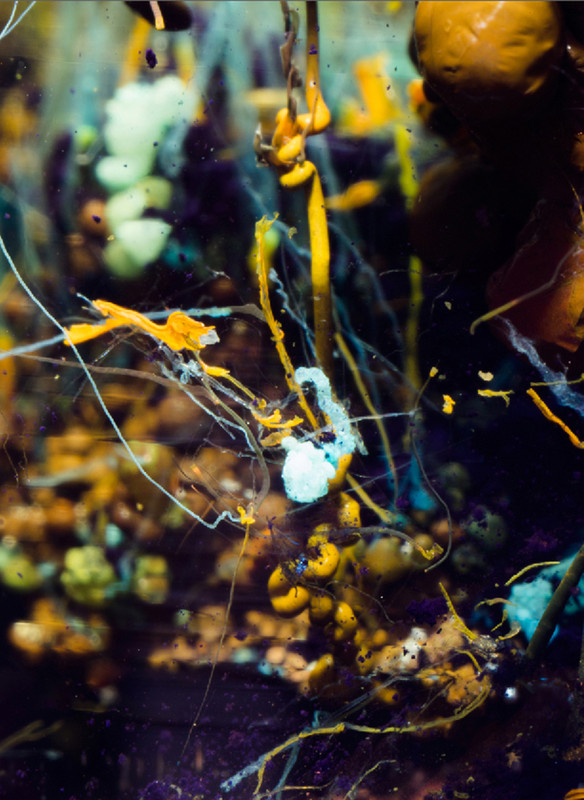 “Step out of your cave: the world waits for you as a garden. The wind plays with heavy fragrance, which seeks for you; and all brooks would like to run after you.”

When Zarathustra talked of a garden, he is referring to “Pari-Daez”. This Persian word means exceptional garden and gives its name to our Paradise. The garden as a “slice” of terrestrial paradise is considered by Persian tradition as an enclosed space dedicated to spiritual rest and recreation, in harmony with and open to the senses. The paradise evoked here is the promise of an ideal world.

In his book “The Third Paradise”, the artist Michelangelo Pistoletto imagined a future where nature and artifice meet, overcoming the destructive conflict, which puts them at odds today to create to a new phase in civilisation.

It is exactly the experience of convergence that Hicham Berrada investigates through his first solo exhibition in Berlin. He invites the spectator into his garden, a meeting place between nature and artifice.

For “Mesk Ellilé” or night-blooming jasmine, he uses water, heat and light to stimulate this notoriously capricious Mediterranean plant to bloom and disseminate its intoxicating fragrance.

From the garden of the Villa Medici where Berrada worked one year in residence, he was able to capture a moment suspended in the sky: the dance of the bird as it spirals down, attracted by light.

His garden also takes on aquatic and microscopic forms in “Présages” where the arrangement of elementary particles is made visible to the spectator’s naked eye.

Plunged into the twilight, with the only sources of light being the video of birds whose choreography seems guided to the chords of a secret concerto, we enter the possible “Pairi-Daeza” guided by the enchanting promise of a future where human artifice finally returns to the benefit of nature.

Born in Casablanca, Morocco in 1986, Hicham Berrada lives and works in Paris. After graduating from Ecole des Beaux Arts (Paris) in 2011, he continued his training at the National Studio of Contemporary Arts, Le Fresnoy, subsequently becoming a resident of the Villa Medici in Rome in 2013. He has taken part in numerous events and exhibitions including in 2011: MoMA PS1, New York, Drawing now, Le Musée imaginaire de Jean de Loisy, Carroussel at the Louvre; in 2013: Module, at the Palais de Tokyo, in 2014: Le Musée éclaté on the Caen peninsula; Avec et sans peinture, Mac/Val, at Vitry-sur-Seine; La Nuit Blanche, in Paris, and in 2015: Biennale de Lyon and Estonia Biennial.