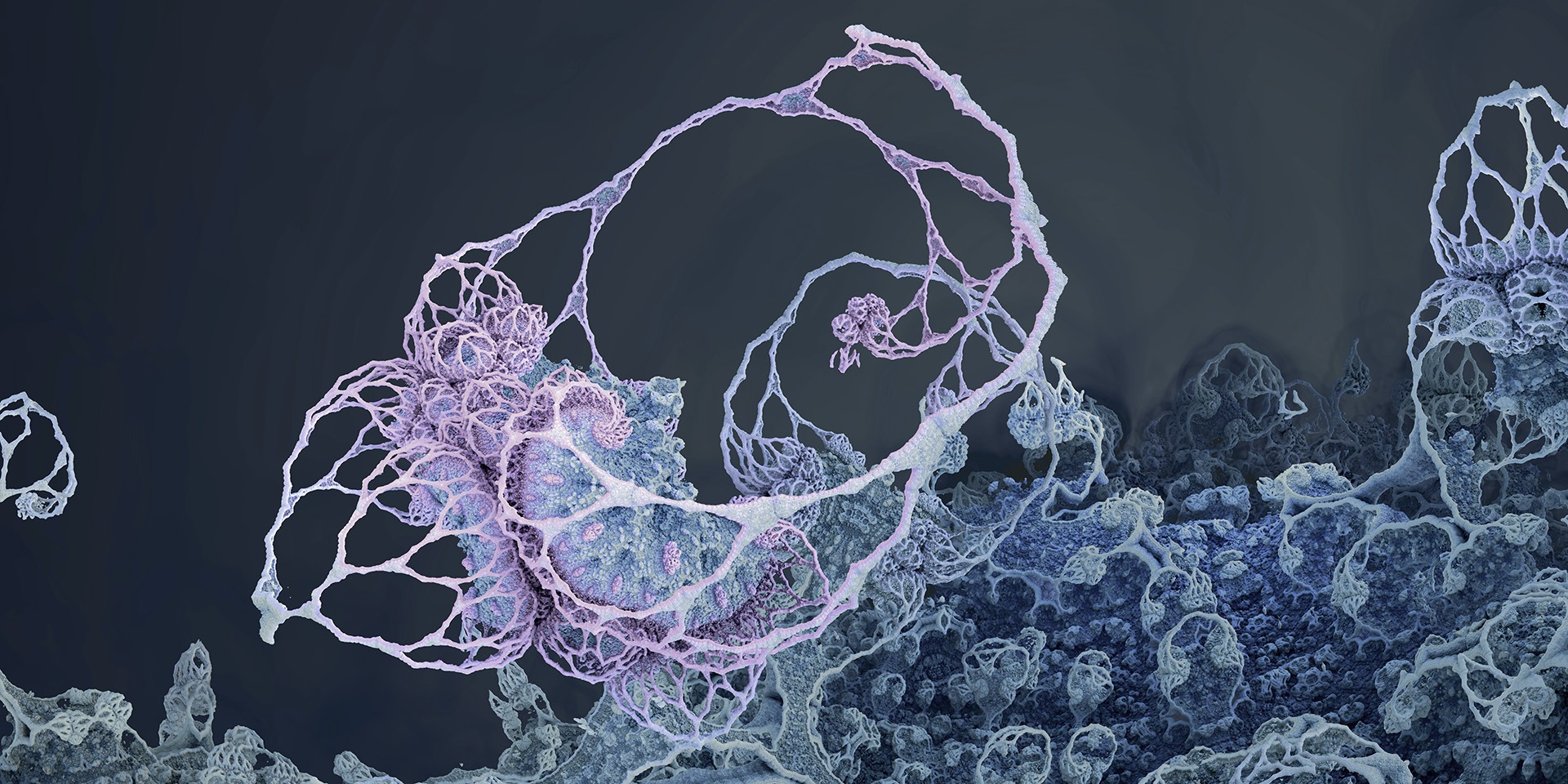 To have shapes and forms emerge and appear instead of exhibiting them – that is the principle of
Enclosed Natures, Hicham Berrada’s second solo show at Wentrup. We get to see activated nature in a studio state: shapes that are not represented, but generated.

The two videos in the exhibition continue the ongoing series Présage started by the artist in 2007. Filmed in real time, they show a container with a circumference of 10 centimetres in which chemical components interact. The proportions are suspended, as are the lines between the organic and the mineral. We have the tendency to see the world of minerals as petrified, and to posit it in opposition to what is alive. We are not able to perceive the movements of minerals because their temporality exceeds ours. This chemically activated matter generates multiple worlds that can simultaneously represent forms of plant life, architecture, and surreal or familiar landscapes.

The two aquariums of the series Mancies modify a technique that was used for fortune-telling in the Middle Ages: a material that is heated to just before melting point, often wax (la kéromancie) or lead (la molybdomancie) is put into water, and the resulting shapes are used to tell people’s fortune: the bronze, brass, or pewter shapes melt into a sculpture. The similarity of the compound metals creates an electric tension that accelerates the corrosion of some components, which in turn is to the advantage of the other components, because they are better protected.
The material, which usually is considered to be a fixed, inflexible matter, becomes perceptible before our eyes, materialising in spiral-shaped hazes that effuse and unfold into ethereal landscapes in the water.

The 3D-sculpture from the series Augures Mathématiques emerged from the interplay of various equations of morphogenesis. As a sculpture in a dynamic system, it is a hybrid of cloud formations, tree roots, and lichen. 3D printing makes it possible to materialise a virtual unit created on the basis of mathematical calculations. It could possibly even have developed without human intervention, because its growth is based on the laws of physics that determine our world. It expresses a possibility that exists, or perhaps will exist, at other times and in other spaces.

Hicham Berrada (born 1986 in Morocco) lives and works in Paris and Lille (France).

He participated in Biennials such as the Lyon Biennale (France); BIM–Biennale of Moving Image, Geneva (Switzerland) and the Yinchuan Biennale (China). Berrada was a fellow of the Villa Medici in Rome (Italy) and the Pinault Collection in Lens (France).