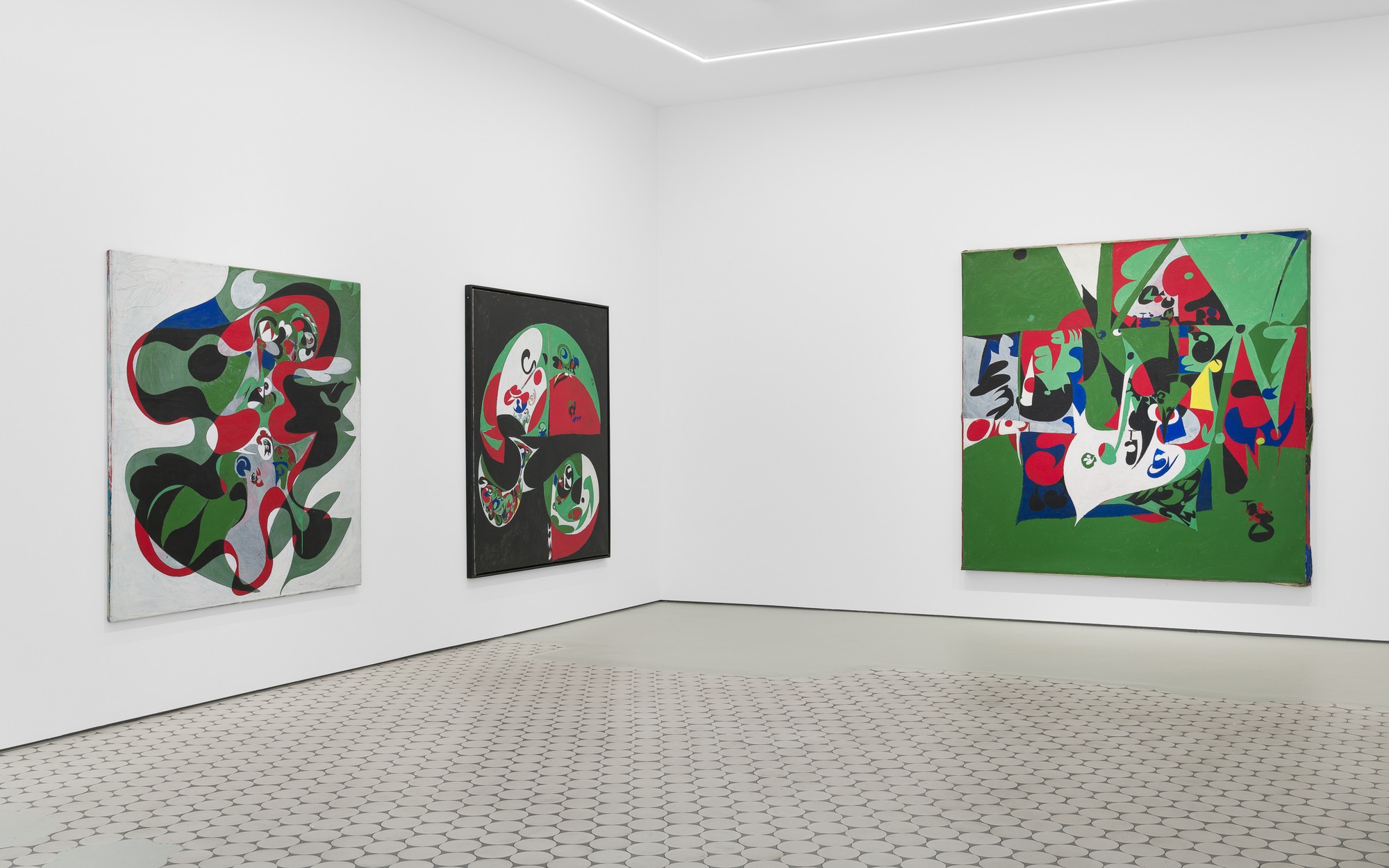 Jochen Seidel’s eventful rose from that of a happy and successful artist, to the events of a man that reads like a fascinating, but in its final analysis, a tragic biography from the middle of the twentieth century between the US and Europe, east and west.

Jochen Seidel was born in 1924 in Bitterfeld. He grew up under the Nazi regime and in 1941, aged 17, he was drafted into the army. It was there that his landscapes and drawings displaying his artistic talent drew considerable attention where he in turn he was commissioned to make numerous portraits of fellow servicemen and officers.

After a short period as a prisoner of war, he returned to Germany where Seidel suddenly found himself living under the oppressive rule of the GDR. Initially, he studied painting at the academy Burg Giebichenstein in Halle (Saale) and then worked freelance as a skillful painter of wall decorations. He felt so limited by the art ideology of the GDR that he decided to move to West Berlin.

He became a student again at the art academy in West Berlin, and increasingly established an autonomous visual vocabulary, on a path to dynamism and the composition of color fields. The Galerie Rudolf Springer supported and promoted these very personal visual visions and presented Seidel in an important solo show. This successful cooperation led to early exhibitions in Kassel, Vienna, Stockholm, Helsinki, Caracas, Lima, Buenos Aires and Montevideo.

In 1961, Seidel traveled to the US for the first time, where his painting Universale Farben I was exhibited at the Carnegie International Exhibition in Pittsburgh. It was immediately bought by the American collector Gordon Bunshaft.

Thrilled by this experience, Seidel started to engage intensively with American contemporary art, which led him to a teaching job at Dickinson University in New Jersey as part of the International Arts Seminar. It was there that he met the Swiss artist Mireille Wunderly, eleven years his younger, who would later go on to become his wife. The divorce from his first wife meant that he never saw their son again, which affected him for the rest of his life.

After getting married, the couple initially lived in Switzerland, and then from 1964 onwards in New York, on Broadway 812, where Seidel also had his studio. There he realized his first group of works, the Poem Paintings; colorful merging layers of paint of encoded text elements. In order to finance his life as an artist, Seidel taught at the Pratt Institute. There were additional exhibitions, including at the New Jersey State Museum and the Goethe Institute in New York.

In New York, Jochen Seidel met Helen Frankenthaler, Frank Stella and Robert Motherwell, and engaged with their works intensively. “And it seems to me as if not all conclusions have been drawn from the so-called abstract expressionism, and as if POP, OP, Minimal and etc kinetic, when they are good, only work partial aspects, as if they circumvented (or prepared) something – or were exploited...” (Jochen Seidel in a letter to Dieter Masuhr)

The color palette of his painting, now increasingly painted with acrylics, are reduced to four shades: dark, subdued red and green, black and white, and occasionally, blue. As early as the 1950s, Seidels paintings moved away from figuration, and his renunciation of a unified visual logic reached its pinnacle during his New York years. Compositions of organic forms, with inherent drawings reminiscent of the imagery of Arshile Gorky and Joan Miró, characterize his oeuvre at that time. A simultaneity of micro forms and macro forms emerged, of delicate details and large fields. Figuration, however, was never abandoned completely, and the painting retain titles that suggest their legibility in terms of content.

“The colorful fields suggest a partially confusing spatiality or simultaneity of spatial effects, because the color fields operate with perspectival vanishing lines while at the same time countering this by acting as concrete painting fields. But these pictures do not exhaust themselves in cool calculatedness and hardness, as was the case with American color field painting.” (Angelika Stepken, in: Der Sprung ins Bild. Jochen Seidel 1924-1971, exh. cat., Staatliche Kunsthalle Berlin, Berlin 1992)

Elements of geometric abstraction can be found next to references to pop art and Robert Rauschenberg’s Combine Paintings from the same time, in which real everyday objects are integrated into the painting.
In addition to paintings that have been described as “fragmented” series, Seidel, influenced by Informel and tachisme in post-war Germany, made a unique contribution to abstract expressionism which was probably inaccessible to the American painters of the New York School. In the US, Seidel developed his own idiosyncratic style that always shows traces of his inner conflict.

In 1968, after a trip to Europe, the marriage with Mireille Wunderly broke down, and Seidel returned to New York alone. There, he attempted suicide for the first time. Even though Seidel was highly regarded by dealers and fellow artists, alone in New York, on his own, he increasingly lost the will to live.

Only art gave Seidel, who was working all the time, some energy: “I feel that I’m close to death, and I regret that a little, because I would have liked to paint for a few more years – because that basically is the only ‘pleasure’ with which one can evade the fear of death... My art is FEARDIMENSIONAL.” (Jochen Seidel in a letter to Dieter Masuhr.) This was the beginning of a time marked by depression, drugs, alcohol, and several hospital admissions. He lost his teaching appointment at the Pratt Institute and become completely destitute. In 1971, Jochen Seidel took his own life in New York.

The innovative strength and unique quality of Jochen Seidel’s paintings were only widely appreciated after his death. Numerous American museums acquired works by him. Today, paintings by Jochen Seidel are in the collections of many of the world’s most esteemed institutions, such as:

In the early 1980s, the Neue Nationalgalerie Berlin acquired seven Word Drawings, which are today part of the Kupferstichkabinett’s collection.