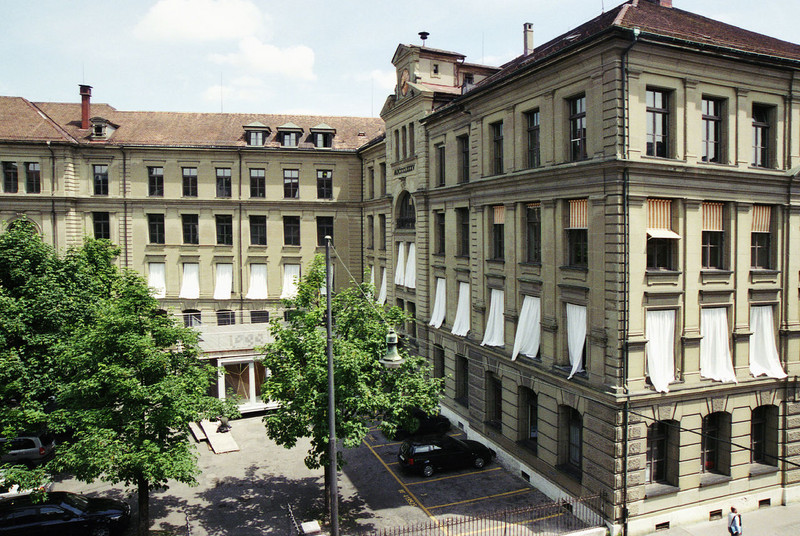 We are pleased to announce the exhibition Rallye with works by Nevin Aladag, which will open on 2 Sept-ember at the gallery. After a project show with Wentrup last year, this is Nevin Aladag’s first larger solo show at Galerie Wentrup.

Nevin Aladeg’s show brings together two areas of the artist’s by now quite extensive oeuvre. Her macramé knotted works are connected both in terms of their material aesthetics as well as of content to her carpet works Pattern Matching of 2010, shown at the gallery before. The work Rallye, which also lends its title to the whole exhibition, is not just a video – a medium with which Aladag frequently works – but the artist here returns in terms of theme to her beginnings as a trained sculptor. The six-minute video Rallye was made during the performance Post Monument during the XIV International Sculpture Biennale in Carrara (Italy). Aladag stages three racing cars in the city famous for its marble and sculpture. At walking speed, professional racing drivers drive these cars noisily from the quarry to the city centre. Aladag here does not just bring a decelerated racing car platoon into an alien context, she also addresses temporality and the circulation around three-dimensional sculpture. In Rallye, Aladag gives visual form to circling around questions of sculpture's aesthetics of reception and the material origins of sculpture itself in the quarry. Aladag’s most recent objects are macramé knotted works made of steel cable. Initially, they seem to be an unusual version of an established oriental cultural skill usually applied in the field of textiles. The knotted patterns, however, are imitations of the steel-cable’s cross-sections and thus refer not to a specific cultural area, but rather they are portraits of the structure inherent to the macramé itself.

The solo show Rallye at Galerie Wentrup thus on the one hand presents new artistic positions by the artist, who was born in Turkey and grew up in Germany, which skilfully embed the (Western) gaze and its expectations in the macramé object, only to then steer it in unexpected directions. The work Rallye itself, on the other hand, stages a performative act that manages to create a link between the media of video and sculpture. Nevin Aladag’s works have been shown in numerous solo and group exhibitions, among them the 2009 Istanbul Biennale. This year, Nevin Aladag participated in the group shows Move – Art and Dance at Munich’s Haus der Kunst and Tactics of Invisibility at TBA 21 (Thyssen Bornemisza Contemporary, Vienna) und Arter, Istanbul. The solo exhibition Dim The Lights 6:07 min at TANAS just closed at the end of July. Künstlerhaus Stuttgart and Friedrichshafen’s Zeppelinmuseum will devote solo shows to Nevin Aladag later this year.

We would also like to direct your attention to the performance event "Testing Stage" which the Hebbel Theater in Berlin is organizing in cooperation with the New York festival Performa. In addition to Nevin Aladag, there will be also performances by Keren Cytter, Phil Collins, Dominique Gonzalez-Foerster, Tobias Rehberger, and Simon Fujiwara. Furthermore Nevin Aladag will show her performance "Hochpaterre Wien" at abc art berlin contemporary.
www.wentrupgallery.com/home/