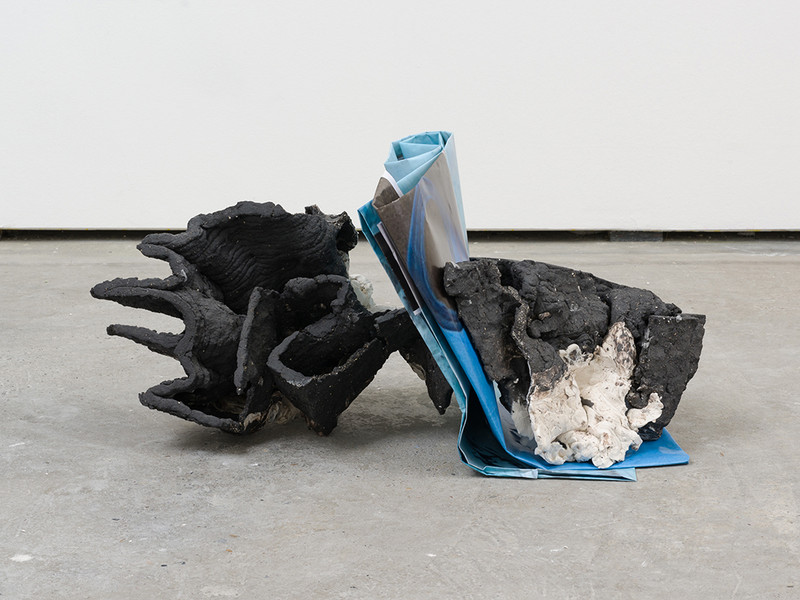 For their second solo show at WENTRUP, Peles Empire has designed a large-scale installation which is based on their many years of exploring the relationship between original and copy, and whose concrete starting point is the ensemble of spaces in the gallery on Tempelhofer Ufer. Strategies of optical flattening out and illusion, the transformation from 3D to 2D and back to 3D, and not least the question as to if and when a work can ever be understood to be completed — these are some of the motifs Peles Empire handles in their exhibition 1EYE 2EYES.

Even while they were students at Frankfurt’s Städelschule, the duo Katharina Stöver and Barbara Wolff began its research into Schloss Peles in Romania, a project that is not merely preserved in their pseudonym Peles Empire but actively continues. The castle, an eclectic building in the style historicism, programmatically represents Stöver and Wolff’s practices of appropriation and the re-staging of architectonic structures.

At WENTRUP, the new show 1EYE 2EYES includes a complete re-staging of the gallery space. New sculptures, photographic wallpaper, Jesmonite objects, carpets printed with photographs, and paintings form an all-embracing installation whose motifs have been generated from images previously recorded within the very same gallery space. For instance, on some of the 2 x 3 m carpets, photographs of earlier stagings at WENTRUP or of leftover packing materials are visible. Peles Empire here employs classical painterly techniques of trompe l’oeil, but also combines them with more recent phenomena in the history of architecture and photography such as “forced perspective” images, which redefine proportionalities within representation—reality relations.

Their piece rests sculpturally on the gallery topography and portrays it with itself — altered, however, in medium and material. A comparison with Jorge Luis Borges’s well-known story “On Exactitude in Science” comes to mind, in which the map of the world has attained the dimensions of the world itself and suddenly original and copy lie spatially one on top of the other and the copy is identical to the original in every respect.

In 1EYE 2EYES, Peles Empire particularly takes spatiality and perspectival seeing as its point of departure, transforming the spaces of the gallery through a seamless installation in such a way that the copy copied here emerges as an independent and therefore new original.

In 2011, Peles Empire was selected for Frieze Projects at the Frieze Art Fair in London. Shows in 2009 included ORTON.nl, Rotterdam. In 2007 the MAK Center for Art and Architecture invited Peles Empire to the Schindler House, Los Angeles, as part of its artist-in-residence program.
www.wentrupgallery.com/home/