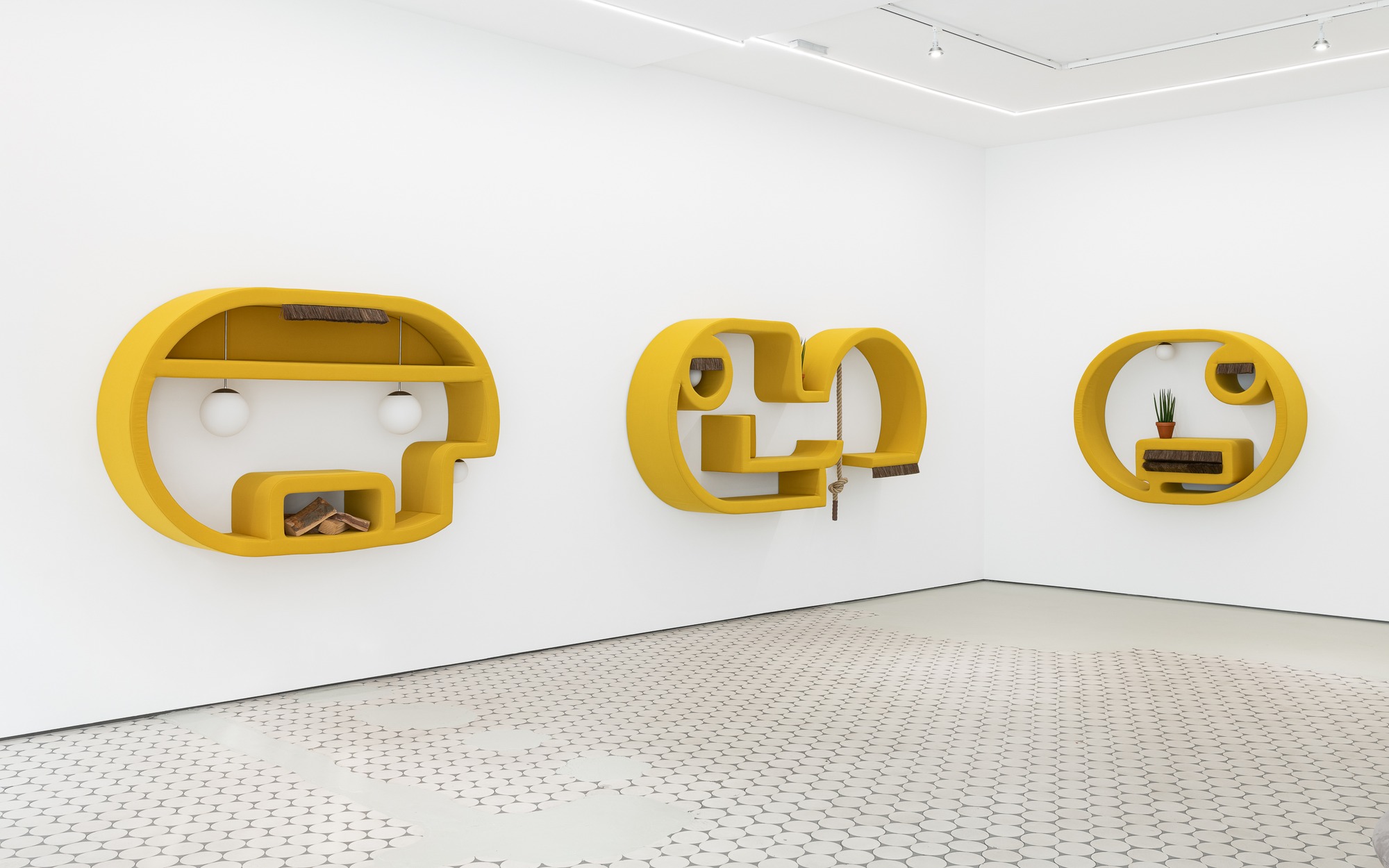 Wentrup is pleased to announce the inaugural exhibition at the gallery of Cologne-based artist Thomas Grünfeld. The artists' sculptural oeuvre is characterized by the use of unusual materials and a complexity rich in allusions and references. Since 2004, Grünfeld has been professor of sculpture at Kunstakademie Düsseldorf.

For the exhibition, Grünfeld conceived new sculptures that draw on his so-called fireplace series. These transfer the architecture of domestic open fireplaces into minimalistic upholstered sculptures. They were shown in 2016 at Massimo de Carlo Gallery in London and in 2017 in the private Dusseldorf museum Philara.

The new works in this show are entitled jene (them) and intentionally refer to something specific that is, as it were, unspecific. This open reference becomes directly legible when we behold the sculptures, which bring back memories that cannot be quite grasped. The reliefs, made of upholstery in graphic shapes, are not located in the middle of the space, but hang on the wall, connect to the space, and in their formal vocabulary are reminiscent of wall shelves and sideboards. The impression of functional furniture is reinforced by other fixtures such as a ball-shaped lamp, potted plant, horsehair (sealing brush for doors) and wooden logs, referencing the objects of a bourgeois home furnished to create coziness, order, and straightforwardness.

The home environments of Verner Panton, where the lava lamp replaces the ball-shaped lamp, also want to be soft and round. His fantastic furniture space Visiona was conceived as a commission of the chemical corporation Bayer in Leverkusen—where Thomas Grünfeld was born—in order to propagate the use of new synthetic fabrics.

Once we engage with Thomas Grünfeld’s works at length, we cannot help but see faces in them. Lamps become pupils, brushes become eyelids, and thick hemp ropes become hair. Not last because of their mustard-yellow coloring and round shapes, the works are also reminiscent of the quirky faces of the minions, a horde of animated figures created at the Pixar animation studios. The minions are characterized by their playful, insane behavior, their own language, and their different personalities: characteristics that might also be ascribed to the new reliefs by Thomas Grünfeld.