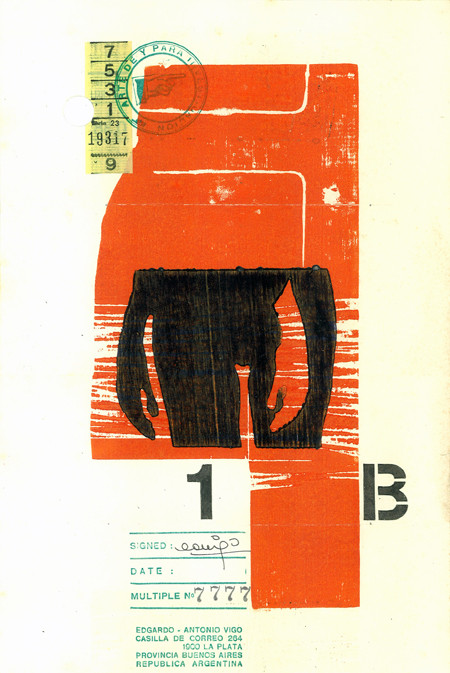 Conceptualism, Visual Poetry and Mail Art characterize the comprehensive oeuvre of the Argentinean artist Edgardo-Antonio Vigo (1928-1997). In the context of the military dictatorship in Argentina, his art constituted a political gesture. Through his rubber stamps, artists’ postage stamps, text works and his statements, which participated in a network of international artistic exchanges, he called attention to the situation in his native land as well as to the fate of his son – who “disappeared” in 1976 – and of the thousands of other victims of the military dictatorship.