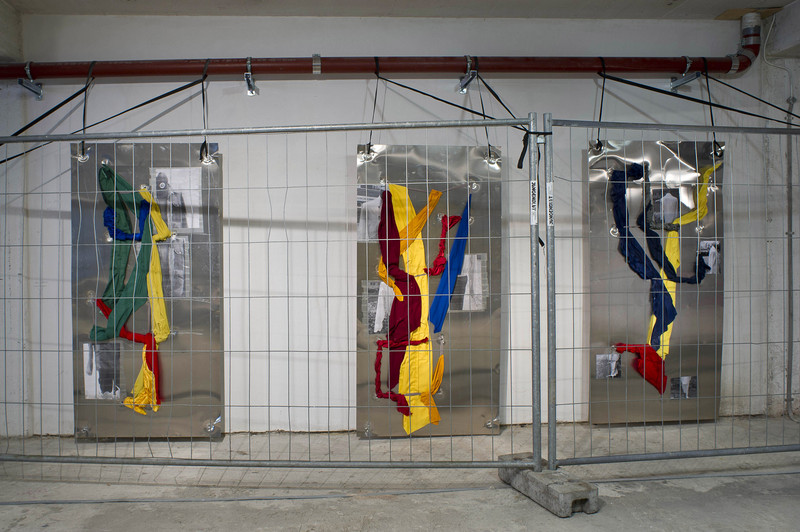 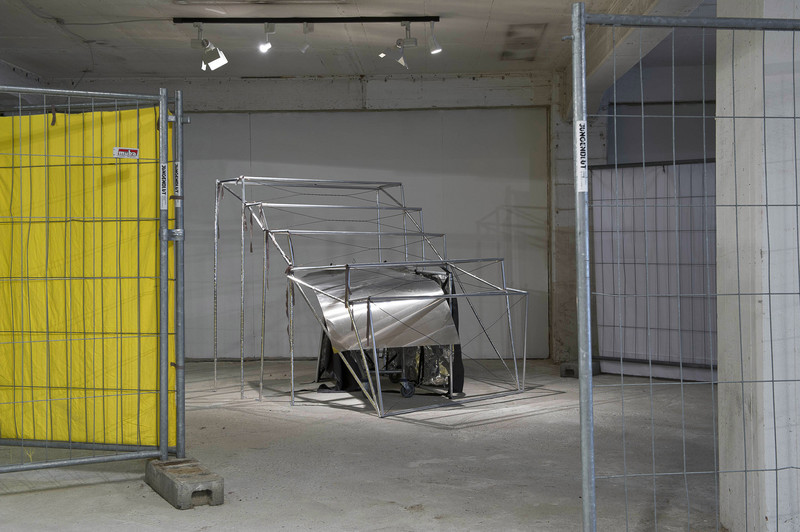 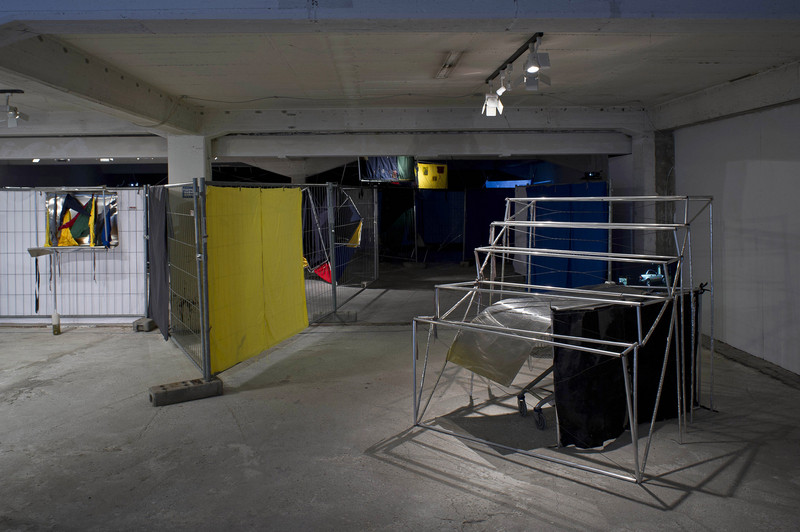 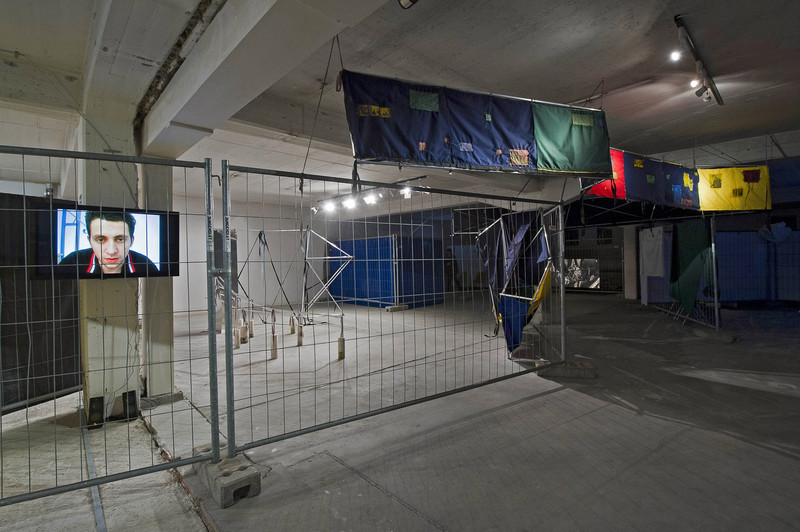 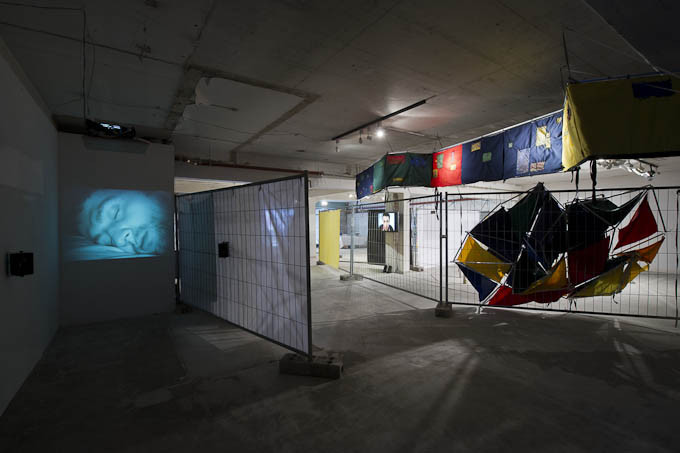 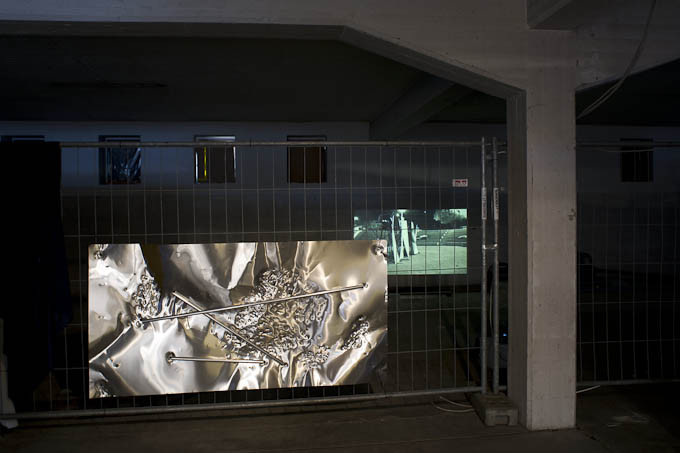 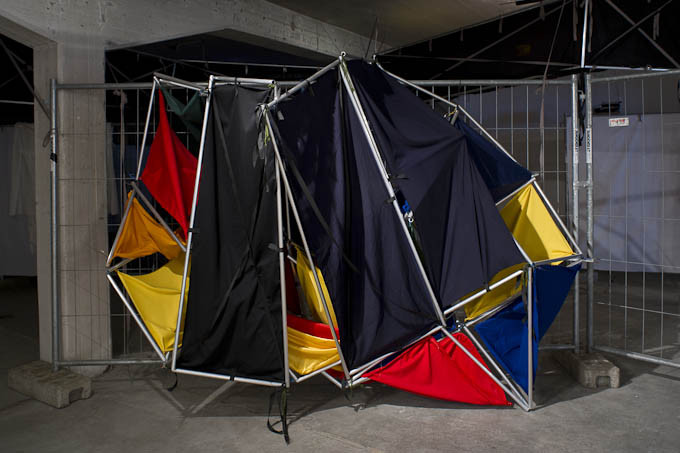 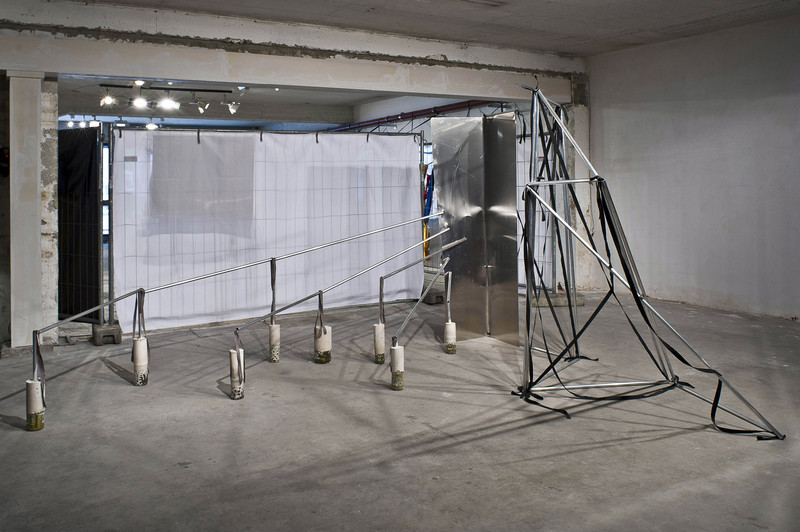 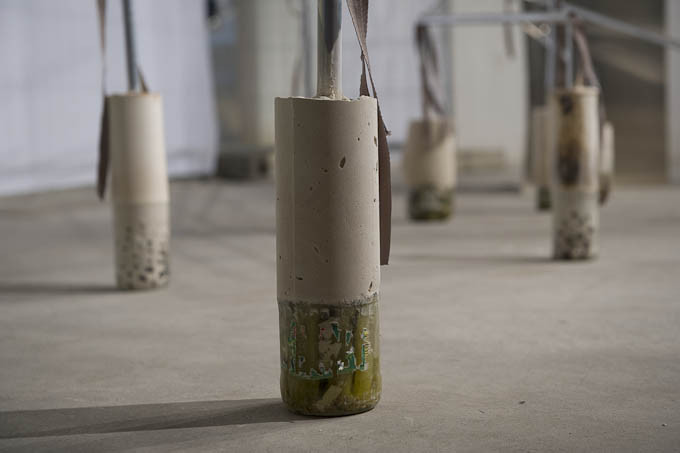 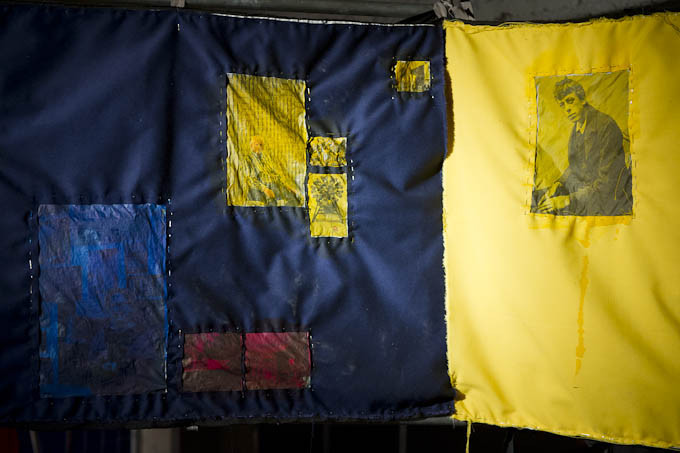 The exhibition by Yorgos Sapountzis (*1976, Athens) is intended as a two-part project. The show at Westfälischer Kunstverein Münster follows a presentation at the Ursula Blickle Stiftung, here Sapountzis focuses more retrospectivly on already exsisting videos und performances, the is presenting mainly new works in Münster which are particularly created for he exhibtion at Westfälischer Kunstverein.

The works of Yorgos Sapountzis engage with public space, placing it in a new consciousness incorporating both the past and the present. Many of his projects take as their starting points the countless public monuments from various centuries that make up the topographies of our cities. These become the protagonists of his own performances, sculptures, and videos, presenting a striking juxtaposition of contemporary art, historical narration, and the theatricality of the stage. With apparently inexhaustible energy, Sapountzis – alone or together with his audience – stages choreographies that are somewhere between slapstick, gymnastics, and group ritual. Parasite-like, he advances into the empty public space, most often at night, to enter into a dialog with the sculptures standing there as well as his protagonists by giving a temporary performance using adornments of simple materials and costumes. From the recordings of these performances, he then creates his own video installations.

Almost all of his works combine elements of choreography, theater, costume, and organized chaos.
Sapountzis’ subversive appropriation of public spaces combines a sense of playfulness with a specific creative intent. His staging sets ephemeral and corporeal fragility against the sculptural purity and architectural solidity of the historic public monuments, raising questions as to who can utilize the public space and how the esthetic signs of the past should be read. This productive appropriation of history also expresses an anarchic intent. The simple materials that he uses, such as cloths, plastic rods, and newspaper, are joined by striking colors, which run through all of his works like a red flag. A further key design element in his works is electronic sound, which accompanies all of Sapountzis‘ video installations, and which he develops specifically for the installations in collaboration with Norwegian musician Oyvind Torvund.

Sapountzis’ obsessive experimentation with sculptures and monuments and the role of the body in public spaces stems from an engagement with his native Athens, a city with a particular abundance of historical monuments and whose theatrical history still seems to exert an influence on modern urban life. Sapountzis’ works, therefore, can also be seen as a Sisyphean quest to enter into a current, productive dialog with the artistic forms of a bygone public consciousness.

A catalog with texts by Chris Kraus, Rosalyn Deutsche, Katja Schroeder and Veit Loers to accompany the exhibition is being published by Sternberg Press in cooperation with Ursula Blickle Stiftung, where Yorgos Sapountzis will be presenting a first part of the project from may 19 to july 8.