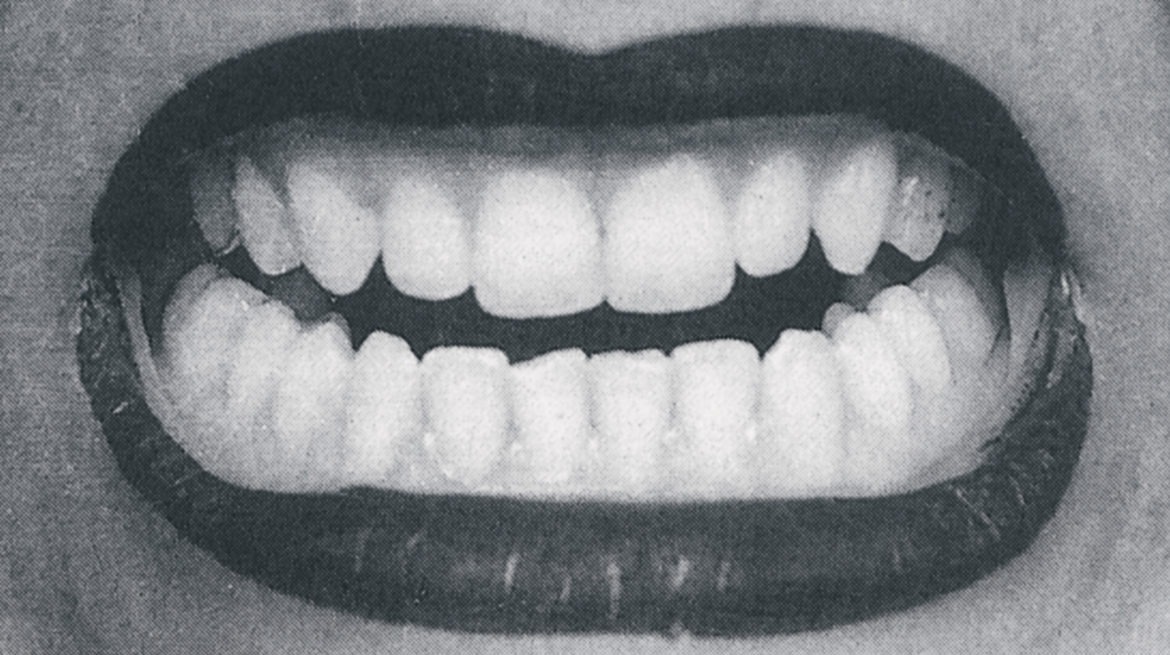 In-Out (Antropofagia) [In-Out (Antropophagy)], from the series Fotopoemação [Photopoemaction], 1973/74–2000 (detail), Photo: Max Nauenberg, Courtesy the artist and Galleria Raffaella Cortese, Milan
With simple materials like clay, paper and ink Anna Maria Maiolino (b.1942, Italy) constructs a fascinating world rooted in human conditions such as longing, fragility and resistance. This is the artist’s first retrospective in the UK, spanning six decades of work.

Born in Italy during World War II, Maiolino has lived in Brazil since 1960. Her oeuvre gives form to her experience of exile, deprivation and survival under authoritarian and patriarchal regimes.

Opening the exhibition are hundreds of simple shapes made of clay such as balls, rolls and snakes. Slight variations evidence the work of the hand, kneading and shaping the primal material of art – mud. Maiolino’s gestural forms evoke baking, housework and objects of ritual. A sense of fragility permeates the raw clay, as it dehydrates and changes colour.

Her drawings and sculptures constitute a lyrical geometry with marks and voids suggesting an alphabet, maps and topographies; meticulously sewn threads outline a journey of possible spatial configurations. The upper galleries feature prints of the 1960s, and the radical shifts in the use of paper during the 1970s, moving from figuration to a dynamic abstraction inspired by Neo-Concretism.

Created under the radar of Brazil’s military regime, Maiolino’s politically-charged films and photographs explore repression and hunger. Scarcity of food in her childhood and the social and cultural deficiencies of daily life shape the series Photopoemaction (1976–2000). A mouth opens and closes, swallows an egg and expels threads; bare feet tread carefully among scattered eggs. Black stains and flowing lines may represent alienation; or mutate to become symbols of love and regeneration.
www.whitechapel.org