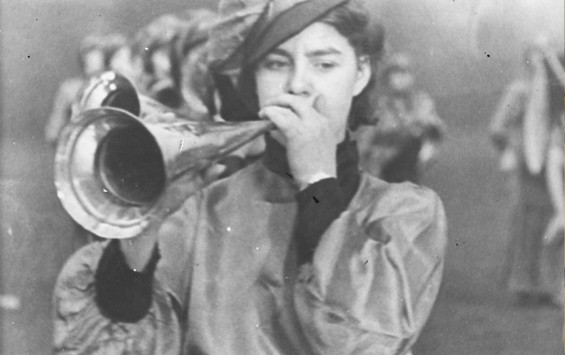 From works by the Pre-Raphaelites and L.S. Lowry, to exquisite Victorian glassware and lustrous artist-designed ‘Pilkington Pots’, this display celebrates works in public collections across the North West of England and poses the question – what role should art play in social change?

Taking its title from the motto used by the architect Charles Barry of Manchester Art Gallery, the first display looks at 19th Century industrialisation and the making and patronage of art. Centering on the relationship between art and social reform between 1850 and 1940, it focuses on Thomas Horsfall’s Manchester Art Museum, Leeds Art Club and Mass Observation.

Highlights include works on paper by Edward Burne-Jones and Ford Madox Brown and watercolours by John Ruskin and William Holman Hunt, which were used to encourage a knowledge and love of art and beauty amongst workers. In contrast, Frank Brangwyn and Edward Wadsworth present gritty depictions of working life whilst photographs by Humphrey Spender and a film by Humphrey Jennings set the social and cultural context. The display also includes intricate carvings of a lobster, banana and fig, highly detailed and delicately crafted curiosities which educated and intrigued visitors at the time.

This is the first in a year-long series of displays exploring the theme of art and philanthropy. It is conceived in collaboration with the Contemporary Art Society by Arts Council-funded Curatorial Fellow Anna Colin, supported by the Harris Museum and Gallery, Preston. For over 100 years, the Contemporary Art Society has encouraged an appreciation and understanding of contemporary art by donating works to museums and public galleries across the UK.
www.whitechapel.org