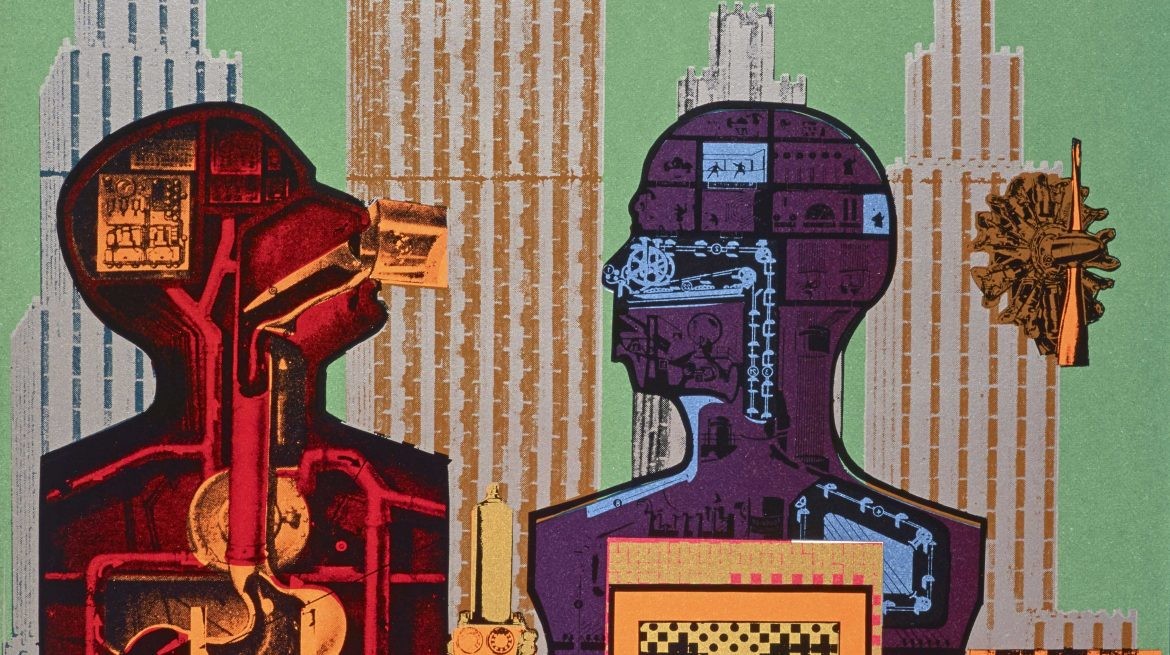 Eduardo Paolozzi
Wittgenstein in New York (from the series As is When), 1965 (detail)
Courtesy Scottish National Gallery of Modern Art: GMA 4366 K © Trustees of the Paolozzi Foundation, licensed by DACS
EDUARDO PAOLOZZI
16 February – 14 May 2017

Eduardo Paolozzi (1924-2005) was one of the most innovative and irreverent artists of the 20th century. Considered the ‘godfather of Pop Art’, his collages, sculptures and prints challenged artistic convention, from the 1950s through to the Swinging Sixties and advent of ‘Cool Britannia’ in the 1990s.

This major Eduardo Paolozzi retrospective spans five decades and features over 250 works; from the artist’s post-War bronzes, revolutionary screen-prints and collages, to his bold textiles and fashion designs.

Alongside Paolozzi’s early brutalist concrete sculptures, highlights include material from his groundbreaking performance lecture Bunk! (1952), his large-scale Whitworth Tapestry (1967) and the iconic sculpture Diana as an Engine (1963).
www.whitechapel.org