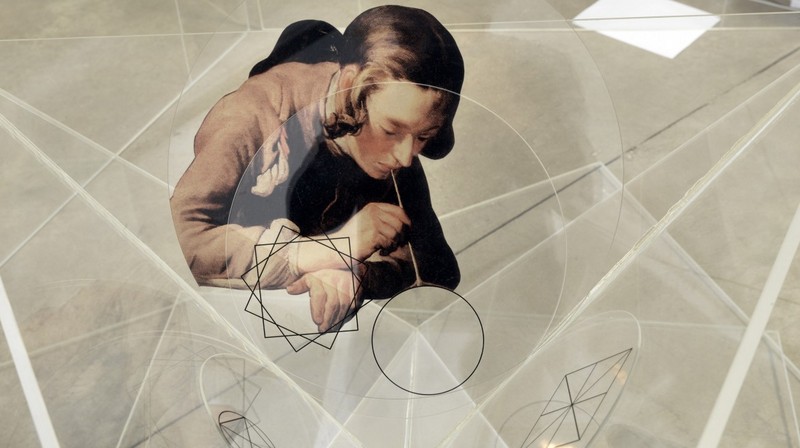 Italian artist Giulio Paolini’s (b.1940) installations are deeply rooted in art history from the Renaissance to today – with plaster casts of classical sculptures to reproductions of iconic paintings by Chardin, Lotto and Velázquez. The Whitechapel Gallery presents the first major UK exhibition of his work since 1980, including key works from the 1960s to the present day and a new installation created specially for the show.

Giulio Paolini is a leading figure in Conceptual Art and came to prominence as part of a generation of Italian artists including Michelangelo Pistoletto and Mario Merz. His belief that a work of art is not just itself in the ‘here and now’ but also the record of earlier traditions, has led him to investigate art’s relation to the past. Driven by an exploration into the nature of images, the making of art and the role of the artist, Paolini asserts that ‘to be authentic, a work of art must forget about its author.’

Giulio Paolini: To Be Or Not To Be, referencing William Shakespeare’s Hamlet, features Paolini’s sculptures, installations and photographs which explore the relationship between the artist and the artwork. Visual clues about the presence and role of the artist are scattered throughout the works, from self-portraits to recurring motifs of the artist’s hands and eyes.
www.whitechapel.org