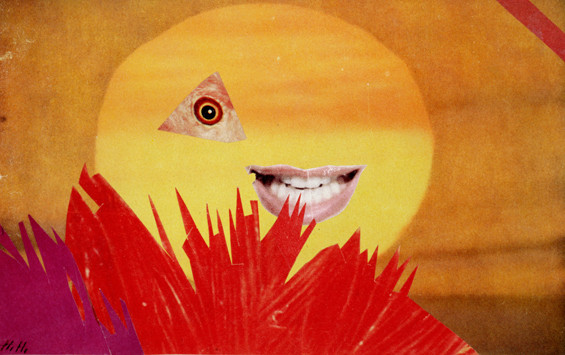 Hannah Höch was an artistic and cultural pioneer. A member of Berlin’s Dada movement in the 1920s, she was a driving force in the development of 20th century collage. Splicing together images taken from fashion magazines and illustrated journals, she created a humorous and moving commentary on society during a time of tremendous social change. Höch was admired by contemporaries such as George Grosz, Theo van Doesburg and Kurt Schwitters, yet was often overlooked by traditional art history. As the first major exhibition of her work in Britain, the show puts this inspiring figure in the spotlight.

Bringing together over 100 works from major international collections, the exhibition examines Höch’s extraordinary career from the 1910s to the 1970s. Starting with early works influenced by her time working in the fashion industry, it includes key photomontages such as High Finance (1923) which critiques the relationship between bankers and the army at the height of the economic crisis in Europe.

A determined believer in artistic freedom, Höch questioned conventional concepts of relationships, beauty and the making of art. Höch’s collages explore the concept of the ‘New Woman’ in Germany following World War I and capture the style of the 1920s avant-garde theatre. The important series ‘From an Ethnographic Museum’ combines images of female bodies with traditional masks and objects, questioning traditional gender and racial stereotypes.

Astute and funny, this exhibition reveals how Höch established collage as a key medium for satire whilst being a master of its poetic beauty.
www.whitechapel.org