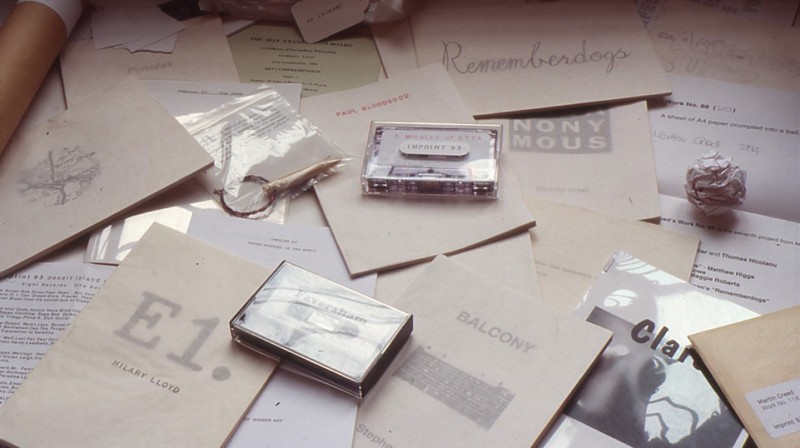 From 1993 until 1998 a group of Londoners, loosely affiliated to the artworld, would open their post to discover some surprising documents – a crumpled piece of paper; a transcription of the graffiti in the men’s toilets at the British Library; an exam paper for failed artists. The anonymous sender was curator Matthew Higgs. His curatorial platform was the A5 envelope; his production studio, the photocopier.

Higgs, now director of White Columns in New York, is an artist, writer and pioneering curator. Having witnessed the phenomenal rise of young British artists in the early 1990s, he contacted those he knew and admired and invited them to make a work for his mail art project, Imprint 93.

This is the first time that every edition of Imprint 93 is on display and features a stellar line-up of artists including Billy Childish, Martin Creed, Jeremy Deller, Peter Doig, Ceal Floyer, Alan Kane, Elizabeth Peyton, Chris Ofili, Bob and Roberta Smith, Jessica Voorsanger and Stephen Willats. It is a reunion that reveals the conceptual poetics, satirical bite and entrepreneurial brio of a seminal generation of artists.