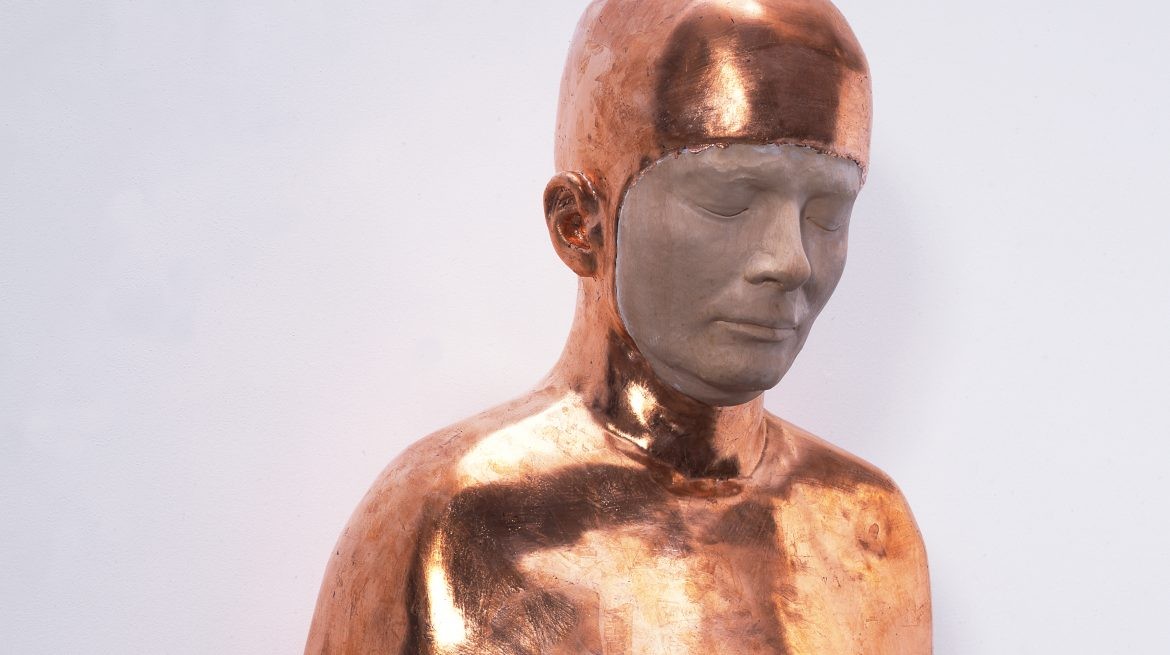 Pregnancy is one of the most extreme states of the human condition, according to art theorist Amelia Jones, as it reveals the ‘tension between self as subject and self as object’. The final display from the ISelf Collection takes its title from Paloma Varga Weisz’s (b. 1966, Germany) ambiguously gendered pregnant figure, Bumped Body (2007), reflecting on shifting concepts of selfhood.

23 artists consider subjectivity in relation to the body, the object and the environment. Many works offer fragmented and visceral perspectives where the human meets the inanimate, such as Mark Manders (b.1968, Netherlands) enigmatic figures sandwiched between a bedstead or wooden slats. Rebecca Warren’s (b.1965, UK) striding high-heeled legs fuse high Modernism with the lowly comic book in an expression of pure eros.

Placing figures in states of metamorphoses, artists rupture our sense of physical cohesion to reveal new possibilities that lie beyond selfhood.