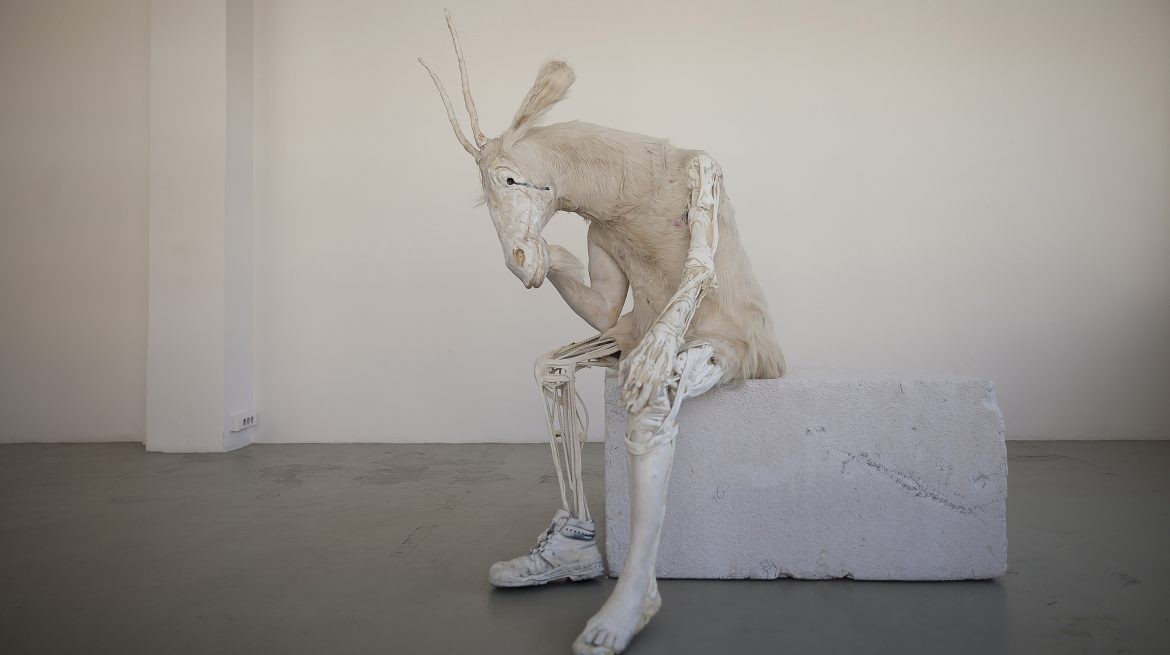 The Whitechapel Gallery presents the first major public display of the ISelf Collection in the UK this spring.

Continuing the Whitechapel Gallery’s programme of opening up rarely seen collections from around the world, the four exhibitions are each titled after a key artwork in each display. Self-portrait as the Billy Goat brings together a selection of physical, psychological and imaginary self-portraits by more than a dozen leading international artists this spring.

A series of photo strips by André Breton (1896-1966, France) and his Surrealist colleagues open the first chapter in a series of displays. Taken in 1929, they experimented with a new form of instantaneous self-portraiture, the photobooth. Rather than choosing a straightforward pose, they look sideways or away from the camera, playing with different poses – smoking, thinking or laughing, depicting themselves as complex and multi-faceted individuals.

By staging their own portraits the artists in this display examine the mechanisms that we use to present ourselves to the world. In her Untitled (1977/2010) photographs, Cindy Sherman (b.1954, USA) stages her appearance through a curtain call where she poses as four different actors. The agency of the artist in the set-up of the image also comes to the fore in Linder’s (b.1954, UK) disturbing portrait You search but do not see (1981-2010) where she appears to be almost suffocating in a plastic bag.

Tracing the psychology of the artist and the role of mother, daughter, wife and lover was at the forefront of Louise Bourgeois’ (1911 – 2010, France) work. She presents herself as mother in Untitled (2005) and was to influence Tracey Emin (b.1963, UK), whose intimate nude gouaches Im here (2014) and Fist Clasped (2014) are included in the display.

The exhibition title is taken from Pawel Althamer’s (b. 1967, Poland) flayed and melancholic self-portrait in the guise of Auguste Rodin’s famous The Thinker (1903), with an additional twist in that he represents himself as a Billy Goat. The relationship between body and feeling is considered further by Gabriel Kuri (b. 1970, Mexico) through his work Self portrait as chart with looping volume (2012) which reflects on notions of unity and disembodiment.

This display aims to reveal how artists convey the complex dynamics below the surface of their appearances. Yayoi Kusama’s (b.1929, Japan) Infinity Nets YSOR (2011) from an ongoing series of delicate, abstract white paintings explores the landscape of her mind. On show alongside this is Prem Sahib’s (b. 1982, UK) Undetectable (2013), a minimal sculpture which we later understand to be an AIDS test.
www.whitechapel.org