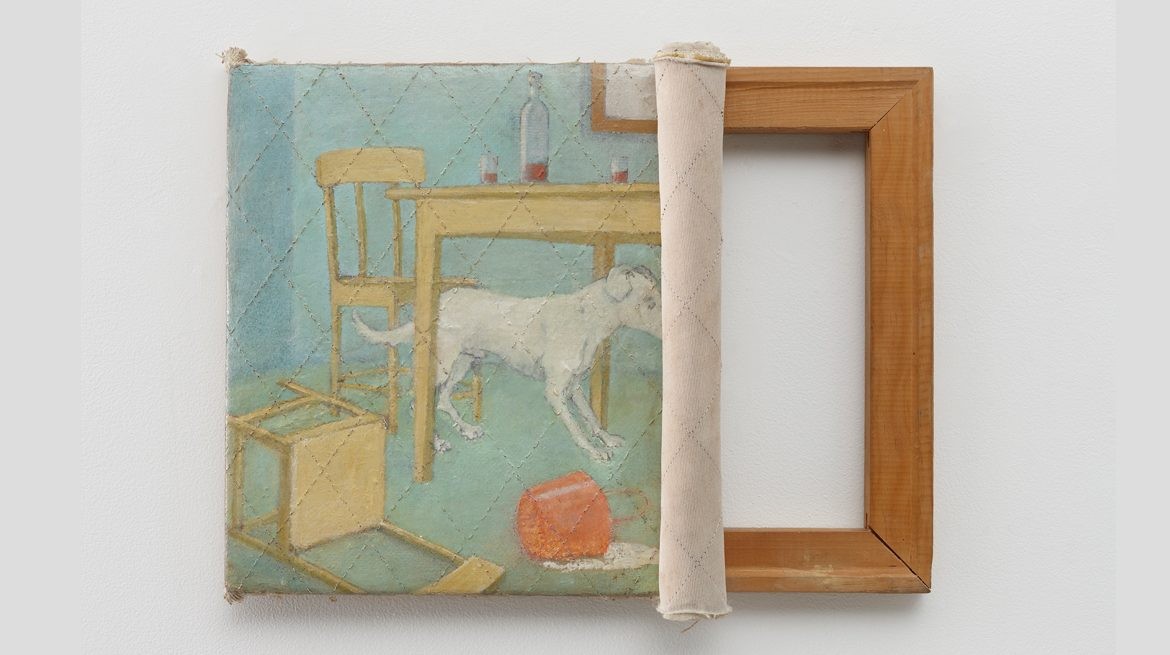 This display of works by 28 major artists examines how we project our identity through our appearances and consumer choices, ultimately shaping our sense of self in relation to society.

A small painting hangs on a yellow patterned wall. The canvas is only half rolled out on its stretcher, and a dog, an upturned chair and a spilt bucket are visible. This enigmatic work by Francis Alÿs (b. 1959, Belgium) lends its title to the exhibition, which considers the question what do our possessions say about us?

Artists are in a unique position to prompt us to reconsider the use and value of objects. Alÿs examines and disrupts the conventions of domestic decoration and decorum, while Rayyane Tabet (b. 1983, Lebanon) takes a simple yet significant object, a suitcase, which he encases in concrete for posterity.

Many of the artists in the display use existing industrial materials and repurpose found objects. Matthew Darbyshire (b. 1977, UK) exposes our aspirational household objects including Ikea shelves, souvenir Murano vases, and Cristal d’Arque champagne flutes in his installations. Karla Black (b. 1972, UK) constructs monumental yet ephemeral sculptures from cosmetic powder, while Ellen Gallagher (b. 1965, USA) creates delicate assemblages from glossy African-American beauty magazines in Spoils (2011).

Continuing the Whitechapel Gallery’s programme of opening up rarely seen collections from around the world, this is the third of four exhibitions drawn from the ISelf Collection.
www.whitechapel.org