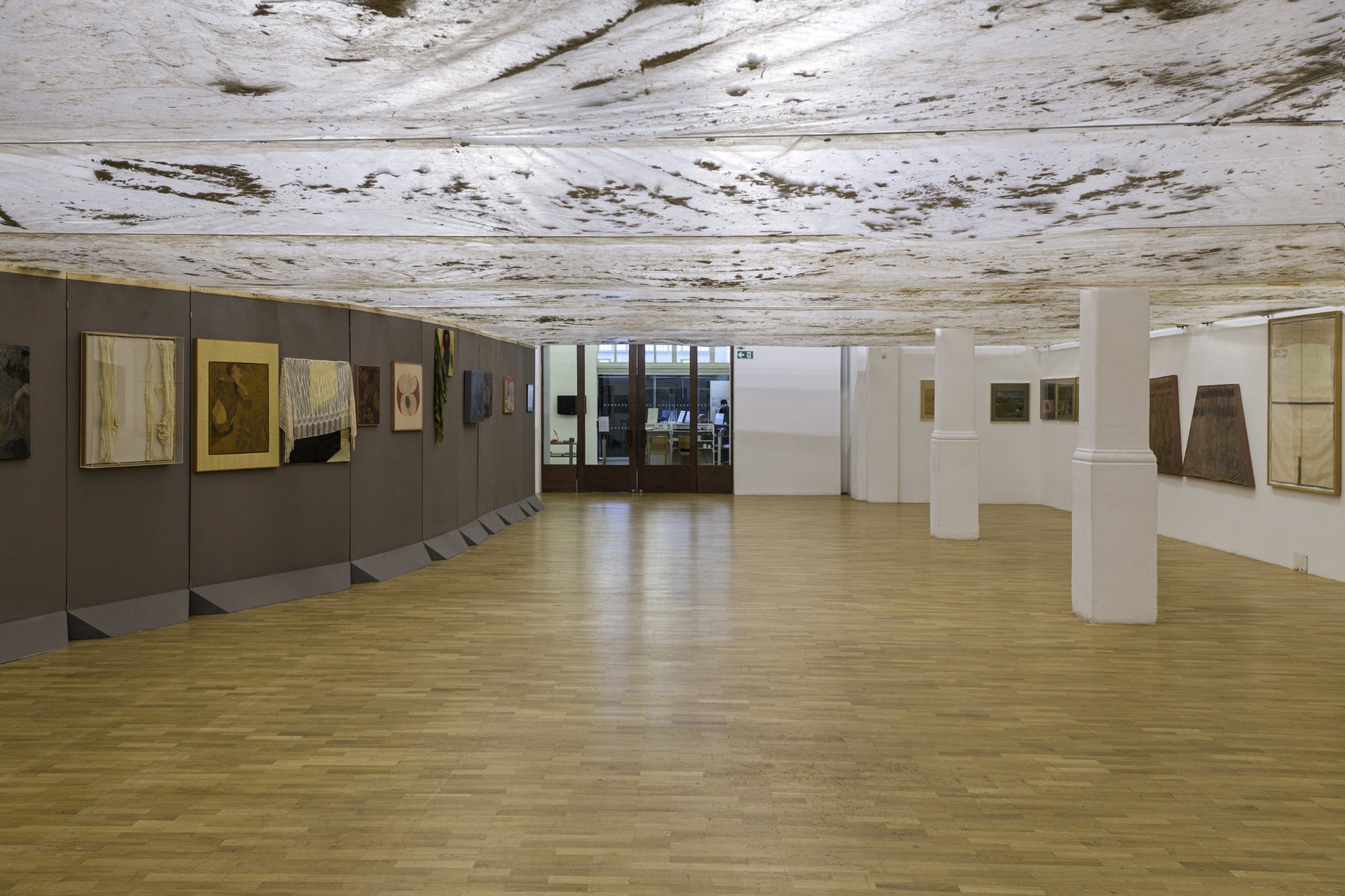 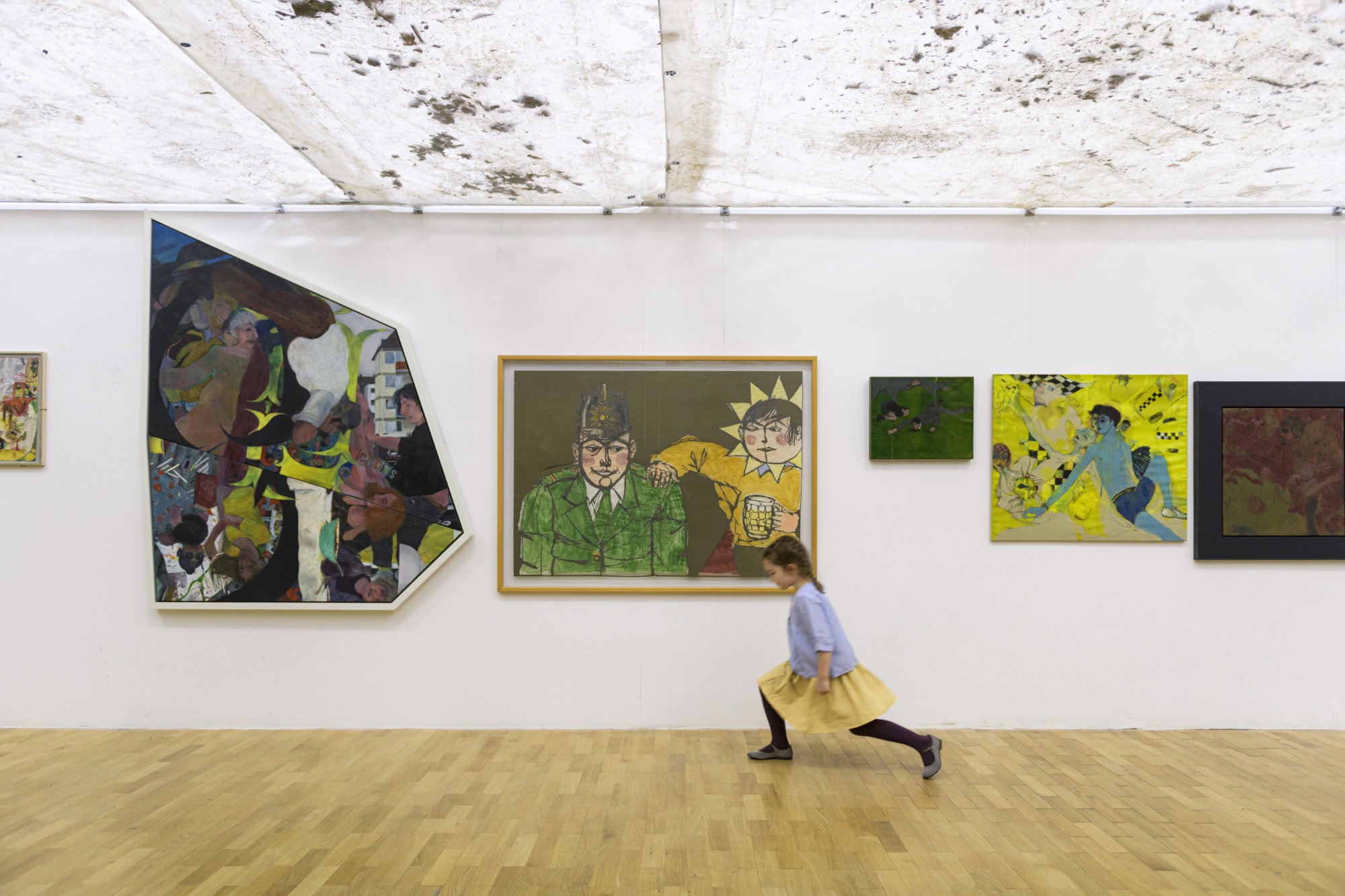 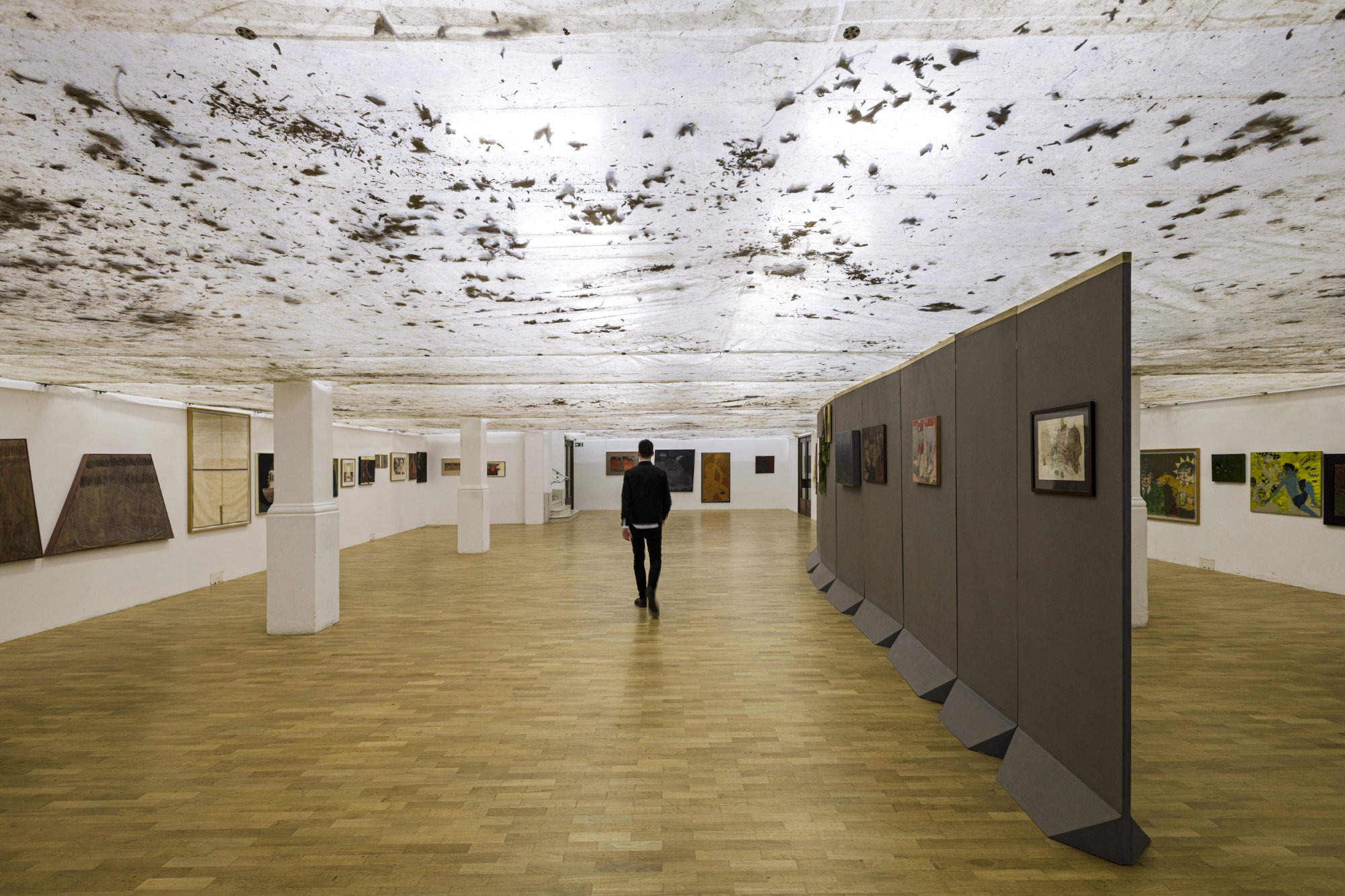 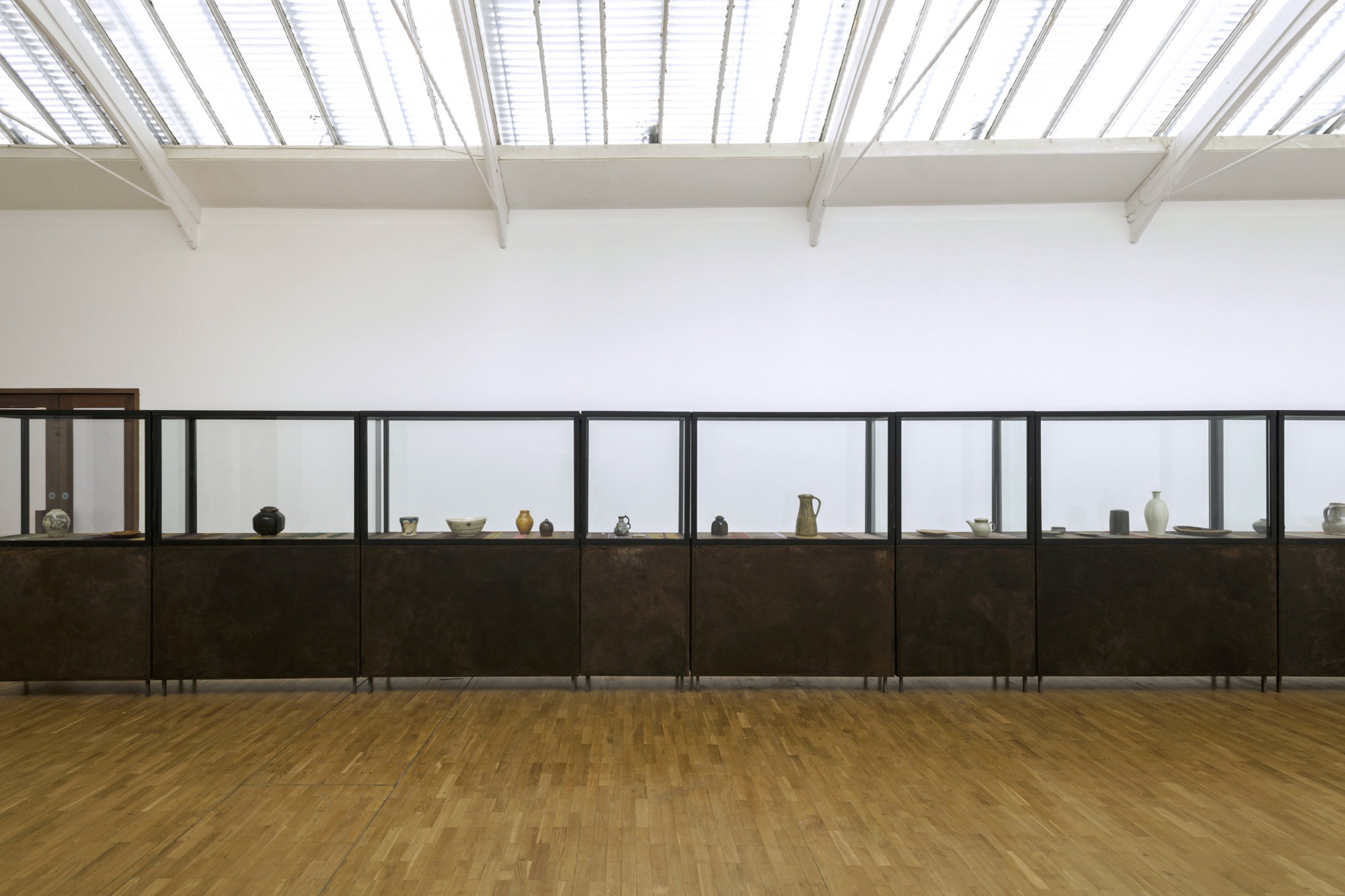 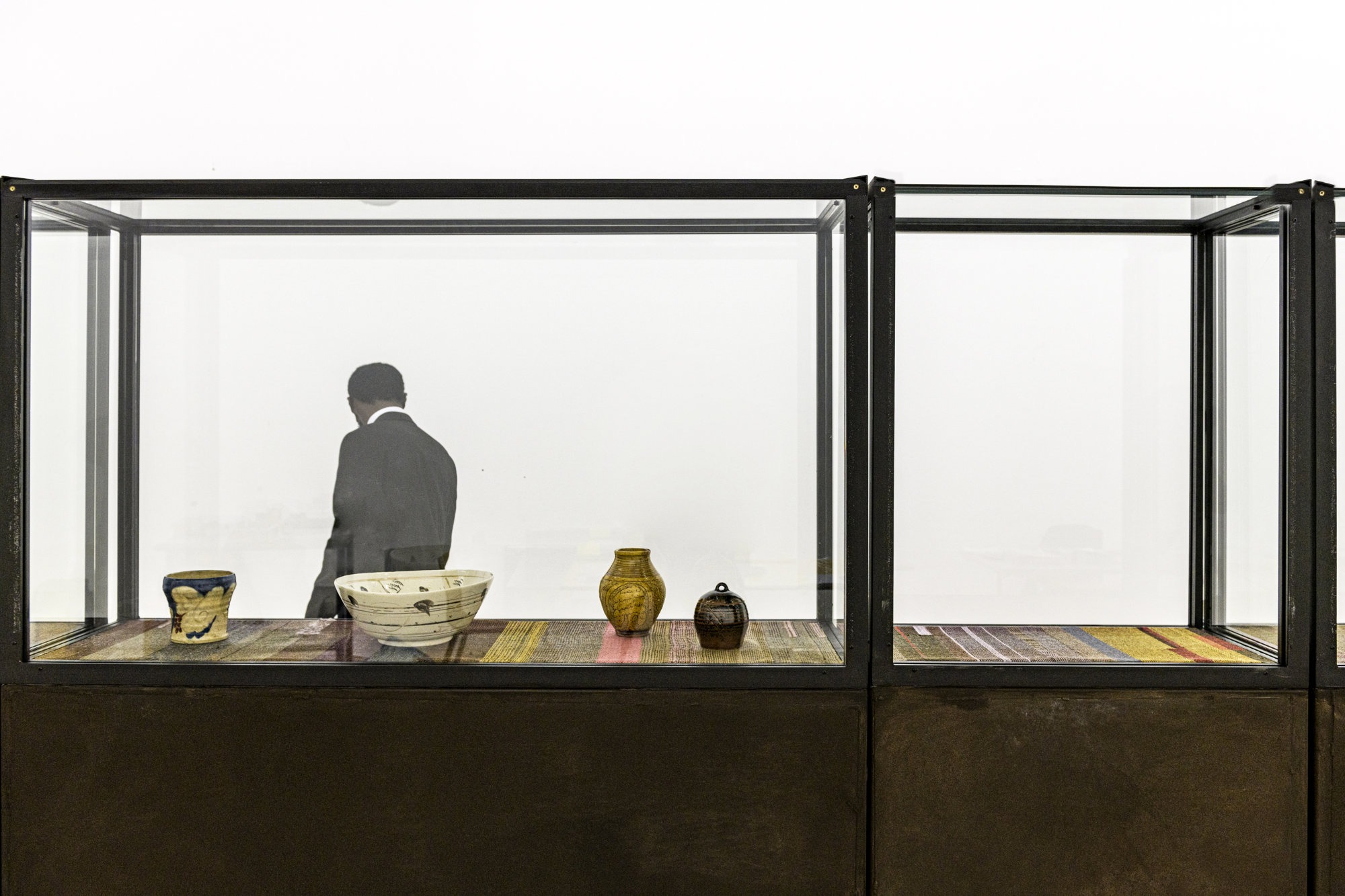 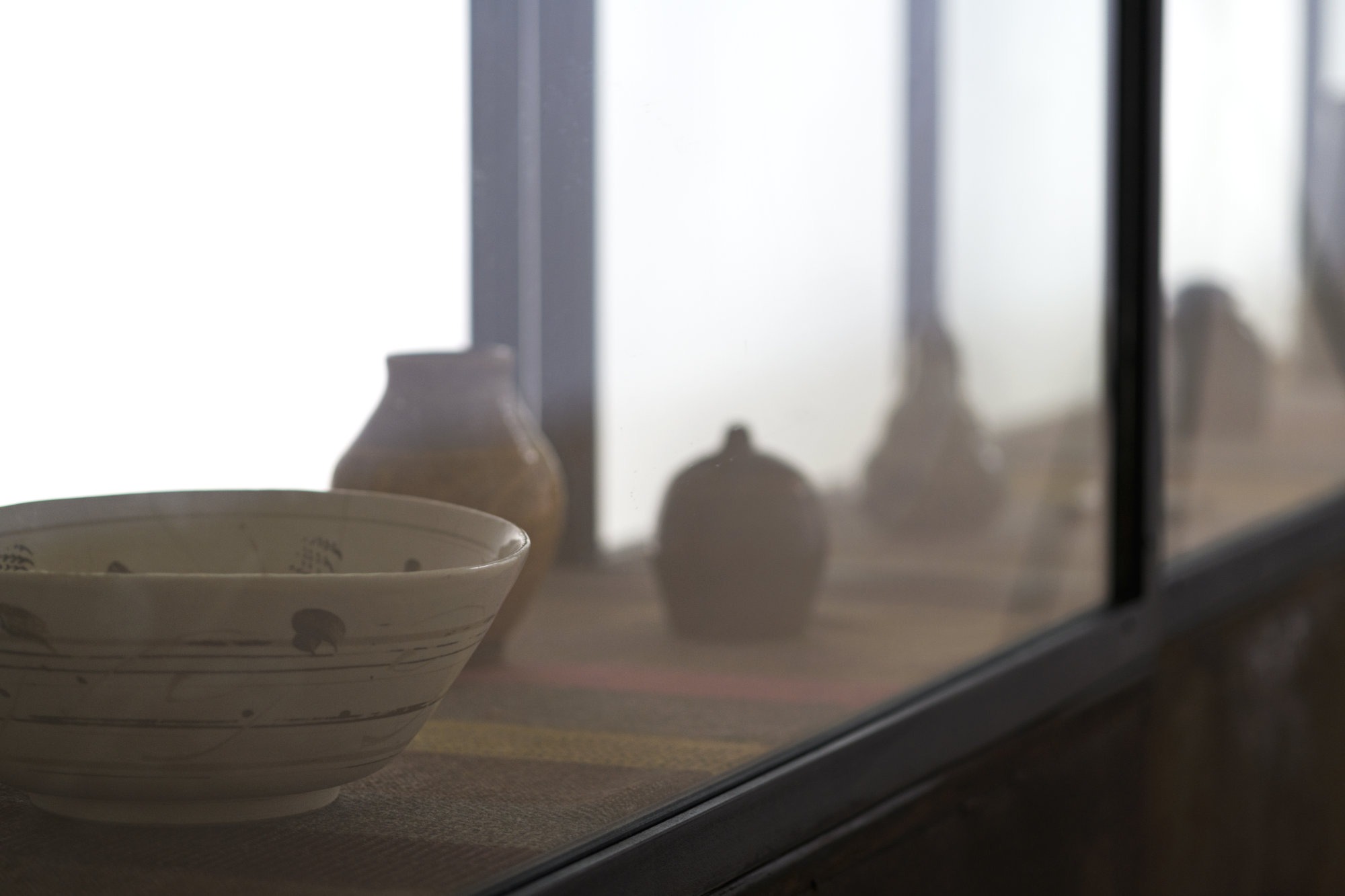 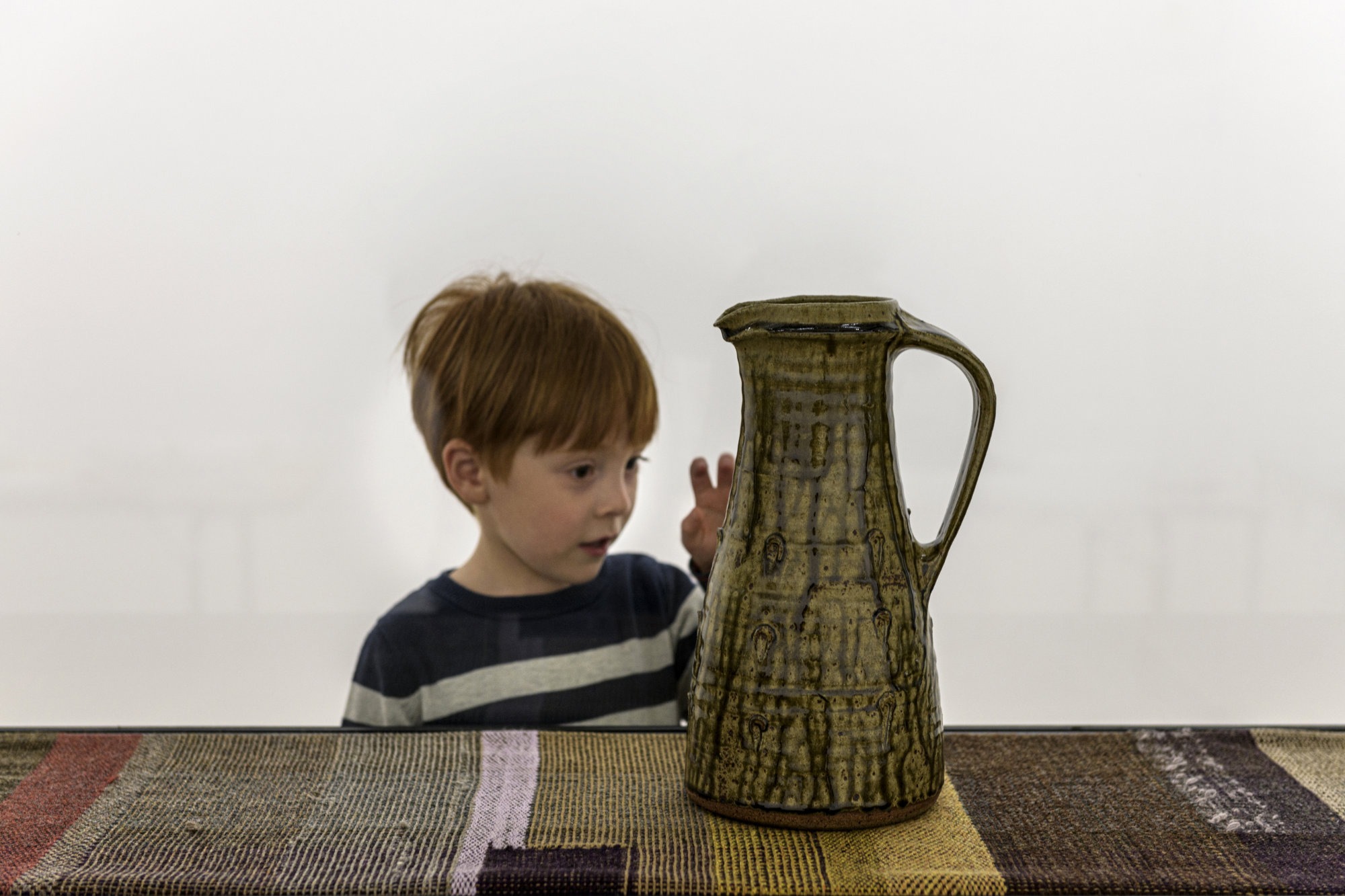 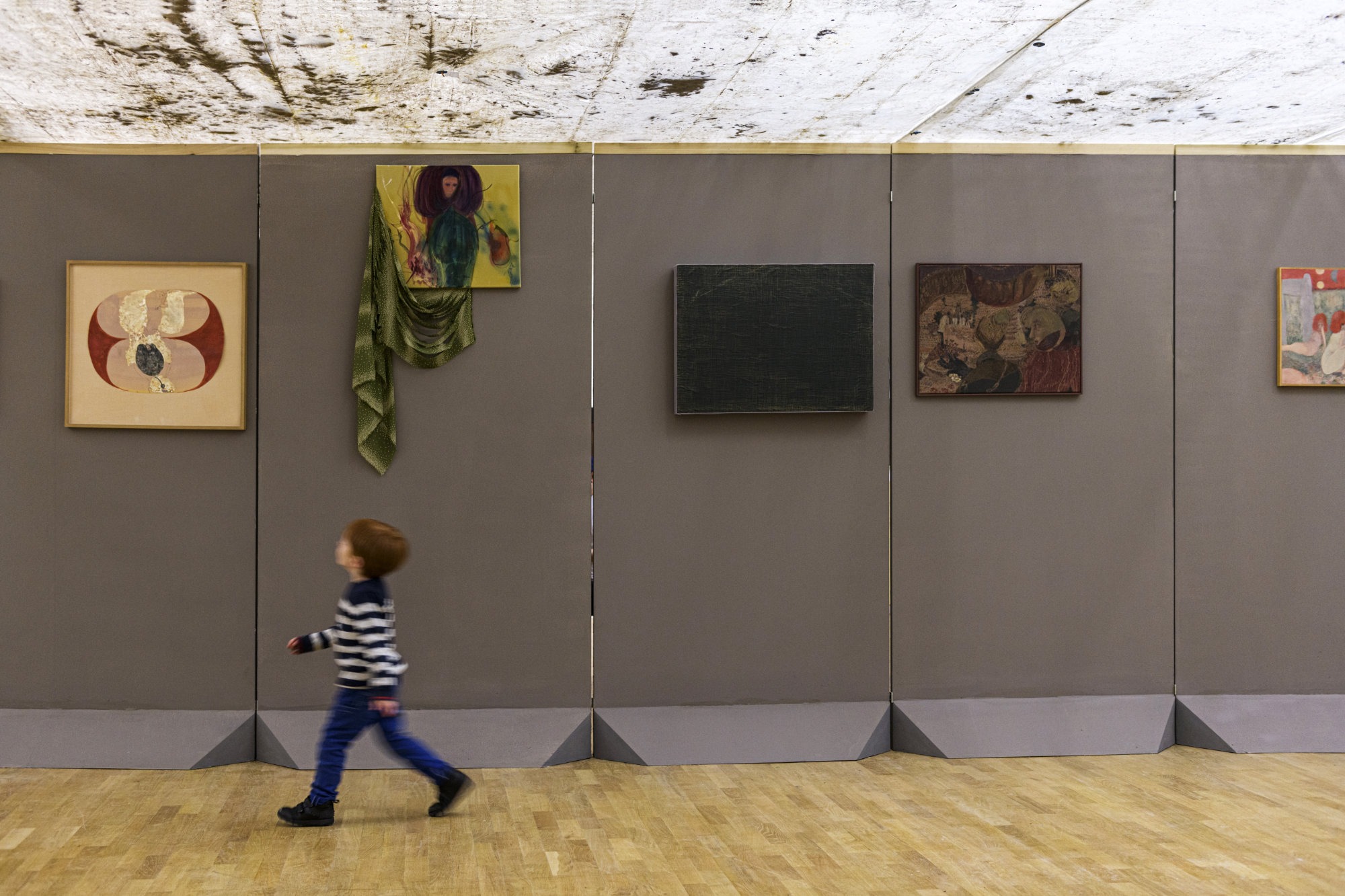 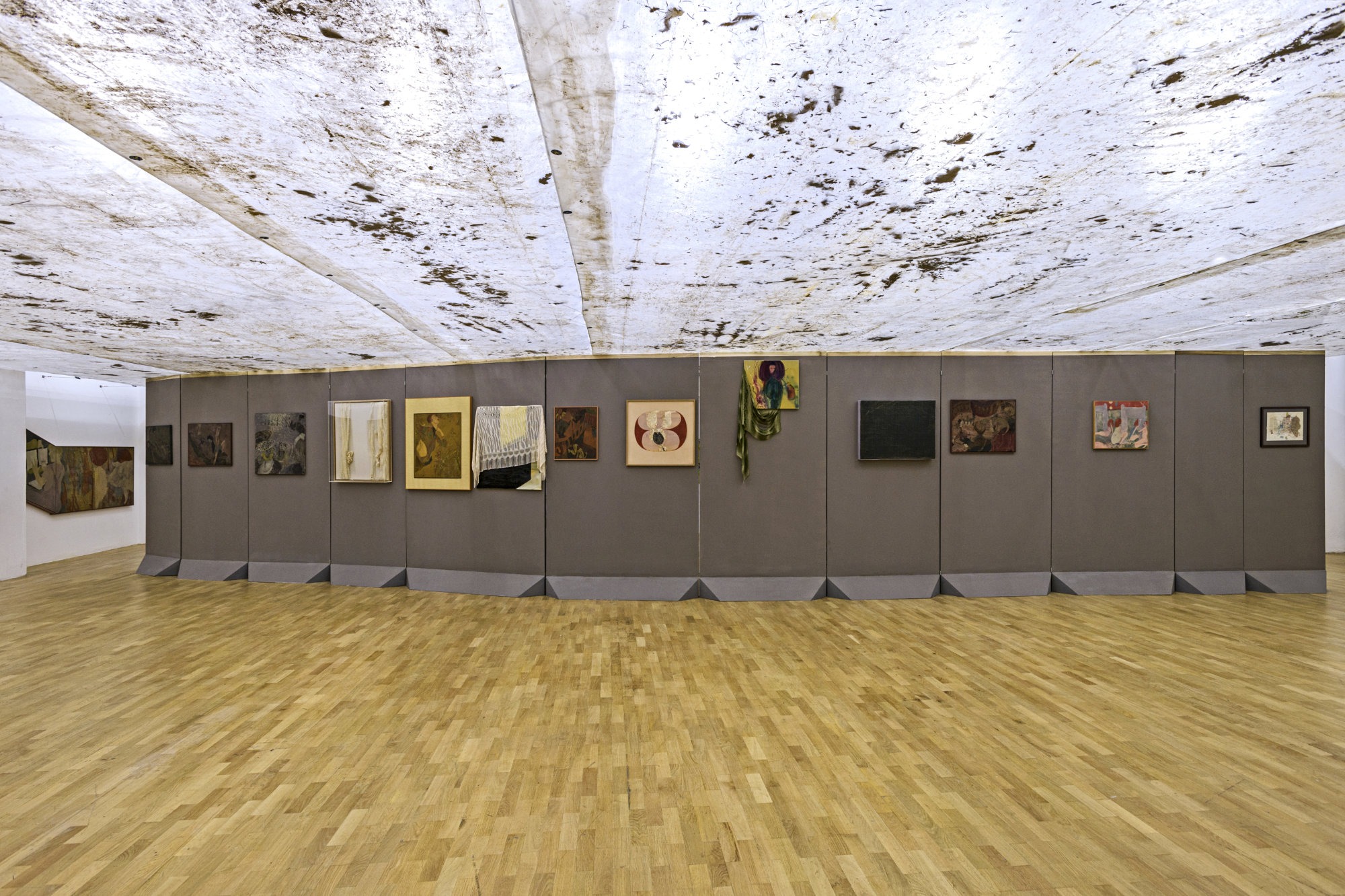 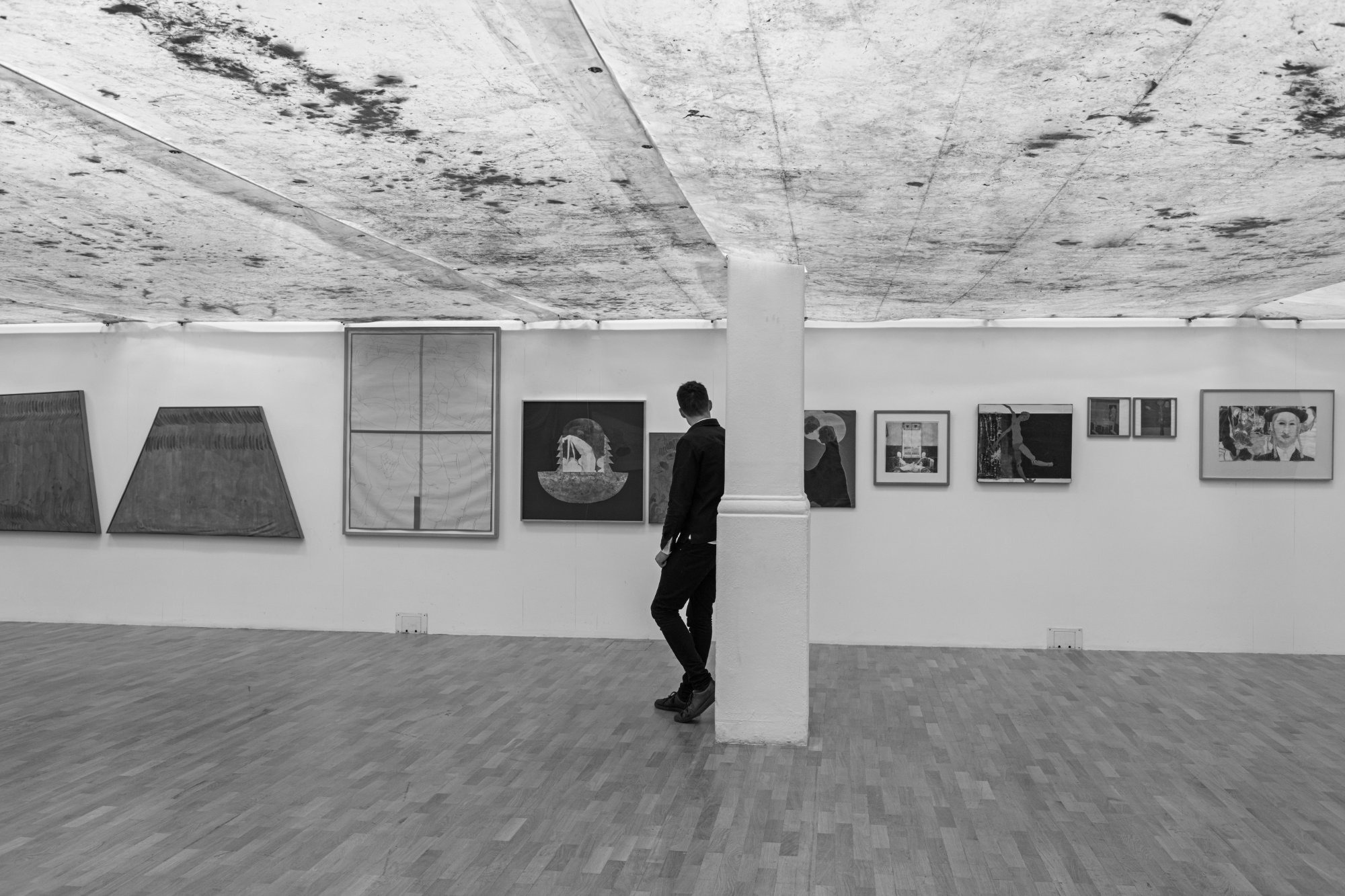 ‘This is Kai Althoff’s first public show in London. He was born in 1966 in Cologne, Germany. From the very beginning of planning this show, the artist talked of Bernard Leach and his deeply rooted love for the work of this man. After all, Kai Althoff says, would he not have become what he is now, he would have pursued being a potter... Instead, he has always been drawing and painting, making things including music – yet never a “pot proper”.

The work is presented in three galleries. One can look closely at paintings, works on paper and ephemera.

Many have talked of the content, if figurative, of which there is a lot, as telling stories. Indeed, many stories, as he admits, are made up in the head of this man. And the work is depicting things. Really showing things everyone can understand, as they speak of the human condition, if at best, with a blandness, only a man with a deeply malignant proliferation of total faith would allow himself to employ in his work to illustrate such a condition. Kai Althoff seems inhabited by just such faith. This Faith, the Spiritual, the beaten-up, cud-chewing folklore often detected by some in his work, is utilized to accompany him through life.

This ultimately turns it into objects to be used, like icons, idols, dolls, representing those absent and dead, Gods and men alike, things to look at and immerse oneself in when all words fail, imagery to worship or degrade, to help to summon all necessary to prevail. A vessel.

Bernard Leach made objects that can be all the above, as they are usable and their function quite clear... He knew the content in his case was often physical, but predestined throughout their handling, the everyday usage, they will become part of a life. Of course he was well aware of good Folk-art’s immense power. After all, this was first. It was always first...

In the upper gallery Kai Althoff presents pots by Bernard Leach. For this purpose he had vitrines made and a cloth woven by his friend and fellow artist, Travis Josef Meinolf, upon which they will be shown.

As Kai Althoff says, he wishes his painting to function ideally like one of Bernard Leach’s pots.’