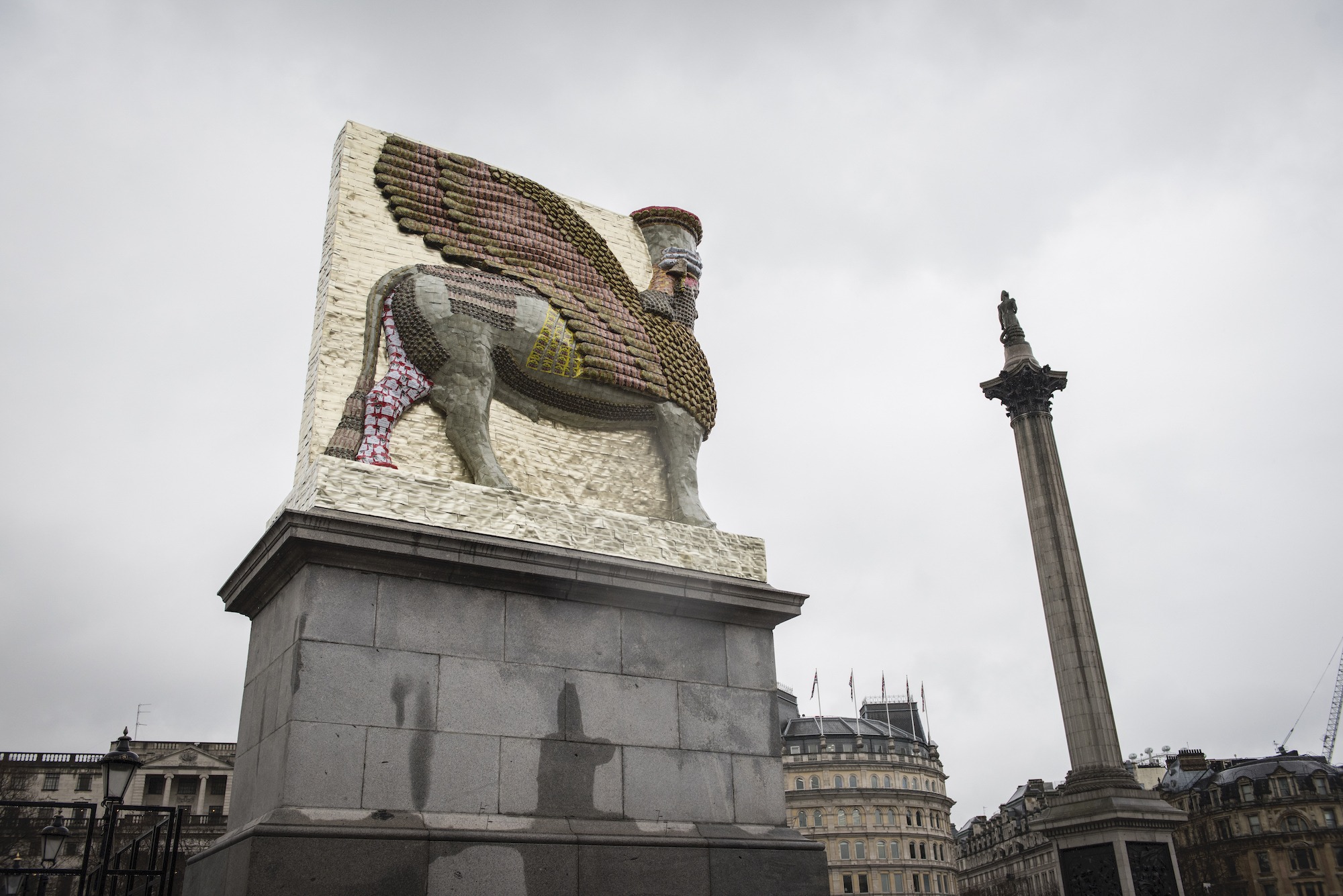 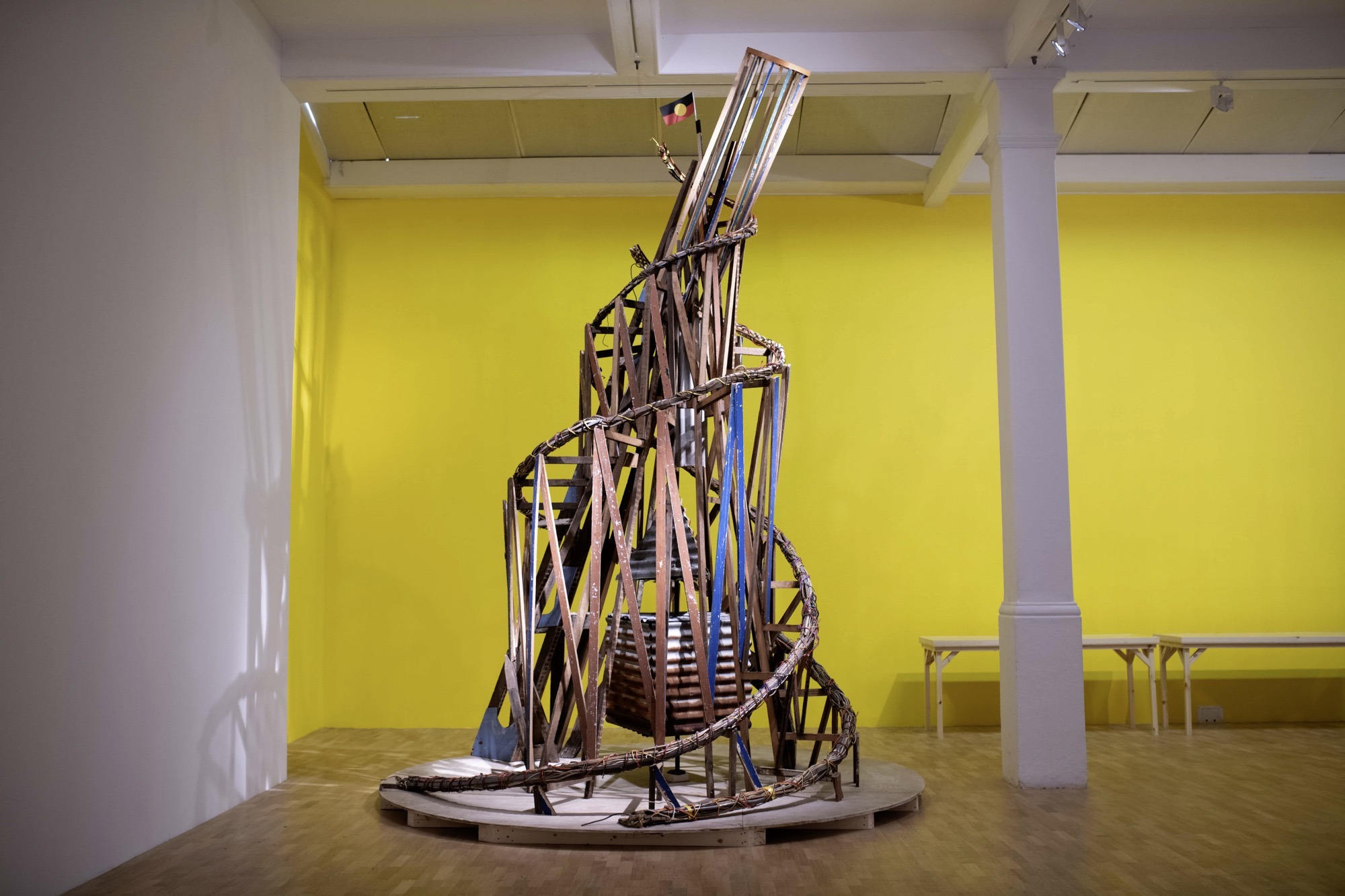 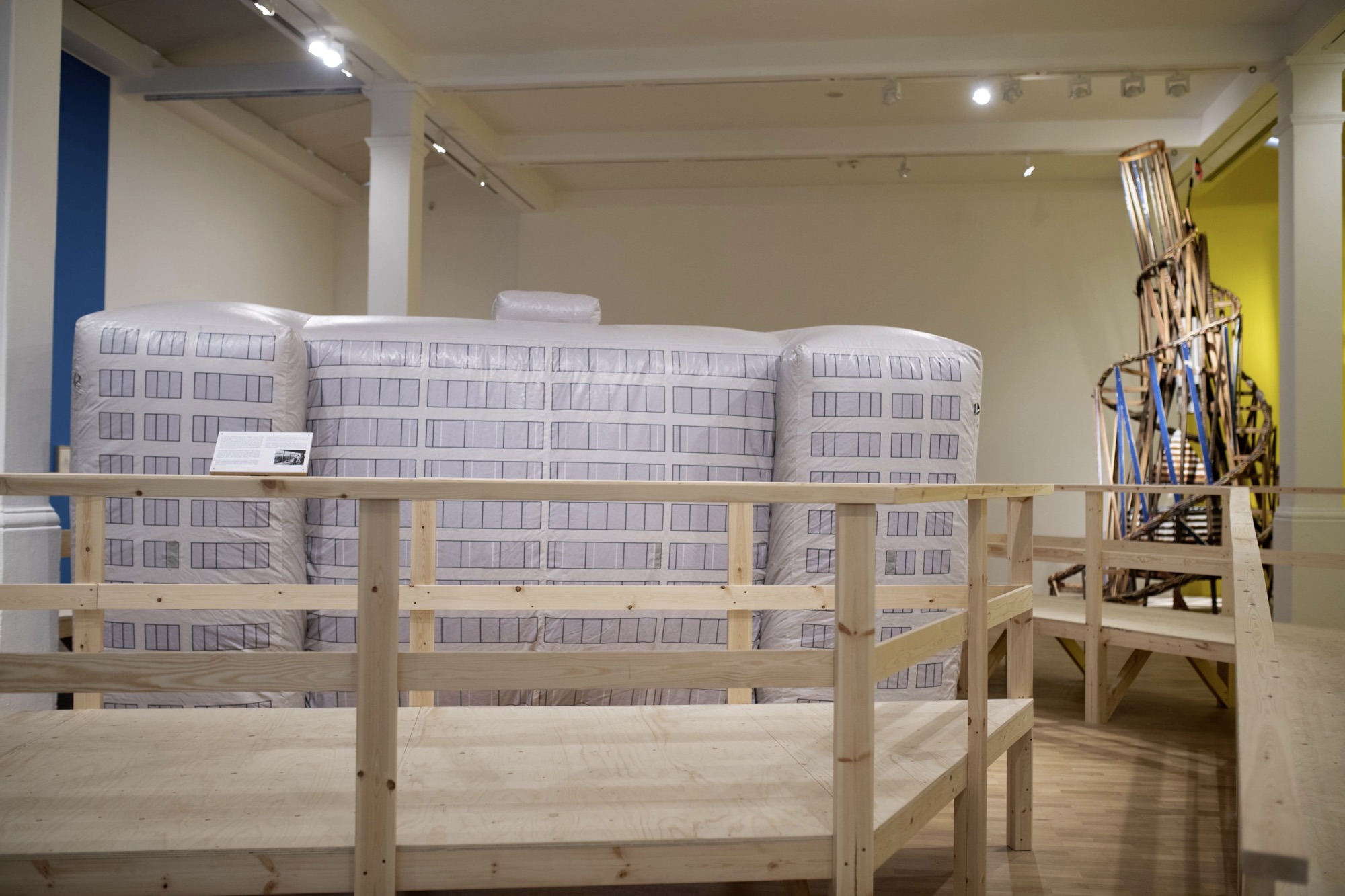 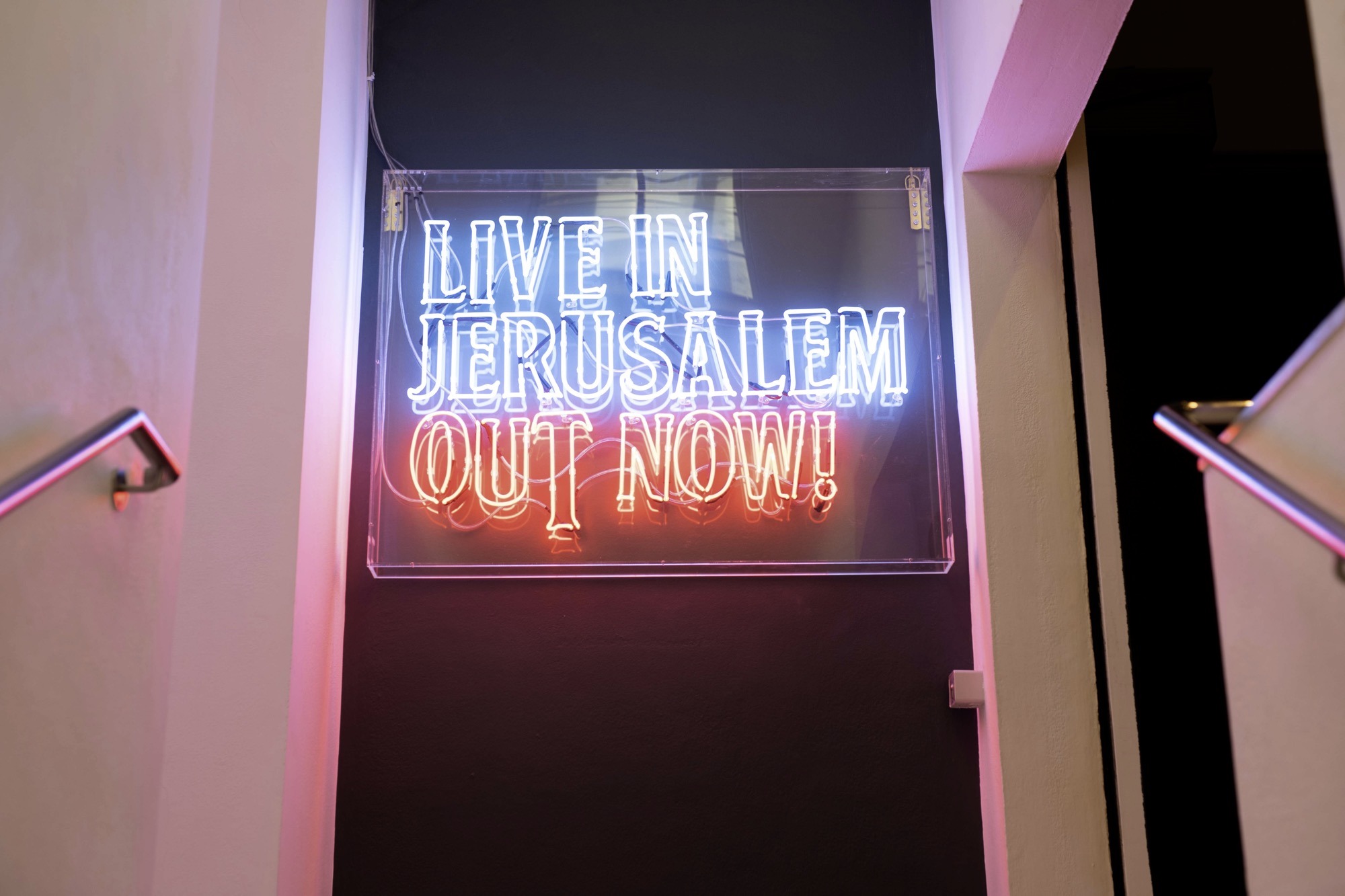 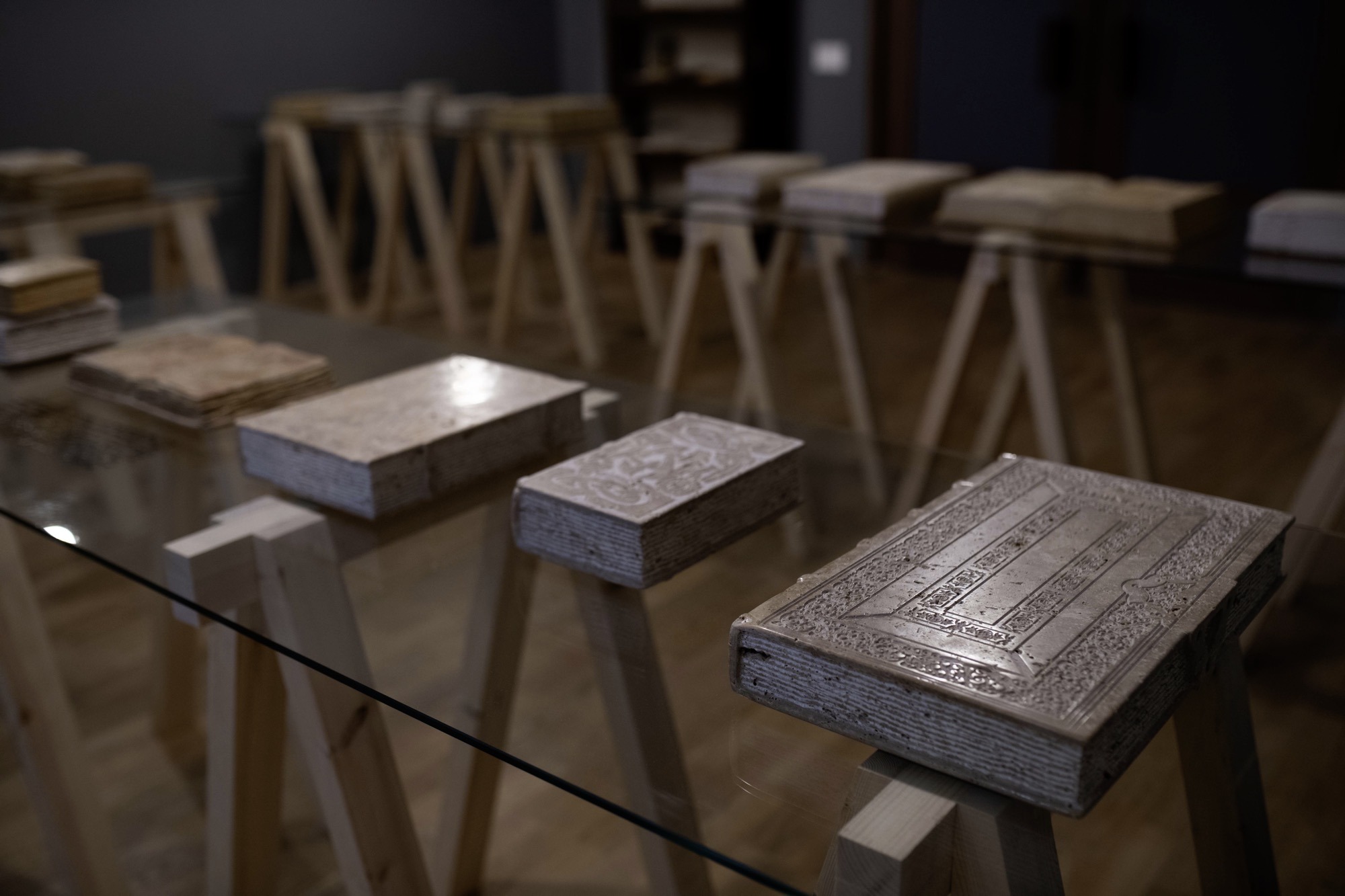 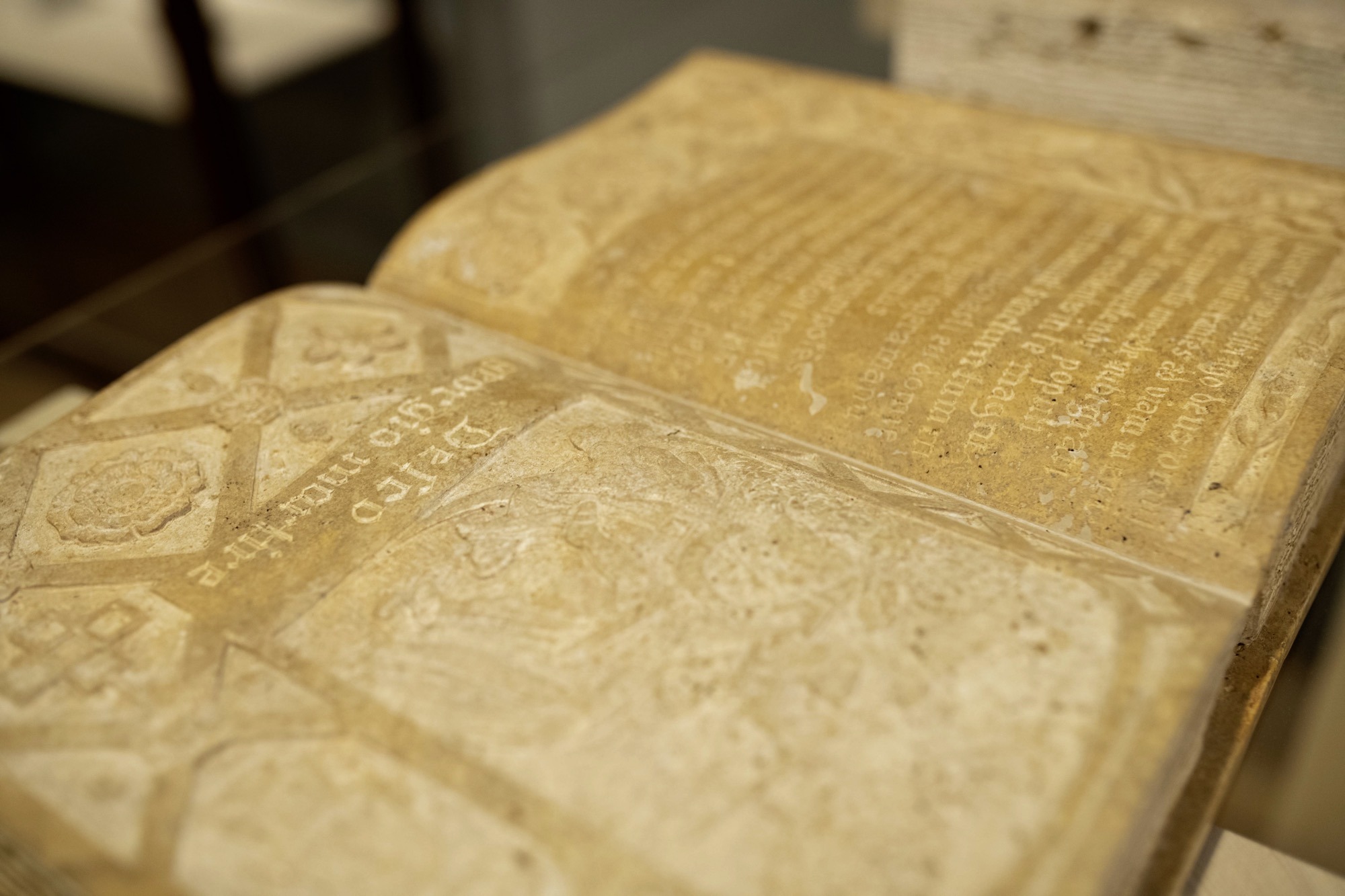 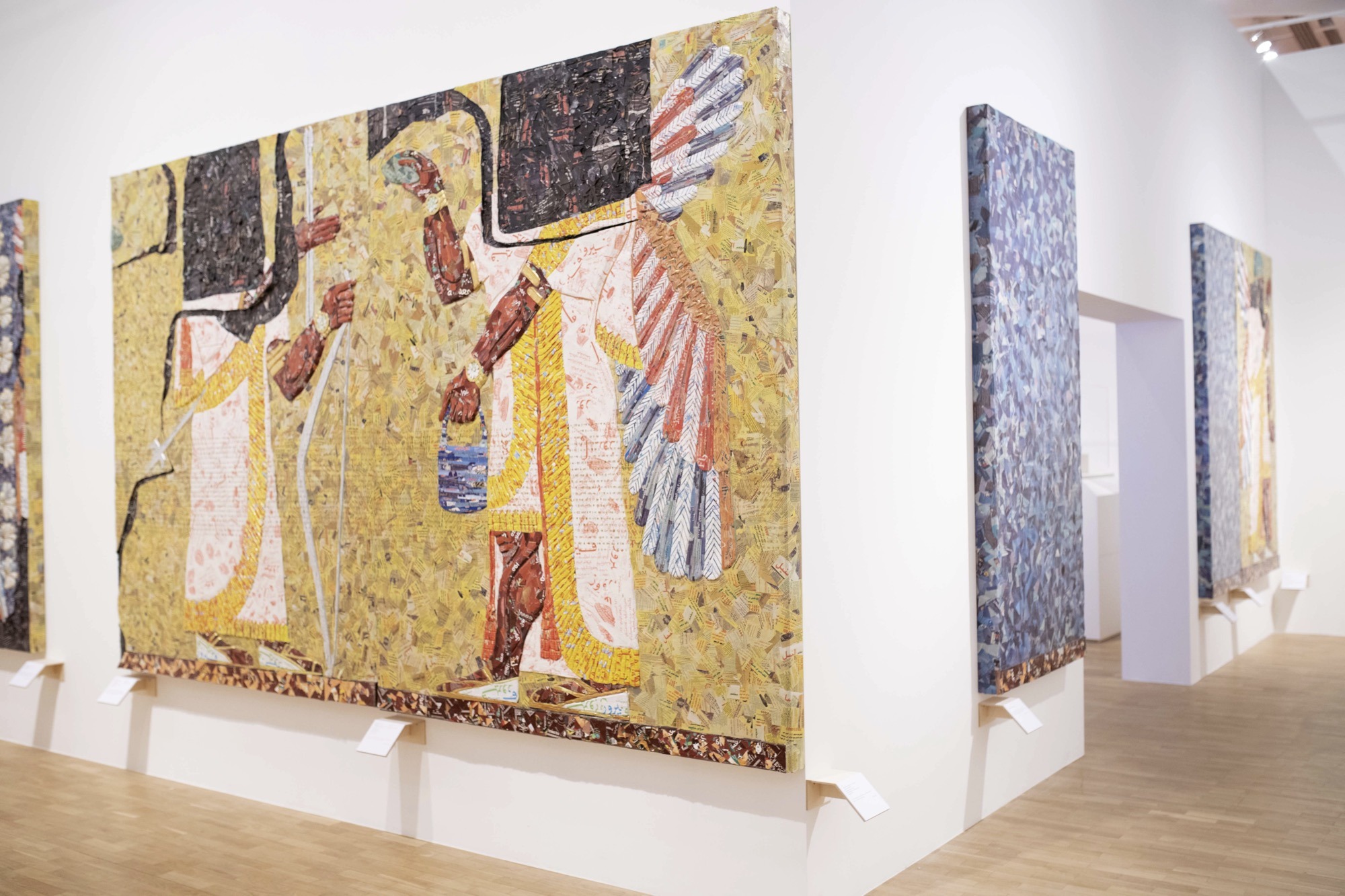 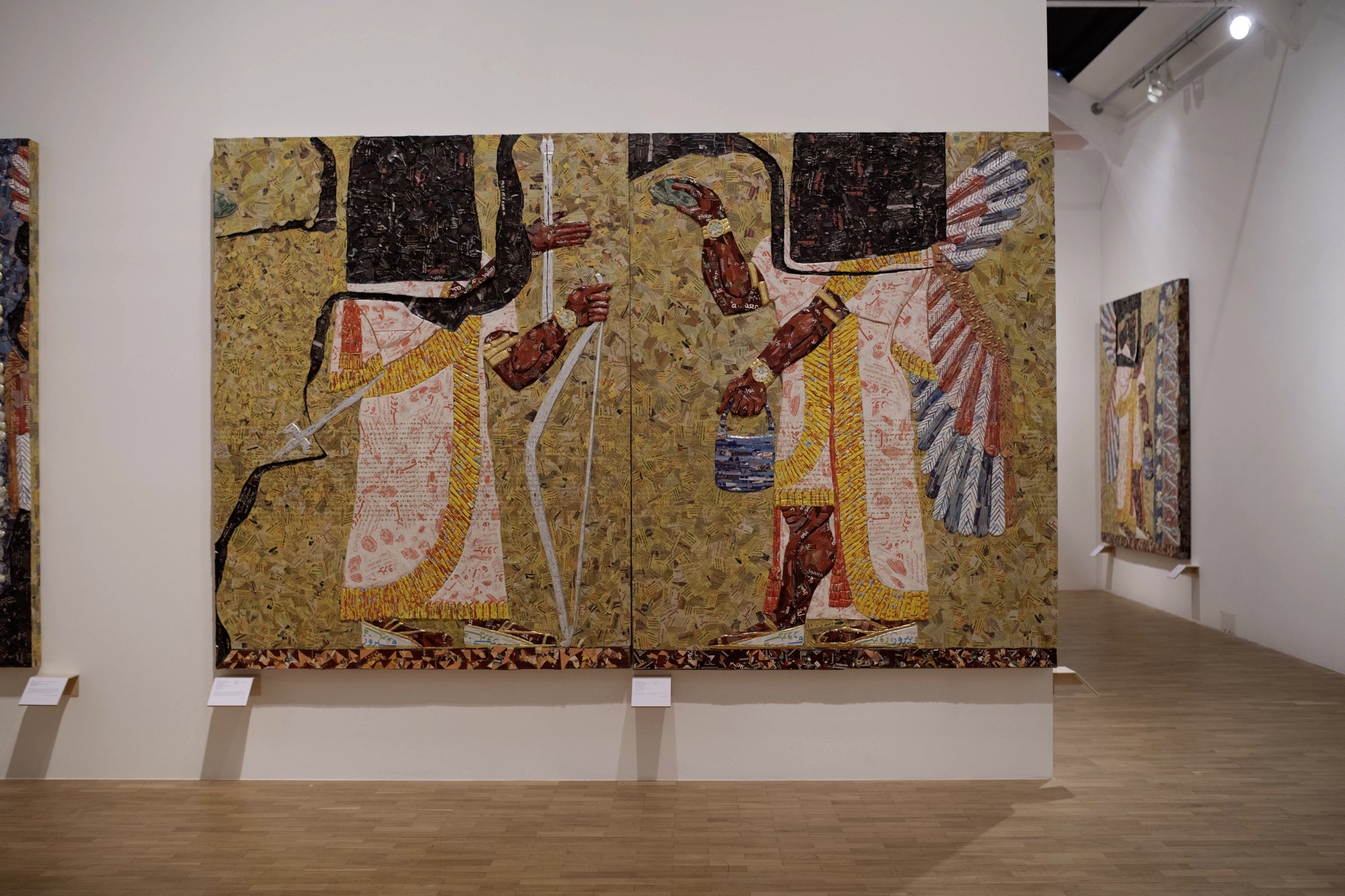 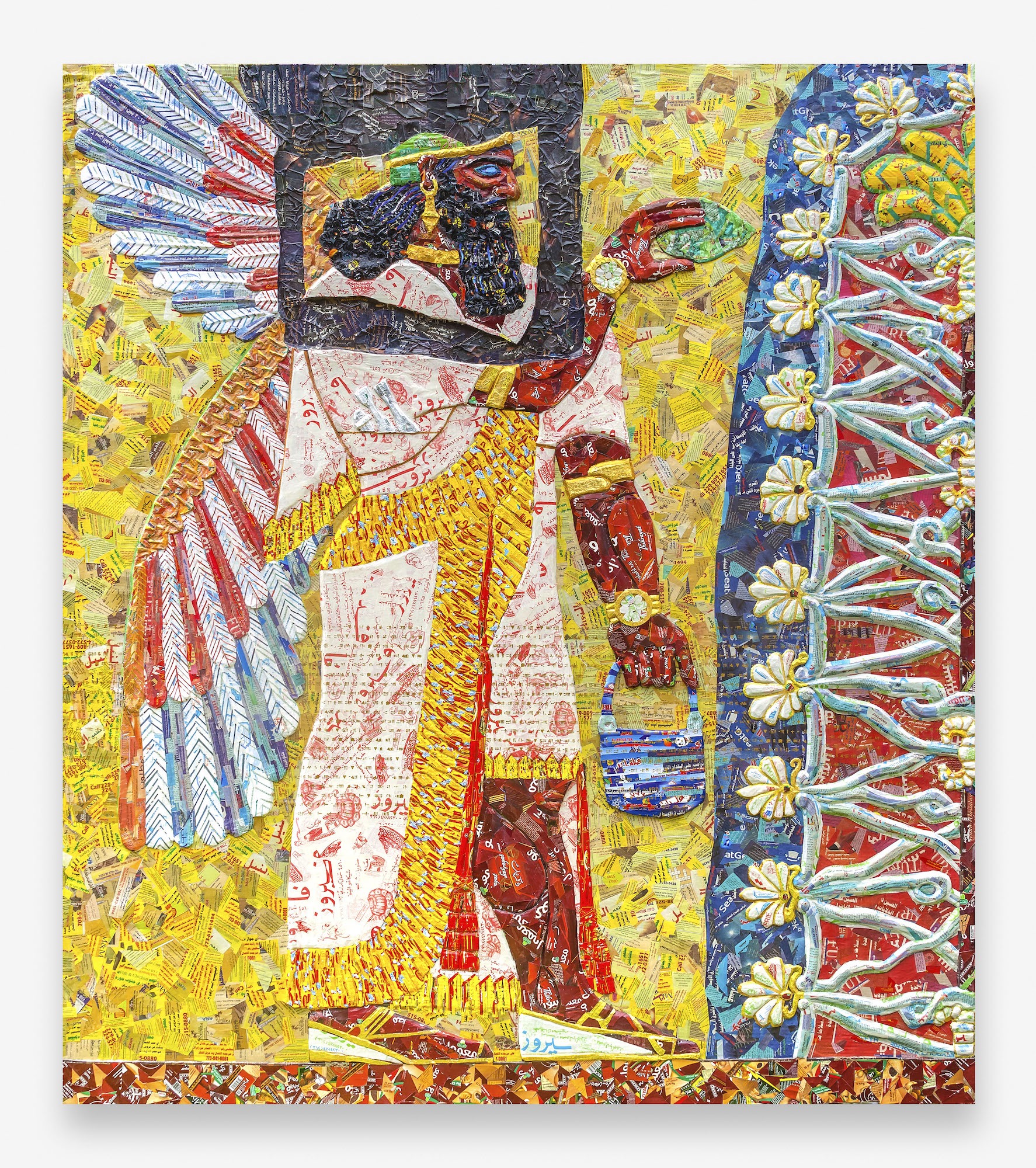 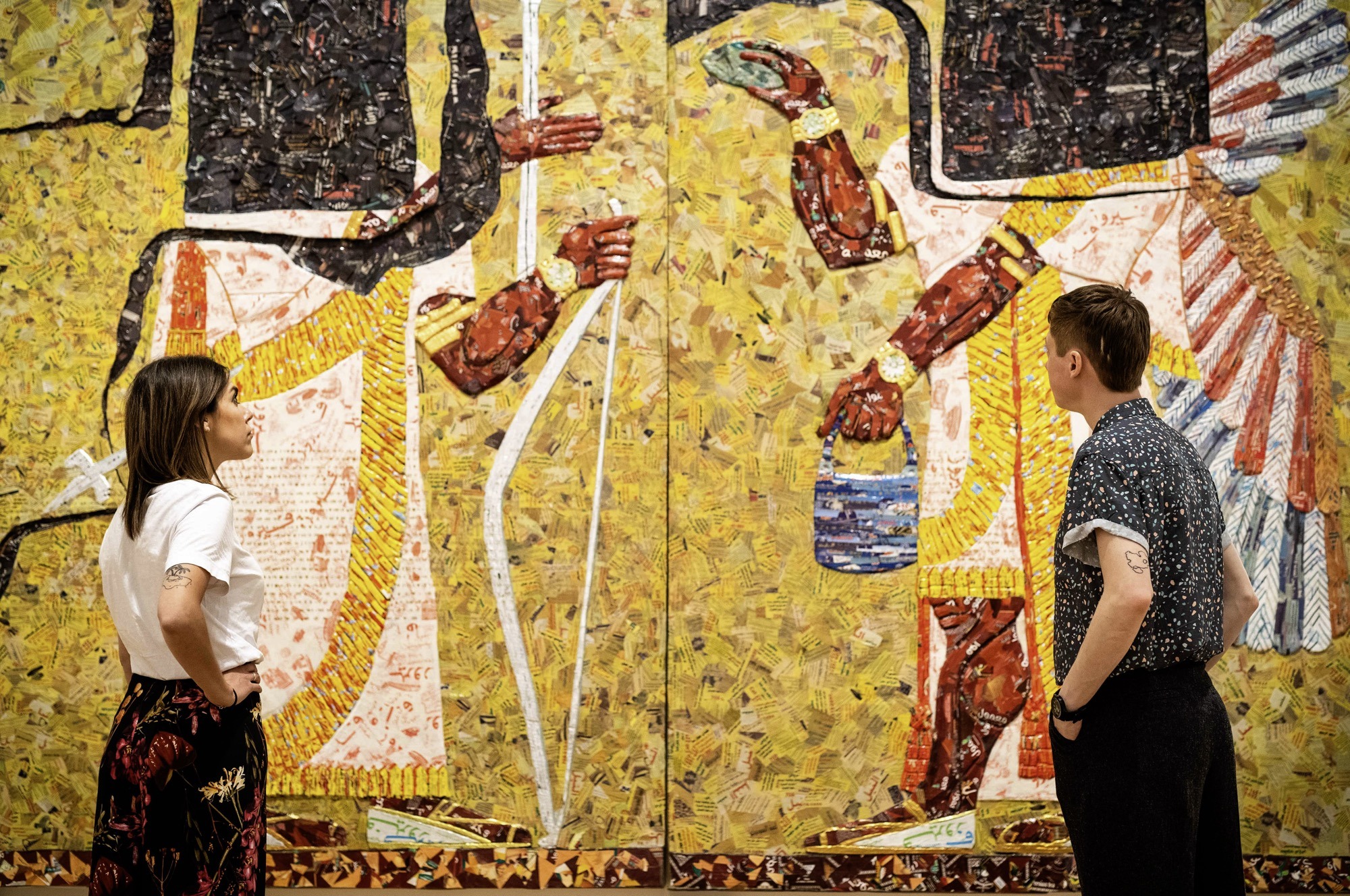 Standing on Trafalgar Square’s Fourth Plinth is a human headed winged bull reconstructed from an Assyrian statue by American-Iraqi artist Michael Rakowitz (b. 1973). Sculptor, detective and occasional chef, he takes his cue from historic buildings and artefacts to create enthralling environments.

Rakowitz’s first European survey show begins with Dull Roar (2005) an inflatable tower block inspired by a 1950s high rise estate in Missouri that aspired to end poverty but ended in demolition. Opposite this poignant monument stands an Aboriginal community’s response to poor housing; working with the artist they recycled their derelict homes into a model of Tatlin’s Tower.

Creativity from destruction also characterises What Dust Will Rise (2012). Working with Afghan artisans, Rakowitz honours Jewish and German libraries destroyed in World War II by carving stone books from the ruins of the Bamiyan Buddhas. Recouping other lost histories, he uses ephemera from The Beatles in The Break-Up (2010) to parallel two unrealised dreams: the group’s plan to play in Jerusalem and peace in the Middle East. A flotilla of plaster casts created by Armenian craftsmen in 1900s Istanbul celebrates their artistry while revealing their dark fate; brightly coloured date syrup cans are used to recreate ancient artefacts destroyed or looted after the US Iraq invasion; and an American toy soldier features as the hero of Rakowitz’s film about Iraq’s Mosul Museum. The show ends with a flying installation of buildings imagined by the people of Budapest and their visions of a hopeful future.
www.whitechapel.org